North Korea says U.S. has to roll back 'hostile policy' before talks 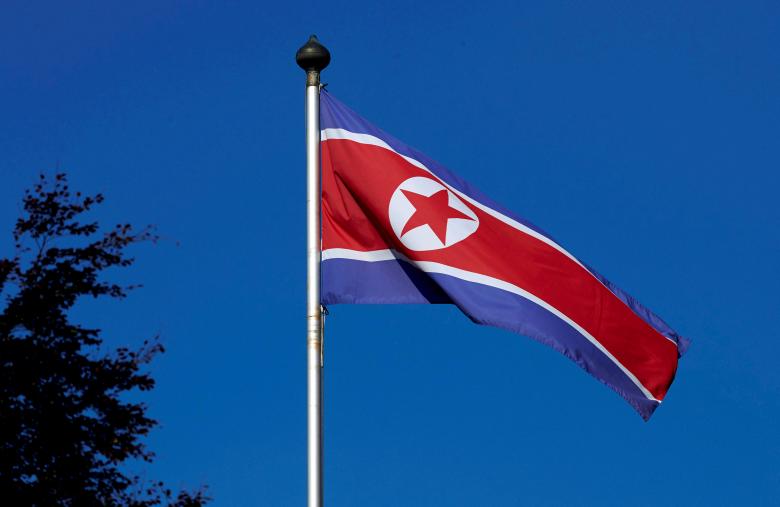 NEWYORK, May 20: North Korea's deputy U.N. envoy said on Friday the United States needed to roll back its "hostile policy" toward the country before there could be talks as Washington raised concern that Pyongyang could be producing a chemical used in a nerve agent.

"As everybody knows, the Americans have gestured (toward) dialogue," North Korea's deputy U.N. ambassador, Kim In Ryong, told reporters on Friday. "But what is important is not words, but actions."

North Korea, also known as the Democratic People's Republic of Korea (DPRK), has vowed to develop a missile mounted with a nuclear warhead that can strike the mainland United States, saying the program is necessary to counter U.S. aggression.

U.S. President Donald Trump warned in an interview with Reuters in late April that a "major, major conflict" with North Korea was possible, but said he would prefer a diplomatic outcome to the dispute over its nuclear and missile programs.

Trump later said he would be "honored" to meet the North's leader, Kim Jong Un, under the right conditions. A U.S. State Department spokesman said the country would have to "cease all its illegal activities and aggressive behavior in the region."

The U.N. Security Council first imposed sanctions on North Korea in 2006 and has strengthened the measures in response to the country's five nuclear tests and two long-range rocket launches. Pyongyang is threatening a sixth nuclear test.

U.S. Ambassador to the United Nations Nikki Haley raised concern on Friday about an application by North Korea to patent a process to produce sodium cyanide, which can be used to make the nerve agent Tabun and is also used in the extraction of gold.

"The thought of placing cyanide in the hands of the North Koreans, considering their record on human rights, political prisoners, and assassinations is not only dangerous but defies common sense," Haley said in a statement.

North Korea submitted the patent application to a U.N. agency, the World Intellectual Property Organization (WIPO), for processing. The agency does not grant patents.

U.N. sanctions monitors said they are investigating the case for any violations. Under U.N. sanctions, states are banned from supplying North Korea with sodium cyanide and Pyongyang has to abandon all chemical and biological weapons and programs.

WIPO said in a statement that it has strict procedures to ensure full compliance with U.N. sanctions regimes. It noted that "patent applications are not covered by the provisions of U.N. Security Council Resolutions."

Haley said: "We urge all U.N. agencies to be transparent and apply the utmost scrutiny when dealing with these types of requests from North Korea and other rogue nations."