Trump says he is worried about terrorist attacks if U.S. troops leave Afghanistan 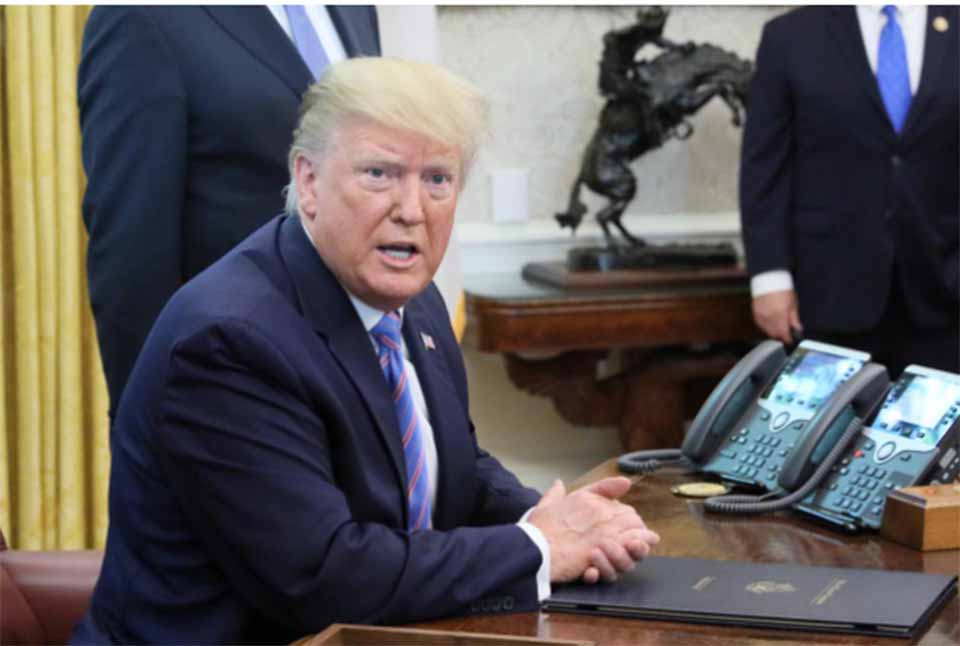 WASHINGTON, July 2: President Donald Trump said he wants to pull U.S. troops out of Afghanistan but is concerned that without an American military presence, the country could be used as a base for terrorist attacks on the United States.

In an interview on Fox News broadcast on Monday, Trump said the problem with pulling the 9,000 U.S. troops from Afghanistan, the site of America’s longest war, is that the country is a “lab for terrorists.”

“I call it the Harvard of terrorists,” Trump said.

He recounted conversations he had with U.S. military officials telling them of his desire to remove troops. He said they warned him it would be better to fight terrorists in Afghanistan than at home.

“‘Sir, I’d rather attack them over there, then attack them in our land,’” Trump said a general had told him. “It’s something you always have to think about,” Trump said.

Even if the United States did remove its troops, Trump said, it would leave a “very strong intelligence” presence in Afghanistan.

The interview with Trump was taped over the weekend, prior to Monday’s truck bomb attack by Taliban Islamist fighters that killed six people and wounded 105 in Kabul.

U.S. special peace envoy Zalmay Khalilzad held a seventh round of peace talks on Monday with the Taliban in Qatar, aimed at bringing the 18-year-old war to an end.

The focus of the peace talks has been a Taliban demand that foreign forces leave and a U.S. demand for a guarantee that Afghanistan will not be used as a base for attacks elsewhere.

The United States went to war in Afghanistan in response to the Sept. 11, 2001, attacks on New York and the Pentagon, seeking to oust the Taliban militants harboring Saudi-born al Qaeda leader Osama bin Laden, who led plans to carry out the attacks. About 2,400 U.S. forces have been killed in the conflict.

Biden set to withdraw U.S. troops from Afghanistan by Sept. 11