NATO: Blast inside US base in Afghanistan kills 4 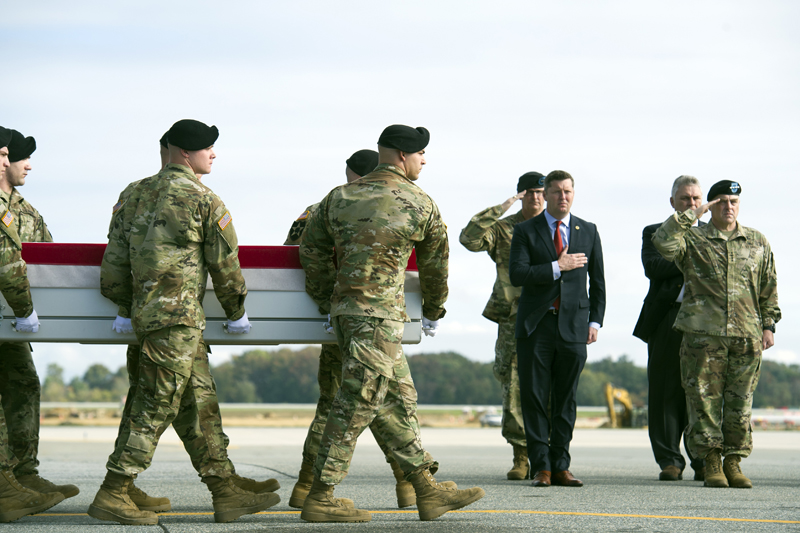 KABUL, Afghanistan, Nov 12: An explosion at a U.S. airfield in Afghanistan early Saturday killed four people, the head of international forces in the country said.

U.S. Army Gen. John Nicholson said another 14 people were wounded in the attack inside Bagram Air Field. He said the blast was caused by an "explosive device," without providing further details. The incident was being investigated, he said in a statement.

An earlier statement from NATO's Resolute Support mission said the blast happened around 5.30 am (0100 GMT) and that "force protection and medical teams are responding to the situation."

The Taliban claimed responsibility for the attack, which they said was carried out by a suicide bomber inside the base. Zabihullah Mujahid, a spokesman for the insurgent group, said the attack had been planned for four months.

The Taliban regularly fire rockets at Bagram from outside its perimeter.

Abdul Wahid Sediqqi, spokesman for the governor of Parwan province, where the air field is based, told The Associated Press he had reports of four dead and around 18 wounded in the attack. Laborers employed at the base line up at the gates around dawn, he said, adding that an attacker could have been among the men entering the base Saturday.

There was no immediate word on the nationalities of those killed and wounded. It is NATO policy not to release such details until families have been informed.

ISLAMABAD, July 25: A suicide bomber on a motorcycle rammed into people waiting outside a busy polling station in the... Read More...

In a new twist, EC trashes demand of NCP rival factions to recognize them as official NCP
1 hour ago