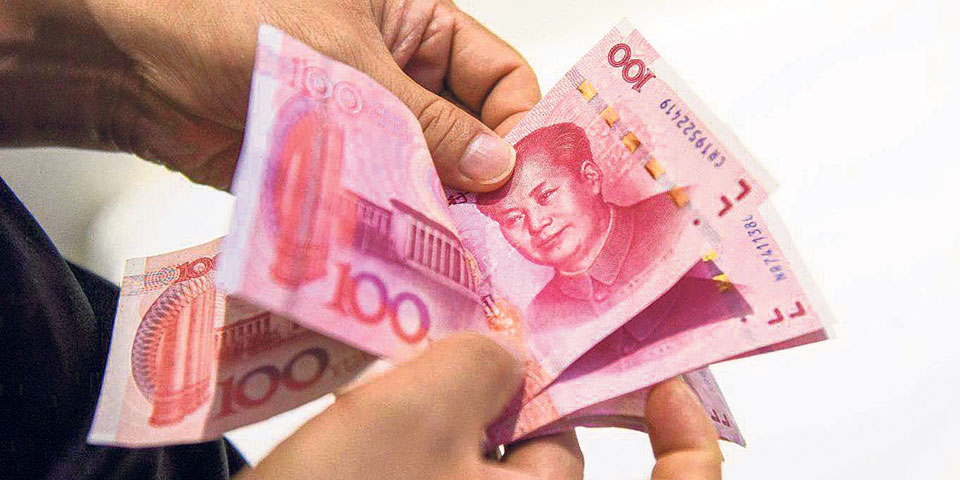 By accusing China (or any other country) of “currency manipulation,” Trump administration is effectively demanding that the Chinese appreciate their currency—that is, make each renminbi cost more in dollars

WASHINGTON, DC – Would you believe the following story if you heard it? Imagine a small, rural town with one general store that sells to, and buys from, the farmers living in the surrounding area. Owing to their large families, the farmers have been running up a tab at the store, and they now owe the store a great deal of money. So, they organize a protest to demand that the store raise its prices on seed, fertilizer, and the like, while reducing the price it will pay for the farmers’ grains.

Obviously, the scenario is absurd. Paying even higher prices for agricultural supplies and receiving less for what they produce will not help the farmers pay off their tab. Indeed, either change would probably result in higher profits for the store, and greater losses for the farmers and their families.

In this nonsensical parable, US President Donald Trump’s administration represents the farmers. By accusing China (or any other country) of “currency manipulation,” the administration is effectively demanding that the Chinese appreciate their currency—that is, make each renminbi cost more in dollars.

To be sure, many politicians over the years have argued that China and other developing and emerging economies “manipulate their currency” to gain a competitive edge. By reducing the purchasing power of their own currencies, they can make their exports cost less to foreign buyers, while rendering imports more expensive to domestic buyers.

To account for such concerns, the United States has a law mandating that the Department of the Treasury prepare a biannual report for Congress specifying whether any currencies are being “manipulated.” If the Treasury does so specify, the administration is then expected to carry on “talks” with the accused country. But, even then, the law mandates no penalties.

Congress has established three criteria to determine whether manipulation has occurred. The offending country must have a current-account surplus above three percent of GDP; it must have intervened in the foreign-exchange market to make its currency cheaper; and it must have a bilateral surplus with the US in excess of $20 billion.

In August 2019, China’s current-account surplus fell below three percent of GDP, and the Chinese government had previously been intervening not to devalue the renminbi but rather to prevent further depreciation following Trump’s threats of additional tariffs. In the event, the US declared China a currency manipulator anyway, only to remove the designation as a part of the “phase one” trade deal agreed in January.

But, in the meantime, the Trump administration has discovered a new tool with which to bludgeon foreign competitors. The Department of Commerce this month issued a rule that allows for additional levies on imports from countries deemed to be currency manipulators, with the percentage increase in the tariff (in addition to the statutory tariff and the antidumping or countervailing duty margin) being equal to the estimated percentage by which the currency is deemed undervalued. Worse, under the new rule, there is no legal process that the department must follow when determining whether “manipulation” has occurred.

Accordingly, an American company that believes it is losing sales to a foreign company may now appeal to the Commerce Department (and the International Trade Administration) for special treatment. Even if a (profitable) German exporter charges the same prices for the goods it sells domestically as it does for the goods it sells in the US, an American firm can demand additional levies by citing “currency manipulation.” And if no US firm acts, the Commerce Department can simply initiate such appeals on its own.

The US has long had one of the world’s strongest economies, owing in no small part to its respect for the rule of law and its efforts to maintain a level playing field for competition—both foreign and domestic—within the US market. Given this tradition, it is puzzling that so many American politicians and businessmen are now terrified of other countries’ economic strengths.

True, the US has also long championed extraordinarily loose criteria to justify anti-dumping measures and countervailing duties, and it has secured rules and procedures for determining such offenses within the World Trade Organization. But a finding of “currency manipulation” has never been among the relevant criteria. Most likely, the Trump administration’s unilateral decision to add currency manipulation to the list will be contested in court and at the WTO.

More broadly, the Trump administration’s currency politics will be felt everywhere. Trump has complained that both Argentina and Brazil are manipulating their currencies, even though those countries’ exchange-rate depreciation is obviously a response to high inflation. The International Monetary Fund and others have recommended that both pursue devaluation in order to restore macroeconomic balance.

Meanwhile, Trump continues to call on the US Federal Reserve to lower interest rates and ease its monetary policy so that the dollar will depreciate. Apparently, the US is free to manipulate its currency—just so long as no one else does.

Trump says he and Xi will sign China trade deal