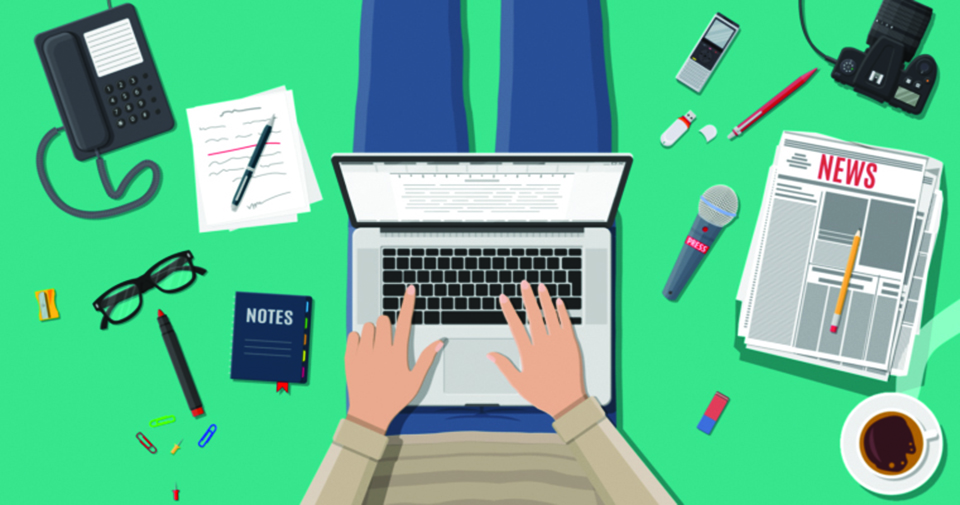 Buddha’s teachings carry much relevance in journalism as well. Journalists should explore these values to promote quality and deepen their journalistic insight

Empowering citizens with truthful and relevant information that nourishes their mind for effective management and maintenance of their lives is the principled stance of journalism even amidst commercial pressures. No matter how market-driven we think we are in every sector, including the journalistic domain itself, we formally cannot undo the universally upheld ideal of journalism regarding its public nature and impact, with both apparent and underlying implications. However, variations in psycho-moral settings of the society definitely influence different stakeholders’ meaning construction processes. Psycho-moral settings themselves are affected by political and socio-economic circumstances.

Journalists cannot be an exception in this context. Hence, numerous challenges lie ahead in working toward quality journalism. Leaving aside economic and market factors, this article intends to discuss some vital prerequisites for quality journalism, especially in terms of journalists’ own insight-building dimensions.

A personality as a human being is someone with a disciplined moral and mental culture and strength through which to produce wholesome thoughts and actions. The amalgamated form of these moral and mental attributes is the person’s personality as an aggregate quality or identity. Moral personality of journalists especially refers to their honesty in their journalistic practices. Maintaining honesty in journalism is tantamount to working with full loyalty to citizens, with a commitment to elemental journalistic values such as truthfulness, factual accuracy, meticulous verification, maximum fairness and objectivity, independent coverage and comprehensive and proportional diversity. Developing these special journalistic qualities results in the enhancement of journalists’ insight with which they can carry out their public responsibility with appreciable quality.

Moral personality factors briefly overviewed above are instrumental to insight building in journalists. Journalists are expected to become reasoning actors by nature. But they also need to be moral agents in their society. They knowingly or unknowingly cast their own image mostly through their products, the news reports. Despite the unavoidability of hidden errors in different circumstances, their moral stance for truth-seeking for the sake of greater public good molds them as responsible journalists.   Human beings are moral beings because they are rational. They are rational because they are gifted by nature with reasoning brain mechanisms. To what extent and for what purpose they utilize their inherent potential depends on many seen and unseen variables. But one thing is experientially clear: Moral and mental cultivation makes a blockbuster difference in determining their physical, mental and speech actions. This is a major aspect to which the Buddha drew human beings’ attention more than 2,500 years ago. That journalists could benefit substantially from this age-old insight is something universally relevant no matter how widely divided human beings are politically, ethnically and religiously. Morally and mentally enhanced human beings can become very powerful journalists. Ultimately, every journalist would like to be the best professional. Independence or autonomy is a pivotal value that journalists often refer to as far as their professional code of conduct is concerned. The Buddha taught us this mind-operating tool in the form of ethical code of human communication, especially under Right Speech category of principles—avoidance of violent or harmful communication—and maintenance of truthful communication, especially with reference to his Noble Eightfold Path that includes Right View, Right Intention, Right Speech, Right Action, Right Livelihood, Right Effort, Right Mindfulness and Right Concentration. These integral components of Buddha’s teachings carry much relevance not only in the spiritual realm but also in all human affairs, definitely including journalism. It is advisable that journalists explore these values to promote quality and deepen their journalistic insight.

Media freedom, meant for public wellbeing through sincere utilization, is a prerequisite for producing quality journalism. Since quality journalism results from a good-intentioned urge for making people well-informed decision-makers, it cannot grow under a disguised democracy.  Totalitarian political players often tend to believe, as the world history shows, that they are supreme and need to maintain their supremacy at any cost by imposing their individual interests and whimsical desires on the general public under the veil of public prosperity. While they irritatingly chant prosperity in public, they are psychologically oriented toward quenching their personal interests indulged in propagandistic hallucinations of public happiness and prosperity at a time when masses at grassroots suffer unprecedentedly out of their ill-governance and politico-economic lustfulness. Strong objections to their ill-governance ventilated via different alternative outlets, however, threaten their continuity of power. This is why they, out of their nature, threaten journalists. In a society where a nonstop series of financial scandals explode out through mass media, journalists often have to face a higher threat, though constitutional and legal provisions authorize journalists to inform the general public on matters of public significance. In modern times marked by the frequent parroting of highly elevated political rhetoric powered and channelized by information communication technologies (ICTs), it is not that easy to identify totalitarian experts, often hybridized through the cross-cultural integration of anti-democrats and neo-feudal oligarchs. They may emerge more dangerous at times.

A noble means to safeguard press freedom would be to pursue the path of quality journalism, which is content-rich, ethically responsible, proactive and constructive rather than reactive and destructive. Since democracy is not an ornament for display or publicity, it is the primary duty of journalists—on the basis of credible sources— to inform people on causes, effects and possible solutions when they suffer heavily due to a small number of individuals. Just because journalists cannot defend a few perpetrators’ crimes, their work cannot be considered a criminal offense.  Moreover, press freedom tremendously serves political and business organizations, which, therefore, have an obligation to defend press freedom whenever it is threatened. Since democracy is not a mere ornament for display, quality journalism nourished by press freedom and ethics helps to create and nurture a sound ground for people with varieties of characteristics and backgrounds to live and grow side by side. This is the direction toward which quality journalism may be geared.