Tourists reluctant to go back home 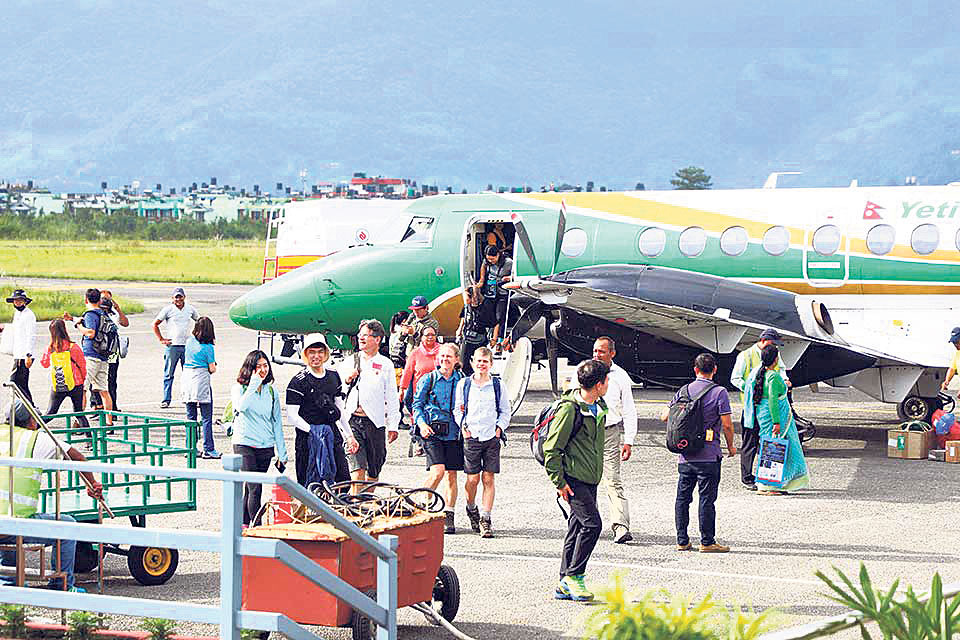 Similarly, there are some foreign tourists staying in hotels in Pokhara. They too have declined the offer to go to Kathmandu. According to the government officials, 141 people including 135 foreigners returned to Kathmandu through three chartered flights. The foreign tourists who have decided to stay back are worried about the transmission of the coronavirus during their travel.

According to Bed Prasad Aryal, chief district officer of Mustang, foreigners who have reached the district after trekking, see staying back as a safe option rather than returning home. “They want to stay in Nepal as the coronavirus has not taken the form of pandemic here, despite their visa status, there is no problem for their accommodation,” he said, “That is why they want to stay here and we could not force them to leave.”

“It is scary for them to leave for their country as they might get infected during their travel,” Aryal told Republica, “They might want to stay here thinking that staying in Nepal is much safer.”

Bikal Tulachan, president of Paschimanchal Hotel Association, said that around 200 foreigners are staying in different hotels of Pokhara. He mentioned that the tourists staying back in Pokhara think that it is safe to stay back rather than travel to Kathmandu and then their home countries. “I met some tourists and they have told me that staying where they are is more safer than moving as there are no threats in Nepal,” Tulachan said, “We have also asked the hotels where international guests are staying to continue providing their services.”

Hari Bhujel, president of Trekking Agencies' Association of Nepal (TAAN), also stated that the guests are willing to stay back. “Tourists who have come to visit Nepal individually do not want to go back home, and they have been staying in different hotels of Pokhara,” Bhujel said. At this moment, foreigners who are staying in different hotels of Pokhara have come to Nepal individually. “The processing of air flights is a hassle and many fear of transmission of the coronavirus during their travel,” he said, “Some countries have chartered flights for their citizens but not all countries have made the arrangement so some foreigners have deemed Nepal a safe place to stay for now.”

Ramchandra Tiwari, director at the Department of Immigration, said that there are no problems for foreigners whose visa have expired. “Even if their visa expires, after the crisis, it will be automatically renewed,” he said, “This might be one of the reasons why the foreigners are trying to stay in Nepal.”

Envoy Rana on long home leave in the time of pandemic

KATHMANDU, April 8: At a time when the Ministry of Foreign Affairs (MoFA) has directed all its missions to monitor... Read More...

More than 2,000 now infected with coronavirus; 56 dead in China

SHANGHAI, Jan 26: More than 2,000 people globally have been infected with a new coronavirus, the vast majority of them in... Read More...