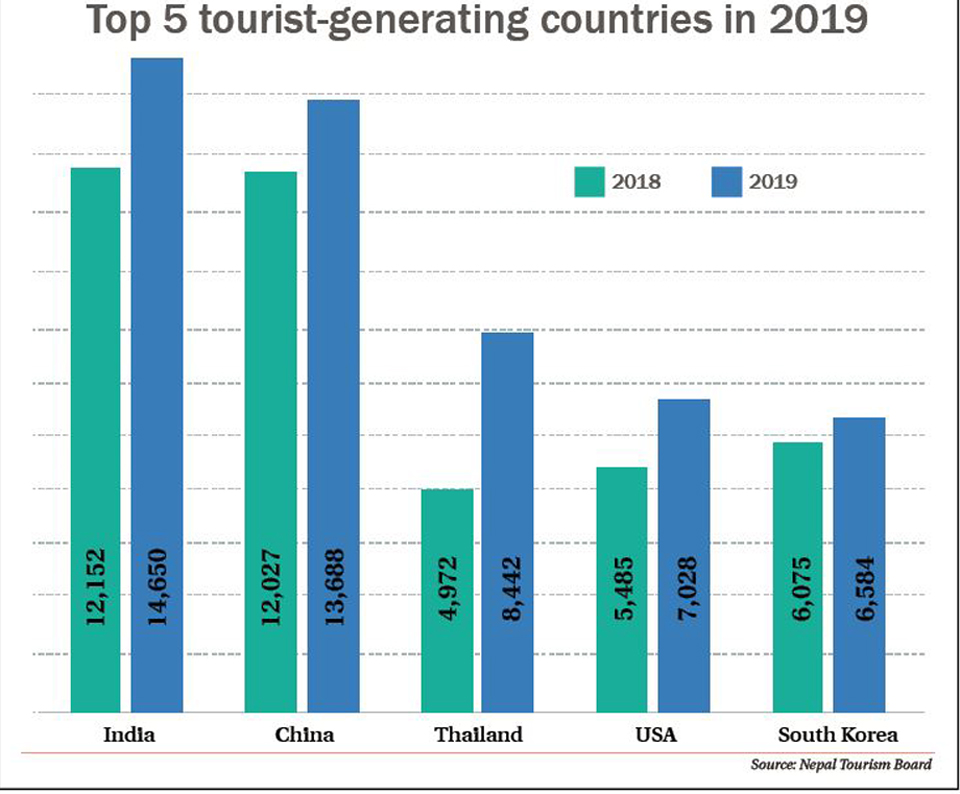 Data compiled by Department of Immigration and released by Nepal Tourism Board (NTB) shows 77,300 international visitors entered the country via aerial route, while 14,493 were overland visitors.

According to the NTB, total arrivals from SAARC countries grew by 11.6 percent to 17,432.

Similarly, arrivals from the US grew by 28.1 percent to 7,028 in January. Nepal welcomed 3,526 tourists from Australia in January – a growth of 31.3 percent compared to arrival figures of the same month last year.

Commenting on the growth in tourist footfalls, Deepak Raj Joshi, CEO of NTB, said the growth in international visitor arrivals in the very outset of 2019 became possible because of continuous dissemination of positive messages in the international market. "We appreciate the support from media and all tourism stakeholders for the sustained growth that has continued well in 2019. This growth has encouraged us to work even harder to harness the strengths of both public and private sector in the days to come," Joshi is quoted as saying in a statement issued by the NTB.

KATHMANDU, Jan 4: Under a blazing winter sun in a corner of a maze of old buildings and temples, Dinesh... Read More...