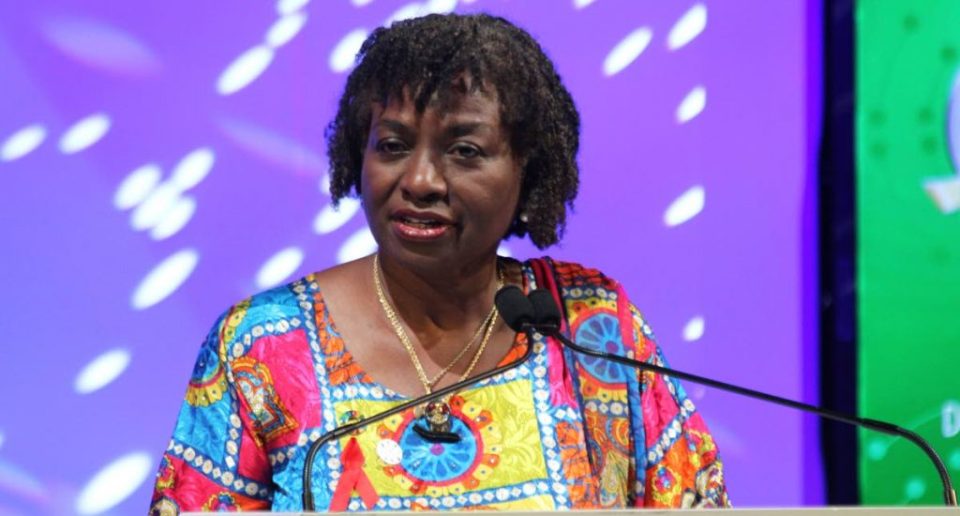 This is her first official visit to Nepal since her appointment two years ago, according to a press release issued by the UNFPA country office in Kathmandu.

She is accompanied by Bjorn Andersson, the UNFPA Regional Director for Asia and the Pacific and Pio Smith, UNFPA Chief of Staff.

This year, 2019, marks the 50th anniversary of UNFPA and the 25th anniversary of the International Conference on Population and Development (ICPD), held in Cairo in 1994, where 179 governments, including Nepal, unanimously articulated a bold vision regarding the relationship between population development and individual rights and choices, with women and girls at the center of the development agenda.

The landmark ICPD Programme of Action commits to universal access to sexual and reproductive health and reproductive rights for all, underpinned by women’s empowerment and gender equality within the broader framework of human rights, as a pathway to sustainable development.

The ongoing visit is aimed at recognizing the significant achievements by Nepal in relation to the Cairo vision and the commitment of the government to its full implementation by 2030, according to the press release.

The top UN official is here to invite the government at the highest level to participate in the Nairobi Summit on ICPD25, which will be held on 12-14 November, as a champion of reproductive rights.

Since the Cairo conference, access to sexual and reproductive health services including family planning and skilled birth attendants has significantly increased in Nepal. This has resulted in reducing preventable maternal mortality by more than half to 239 per 100,000 live births. However, the pace of progress has been slower in the last decade due to a persistently high level of unmet need for family planning services and one of the highest rates of child marriage resulting in early pregnancy and childbirth in the world, among other factors.

“Nepal has made such momentous strides under the ICPD Programme of Action in the past quarter century, amid formidable challenges,” noted Dr Kanem, “but now is the time to urgently address the unfinished business. The Rights to Safe Motherhood and Reproductive Act introduced last year is a remarkable piece of legislation that is forward-looking and will certainly help accelerate efforts to achieve the goals agreed to in Cairo, goals which will be reaffirmed and recommitted to in Nairobi next month as well”.

The Nairobi Summit on ICPD25: Accelerating the Promise, is being co-convened by the governments of Kenya and Denmark, along with UNFPA, and will bring together heads of state, ministers, parliamentarians, civil society organisations, young people, faith-based organizations, business and community leaders, and media partners to galvanize partnerships, mobilize political and financial support, and to help foster ideas and commitments to fully realize the ICPD vision and the SDGs by 2030.

While in Nepal, the UNFPA delegation will hold meetings with senior government officials, development partners, CSOs and other key stakeholders as well as UNFPA staff.

“As we gear up for Nairobi, we’re gratified that Nepal and all our member states have recognised that without achieving ICPD we simply won’t achieve the SDGs that underpin the 2030 Sustainable Development Agenda,” said Dr Kanem. “We thank Nepal for its valuable partnership and support in working with us towards our transformative results: Zero maternal deaths, zero unmet need for family planning and zero gender-based violence and other harmful practices such as child marriage. This is critical in fulfilling the vision of ICPD and the SDGs – that of leaving no one behind.”

KATHMANDU, Oct 11: Preparations are in full swing in Kathmandu to welcome Chinese President Xi Jinping who will be arriving... Read More...