Too many ‘useless’ and substandard roads 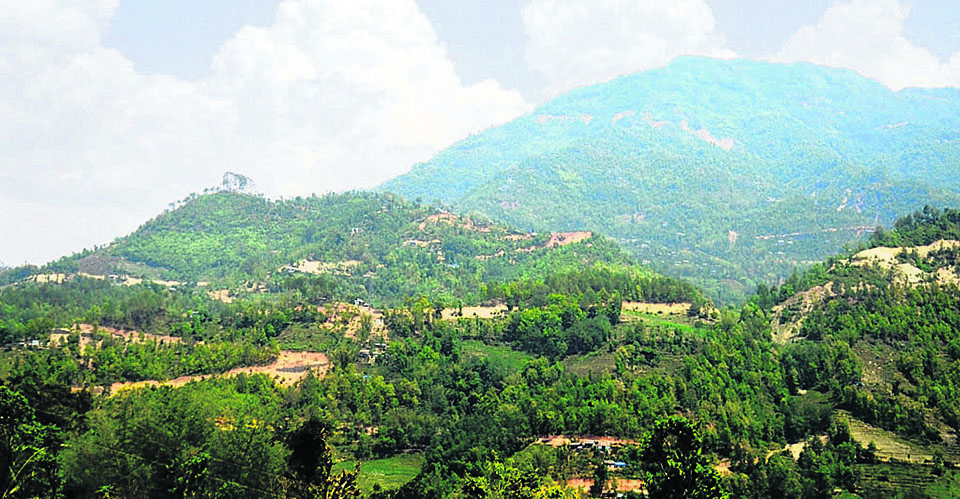 PANCHTHAR, May 21: Four people were killed in road accidents last month in the rural areas of the district because of narrow roads that are in utterly poor conditions.

Six weeks ago, vehicles used by Economic Affairs and Planning Minister of Province 1, Indra Bahadur Rai and his team got stuck while they were on their way to attend the Chauri Mahotsav at Falelung of Chartare. The passengers had to get out of their vehicles and push them.  Fearing similar hassles on the return journey, many returned via India.

Odin village mountains in Fidim Municipality – 2 are very popular among tourists. However, their beauty is now under threat due to haphazard road construction. Excavators were recently seen widening roads along these mountains.  Local tourism entrepreneurs expressed unhappiness with the work. They claimed that it was an unnecessary move arguing that a road was already there and the road expansion disfigured the beauty of the mountain.

All critical projects of the federal, provincial, as well as the local governments, are centred on constructing and widening roads. Road reach is being expanded in all 60 wards of the district and is expected to reach most of the doorsteps. However, the lack of proper engineering in doing so has marred those projects. “If you look at the roads in remote areas, you will see that they have cracks and are badly affected by landslides. They are namesake roads. In monsoon, these roads become very muddy and are prone to accidents throughout the year,” said Chief of District Coordination Committee Bishnu Sapkota. “Only a few, very few roads are well constructed in rural parts of the district.”

Sapkota stressed on the need to shift the focus towards improving the roads. If this is not done, the roads would only bring disasters instead of helping in people’s mobility, he warned.
“Haphazard use of excavators has weakened the structure of the mountains. This has made settlements around the roads vulnerable to landslides. If we do not respond to such threats on time, we are going to face serious natural disasters,” said Sapkota.

Even the big-budget roads, which were constructed with a high priority, do not remain in good condition during monsoon. Most of the roads become entirely unusable during the rainy season. However, the authorities have not taken measures to regulate the construction of rural roads.
The federal government has overseen the Mid-Hill Highway section, Koshi Corridor, Ranke – Bhedetar road sections, Fidim – Falot – Mayalumod – Nawamidanda roadblock.

The provincial and local governments are handling dozens of road projects in towns and villages across the district. It is apparent that many roads projects are the results of demands from the community. However, only a few are able to serve the purpose.

According to Prem Kafle, an engineer with the District Coordination Committee (DCC), a very few roads have been constructed based on proper engineering calculation. “There has been growth in the number of roads. Nowadays, there are too many roads across the district, almost reaching every household. But in terms of quality, most of them are poorly constructed,” said Kafle. “Except for some blocks of Mechi Highway and Mid-Hill Highway, other roads built of late are of poor standards,” he added.

A road construction project is handed over to the contractor after the local consumers’ committee decides and endorses their bid. Contractors take no time in bringing excavators and digging the earth. That is how roads are built, explained Kafle.

“Local level governments endorse projects through consumers’ committee, and rarely anyone follows the due process. Most of them don’t do environment assessment and construct the road by taking engineering measurements,” he remarked. “Except a few, most of the roads are very risky. There are fewer roads which remain open throughout the year.”

Accurate data on the number and length of roads across the district is hard to come by. According to District Traffic Police Chief Janak Timsina, around 75 per cent of the rural roads are not usable. “But people use these roads and as such accidents have been increasing. Accidents are more frequent in rural roads compared to main highways,” Timsina said. “People want to use rural roads, and it’s not possible to restrict them from doing so. We intervene only if the condition of a road is terrible,” he added.

Chief of Drinking Water Division Office, Suratlal Chaudhari, claimed that haphazard opening of road tracks has been affecting natural water sources. Due to extensive use of excavators in the mountains and jungles, both human settlements and wildlife are at risk, he noted.
“Water sources are drying rapidly. If this kind of senseless development is not stopped, the environment will degrade beyond imagination,” he warned.

BIRGUNJ, April 28: The number of wild animals facing unnatural deaths from being struck by speedy vehicles on the Pathlaiya-Amlekggunj... Read More...