To an American friend 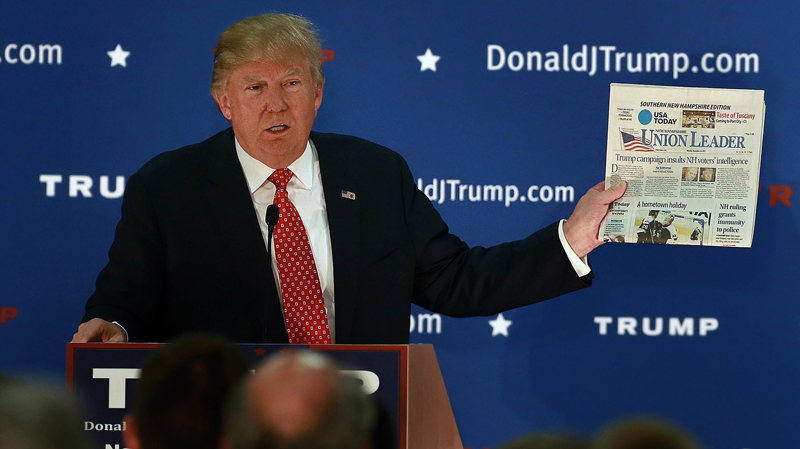 A young democracy, Nepal shares some of these defects seen in the US but we lack significant historical wisdom

“One of the most important things you can do on this earth is to let people know they are not alone.”
— Shannon L Alder

Dear J,
I send you warm greetings from Kathmandu, blessed at this time of the year with clear, autumn skies and a pleasant weather. I hear that the presidential election results have left many people shell-shocked and scratching their heads. Hope you and your countrymen will find the wisdom to reconcile with the emerging realities.

I know it is hard. Nepal’s own transition to democracy has been incredibly messy. We have elected one demagogue after another. Authoritarianism has only resurged. But given how little the political parties or leaders differ in their public ethics, it does not matter which side of the political fence they sit.

Disbelief has a way of helping us to carry on. A day following your presidential elections, I was speaking with some American writers in Kathmandu. Knowing that “the Donald” had won, they were stunned to the point of embarrassment. In fact, one of them said he was happy to be away from home this election day.

I was hoping some of them would turn out to be Trump supporters who could explain to me why so many Americans back home were cheering Trump, variously described as intemperate, unprincipled, unqualified, bigoted, racist, misogynist, sexual predator, sycophant, and even a con man or a fascist. Doesn’t he sound more like a “Third World” leader? It seems jingoism has a way of stirring up nativists everywhere in the world.

I was sorry for the disappointment of these friends but also felt a sense of admiration for their candor and their spirit of internationalism. The beauty of American democracy is that it does not impede a peaceful transition of power for a duly elected leader, whatever his credentials, I said, trying to cheer them up. An acknowledgement was immediate: “That’s the best thing I have heard all day”.

I hope I’m right about that, and once in power, Trump may soften his rhetoric. As someone who studied journalism in the US, I have always relished the freedom, diversity, technological edge and logistical sophistication of news media there. I find it awful to hear about their “epic failure” in objectivity, in reading the public pulse in Middle America.

The media’s political complicity, ratings greed, appeasement and omissions may not alone help to explain the riddle of American votes. You still have access to a diversity of alternative sources of neutral, reliable information. And you certainly live in a mature democracy. Is the power of public so feeble that they can be so easily manipulated by partisan outlets, their distortion and propaganda?

As a young democracy, we share some of these defects, but lack significant historical wisdom. I believe you have the benefit of insights from towering critics and intellectuals like Alexis Tocqueville, Walter Lippman and John Merrill, who have, over the centuries, warned about the impact of intrusive, sensational and manipulative media. “The present crisis of Western democracy is a crisis in journalism,” wrote Lippmann in 1920. Referring to the adverse impact of newspaper distortion and lies on public judgments during World War I, which in turn led to authoritarianism, he wrote: “Men who have lost their grip upon the relevant facts of their environment are the inevitable victims of agitation and propaganda”. This sounds eerily familiar today on the backdrops of the war on terror and the resurgence of right-wing radicalism.

I do believe that the crisis of journalism has become more complex today. It is clear that the overwhelmingly personalistic election coverage was saturated with Trump’s deviance, drama and demagoguery. This we can relate to the coverage of Prachanda, our own usurper, during the Constituent Assembly elections of 2008.  Consequently, the issues in the US elections were relegated to medialities such as “the wall” and “emails”. Radio in the US is not as effective a news source as in rural Nepal and the media there, even with their wider reach, missed the local hook.

Journalists relied heavily on data this time to predict the results, but notably, most election polls turned out to be outright wrong. As Chris Suellentrop, who writes for the New York Times and who has covered the past four elections, told me, people can be notoriously bad at understanding probability and the rise of this kind of predictive journalism led them to be complacent. “The fine print emphasized that Trump had a serious chance of winning. But people don’t read the fine print”. It’s perhaps a relief that election polling is a rarity in Nepal.

Another low was the partisan gaggles and cheer-leading on TV, further intensified by some radical websites. Suellentrop has observed a sharp rise in partisanship in the US news media over the past 20 years. There are many good reporters who try to be objective, he says, but increasingly outlets appeal to a narrow slice of the public. I, for one, find comfort in the fact that the US media are generally consistent in their biases; Nepali outlets are more unpredictable.

Social media filter bubbles received serious backlash this election season for the lies and hoaxes that spread on Facebook and Twitter, which have increasingly supplanted mainstream media, just as is the case in Nepal. The internet and social media have expanded public access to information but they also help people to seek what they want to see, not what is there.

I don’t know what you think about my premonitions about the US media, but there were some high points too. If not always in content, they were admirable in their news process. Several major channels and public outlets collaborated on tracking and covering voting problems. It is hard to imagine Nepali outlets working together like that.

Suellentrop believes that the major newspapers such as the Washington Post and the New York Times did a good job in covering issues, controversies, campaign promises, etc. Of course, he adds, not everyone reads the newspaper, and what “the media” means is so broad as to be close to meaningless. As for himself, he learned as much by not covering this election as he did by covering the previous four.

The US news outlets also pushed the technological envelope further, not only reporting results live but also publishing interactive features, doing aggregation, citizen journalism and social media monitoring. During the 2013 CA elections in Nepal, we had half a dozen outlets reporting results in their rudimentary online databases, impressive work judged by our own standards.

A less acknowledged but equally praiseworthy feature of US media is the integrity of their story structures, with careful attention to details, sources, context, and background, irrespective of the bias, even during the rush election season. In Nepal, we often forget sources, butcher quotes, and miss the big picture. Another impressive work to me was fact-checking, a crucial need in this emotive, post-truth era. We in Nepal are just taking baby steps in this predominantly American phenomenon.

I hear many Americans are ‘unfriending’ on Facebook; it will only solidify their filter bubble. I hope as the election rhetoric cools down, they will find the time to reflect on American exceptionalism rooted in the idea of freedom and liberty for all. That includes good journalism.

I am sorry I could not stop from writing my thoughts. If you need a relief from the election aftershock, I welcome you to visit Nepal. We may take a mountain hike, talk more about the media, or perhaps about economic justice for all earthlings in this globalized world.
With regards,
D

A communibty school becoming an example in rural Baglung