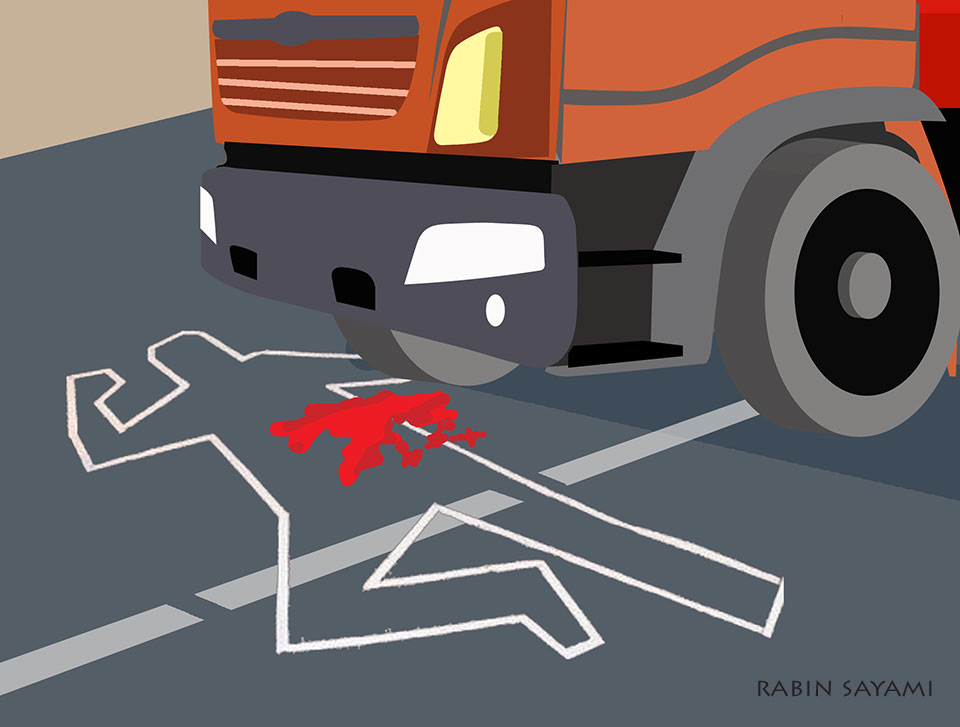 We all have this collective conviction that if only our roads were bigger and better, it would equate to safer travel and encourage people to abide by the rules. But the truth is that the width of our road seems to be inversely proportional to the stupidity of people who drive or ride on it. Witness the kids tearing up and down the newly built ring road or the lorry drivers blaring horns in a hurry to get somewhere or bus drivers who think nothing of racing one another to the next stop just to get a few more passengers. As our roads start getting wider and, in some instances, better, it’s becoming scarier for people on two wheelers – at least the ones who follow the rules and don’t ride around like idiots.

Granted that there is no such thing as a patient motorcyclist but, for majority of us sane riders, it’s hair-raising to read about accidents involving trucks and other assorted heavy vehicles on a daily basis. Any news relating to accidents involving vehicles we generically label as ‘tippers’ just adds to our collective sense of dread and fuels resentment against their irresponsible driving.

A lot of you might have seen the video of people resorting to smashing the windshields of a tanker that was involved in a collision in Teku. Such is the strong reactions it provokes. I’m not for violence of this kind but you can understand where all that anger comes from. Many of these incidents touch a nerve because they could easily happen to any of us through no fault of our own.

The roads in our capital just cannot accommodate these big vehicles, at least not during the daytime with all sorts of movement on our roads – from cycles to rickshaws to scooters to tractors to that strange hybrid generator vehicle that is used to transport heavy goods to pedestrians, wheelchairs, horses, and stray animals. Add into this mix our ridiculous sense of urgency (only when in traffic, mind you), almost institutionalized practice of also overtaking from the left and forcing our way into every nook and cranny to get to the top of the line and there you have a recipe for disaster. The only reason more accidents don’t happen is because all of us are hyper aware when it comes to these heavy vehicles and their propensity for rash driving.

Our roads are also not designed for these heavy vehicles – there are sections without a footpath for pedestrians thus making it necessary to walk on the roads, no visible signage or road markings for drivers of heavy vehicles to rely on. What they do is rely purely on sight, instinct, and anticipation and sometimes all of these are just not enough.

What a lot of bikers don’t realize (scarily enough) is that for heavy vehicles with high seating positions there are a lot of blind spots – just in front of the bonnet and close to the vehicle on the left hand side of it are just some of the areas I can think of – where the driver may not be able to observe your overtaking or maneuvering very clearly. Yes, anticipation and intuition does help but it’s not something every driver has. Which brings me to the drivers, most of who are barely out of their teens and not really appreciative of the dangers alluded to above and even generally posed by their massive vehicles.

When you throw into this mix our decentralized and dubious licensing processes, where it’s not necessary to even know the basics to obtain a driver’s license or the tendency to let ‘inexperienced drivers’ (aka helpers) have a go at the steering wheel and learn ‘on the job’, and we can begin to understand how these accidents occur. For a lot of these drivers, these are practice runs for jobs in Dubai, Qatar, and the like and many of them are not aware, let alone experienced, in the art of driving in areas with high and diverse traffic flow. It takes some amount of patience and reserve to prod along that slowly, as heavy vehicles inevitably will in our capital’s traffic, and not resort to rash driving or road rage.

It’s so obvious that it’s barely worth saying but the licensing procedures also must be made more robust (by robust I don’t mean manipulated to make applicants cough up more money) so that these incidents are prevented before loss of life and not investigated after it. For the short to medium term, the government along with the traffic police must implement the proposed time boundaries on heavy vehicles within the capital’s roads. The restricted movement of heavy vehicles during the day will lead to a collective sense of ease among the commuting public. God knows we already have enough to worry about on Kathmandu’s roads.

A few weeks back in Jhapa, two youths riding on a motorcycle were hit by a tipper, killing one on... Read More...

MAHENDRANAGAR, Feb 4: Two people were killed when a tipper they were travelling in met with an accident at Mujheliya of... Read More...

12 arrested in London's night of terror; IS claims attack