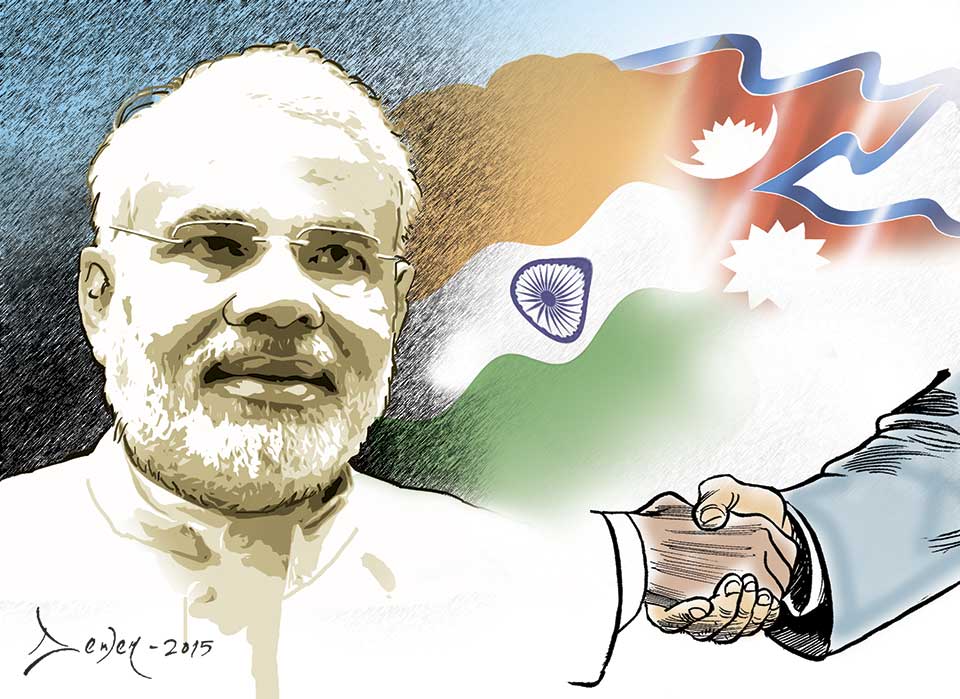 Modi’s visit to religious sites could prove another milestone in promoting religious tourism in Nepal.

Indian Prime Minister Narendra Modi is visiting Nepal for the third time since he assumed office in 2014. His 2014 visit was taken as an ice-breaking trip since he was the first Indian prime minister to visit Nepal after nearly two-decades, effectively starting a new chapter in Indo-Nepal bilateral relationship. His focus on 4 Cs—cooperation, connectivity, culture and constitution—during that visit visibly positioned his focus on India’s foreign policy.

The focus received further momentum in his second visit during the 18th SAARC summit the same year. Diplomats and analysts on both sides have much to more work on during and after the upcoming visit.

Modi government has made it clear that India will focus on improving diplomatic ties with South Eastern nations as per its ‘look east’ policy and give focus on immediate neighbors as per the ‘neighborhood first’ policy. Modi visited China last month to rebuild trust and open new chapter in Sino-India diplomatic ties that soured after Dokalam standoff last year.

During his conversation with Chinese President Xi Jinping, the two leaders agreed to improve strategic communication between their militaries to maintain peace at the border.
New Delhi is seeking course correction in its relation with Kathmandu where influence of China is gradually increasing, with an aim to keep Nepal within its diplomatic fold and move ahead in cooperation and mutual benefits.

Modi’s visit is expected to give added boost to already excellent Indo-Nepal bilateral relation as his love and respect toward Nepal is evident. The visit is also expected to enhance cultural and religious ties between the two countries as he is visiting world famous pilgrimage sites such as Janakpur and Muktinath.

Modi seems resolute on making India a powerhouse of the globe. In four years, he has done many important works to uplift India, which is now becoming the fastest growing economy of the world. This has established Modi as one of the most-loved leaders in India. His party—Bharatiya Janata Party—has also secured victory in states like Tripura. This has made him even more popular. He is already listed as one of the world’s influential leaders due to his coordinative strategy in foreign policy.

Modi thinks that India cannot become world’s powerful nation unless the South Asian countries prosper. He also highlights keeping peace in South Asian region. On his way back from Afghanistan in December, 2015, he made a surprise stopover in Pakistan to meet his Pakistani counterpart Nawaz Sharif. That was an innovative move to restart peace dialogue which had stalled by long-standing distrust.

As the country that shares cultural and religious similarities, open border and excellent people-to-people relation, Modi has always given first priority to Nepal. He keeps himself updated about the progress on India-funded projects in Nepal.

Modi has pledged to move ahead together with Nepal in its journey of development and economic prosperity. He has also assured that India is committed to strengthening partnership with Nepal as per Nepal’s priorities. During Prime Minister Oli’s India visit last month, the two leaders reviewed entire spectrum of Indo-Nepal relation and gave special focus on increasing connectivity.

His visit to Nepal’s religious sites will add another dimension in Indo-Nepal relation. At a time when both countries are emphasizing the development of religious tourism through Ramayana circuit and Buddha circuit, Modi’s visit to religious sites could prove another milestone in promoting religious tourism in Nepal, a country which receives millions of Indian tourists every year. One of the highlights of Modi’s visit will be inauguration of 900 MW Arun III hydro power project, being constructed with Indian assistance—scheduled to become operational by 2020.

But everyone is waiting to see what actions will be taken by India and Nepal in achieving the goals of remaining ‘three Cs’ mantra of Indian Prime Minister—cooperation, connectivity and culture.

The author is founder and chairperson of Reporter’s Club Nepal

Govt’s capital expenditure stood only 13.44 percent in the first half of current FY, less than last year’s 14.4 percent
10 hours ago
Parliamentary committee directs govt to manage water supply through Melamchi Project on temporary basis
23 hours ago