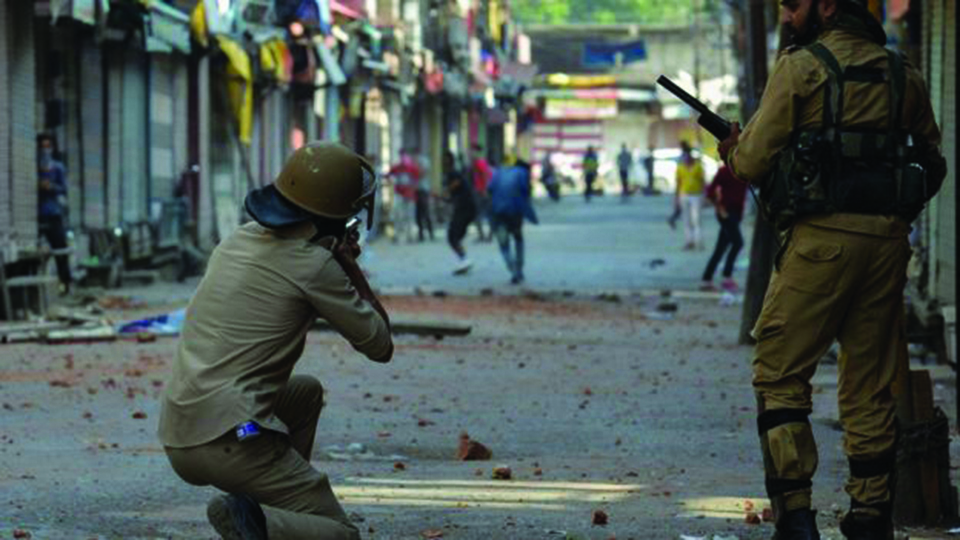 Abrogation of Article 370 marks the dawn of real politics in Kashmir. In the new era, Kashmiris can enjoy free and fair elections and equal rights alongside their fellow Indian citizens

As India marks the completion of 73 years of independence against British rule, it brings forward hope to its people through inclusion and unification. Indo-Nepal relations deepened during India’s freedom struggle in which Nepali leaders like BP Koirala, Krishna Prasad Bhattarai and Man Mohan Adhikari participated in Quit India movement.

With an age-old history and cultural bond between two nations, India looks toward proactive development and cooperation with its closest neighbor. Speaking at a program at the Reporters’ Club recently, Indian ambassador to Nepal Manjeev Singh Puri illustrated the importance of the Kashmir issue and the move taken by Narendra Modi. “To end terrorism and bring stability and development in the region is the prime concern of the current government of India in the Kashmir region,” he said.

August 5, 2019 will go down in Indian history as a day when reclamation lay supreme when the Government of India ended the status quo of India- administered Kashmir. It commissioned a new status promising ‘a new era of progress and development. The Jammu and Kashmir reorganization bill is going to be a game-changer in Indian polity. Now Jammu and Kashmir have become a Union Territory which will come into full effect on October 31. Modi, while addressing the nation on August 7, has said that Article 370 was solely responsible for everything wrong with Kashmir, including terrorism, separatism, corruption and dynastic politics and he sincerely pledged “development and good governance to the union territories”

In Modi’s words, the government’s action was historic as it removed all the obstacles to the state’s development and progress of the people. “A system due to which brothers and sisters of Jammu, Kashmir and Ladakh were deprived of many rights and which was a big obstacle to their development, that system has been done away with,” he said.

In 1947, Instrument of Accession was fundamental in bringing Kashmir to the union of India. Kashmir has been marred by violence from people who wanted an independent Kashmir, pro-Pakistan forces, and those who willingly wanted to be in the Union of India. An estimated 100,000 people have been killed. The entire region has always been seriously afflicted by separatism and corruption posing major hurdles for growth and development of the region.

Bringing the territories under the direct control of the central government of India would benefit the region in many ways. The central government has so much to offer to the Kashmiris who have been deprived of many rights such as employment opportunities, education allowance, health schemes, and so on. In the new era, as promised by Modi, the Kashmiris can enjoy free and fair elections and equal rights alongside their fellow Indian citizens.

On the other side, Pakistan has not developed Pakistan occupied Kashmir (PoK) at all while denying its people basic fundamental rights and preventing them from becoming progressive. The population of the area has been rather used to induct the youth into terrorism with the hope and dream of achieving success in taking away the Indian portion of Kashmir from India, which Pakistan claims as its own. It is relevant to note here that the portion of Kashmir held by Pakistan too has a strong resistance movement prevalent in Gilgit-Baltistan which the government of Pakistan has been trying to suppress.

On the contrary, the government of India has never encouraged the Kashmiris in India to aspire for such endeavors. Just as Pakistan initiated a protracted conflict using Kashmiri militants and the Kashmir issue, India too could have built a narrative supporting the resistance movement in PoK to oppose and challenge the Pakistan government.

Furthering on the issue of non-interference, Indian administered Kashmir has seen bureaucrats, technocrats and high-level administrative officers covering a wide area of system administration working in the valley representing the Government of India. The districts have their respective Magistrates to oversee affairs of the region, and each one of them is protected by a Superintendent of Police from the IPS under the GOI. Their role has been appreciated by the public, and their service rendered has been unmatched and exemplary in a volatile region. This has enabled Kashmir to inch toward security, progress and development. The anti-India rhetoric can be seen only from a minority of the population guided by extremist views.

Article 370 and 35 (A) had aggravated the situation by not allowing any possessions of land by outsiders or allowing recruitment for government jobs from outside of Kashmir. Absence of permission for setting up a business in Kashmir by outsiders also hampered the progress and growth of Kashmir. The abrogation of Article 370 marks the dawn of real politics with the advent of a new phase in Kashmir. One will soon see investments, better job opportunities, industrialization (at least in small scale to begin with), mushrooming of educational institutes.

The revocation of Article 370 was a promise fulfilled by the ruling party Bharatiya Janata Party. It was one of the agendas of their election manifesto. The party had always taken strong stand against article 370 and 35A claiming that it “benefitted no one and prevented the state from developing”.

Revenue collection from mountain climbing doubles this year
20 minutes ago