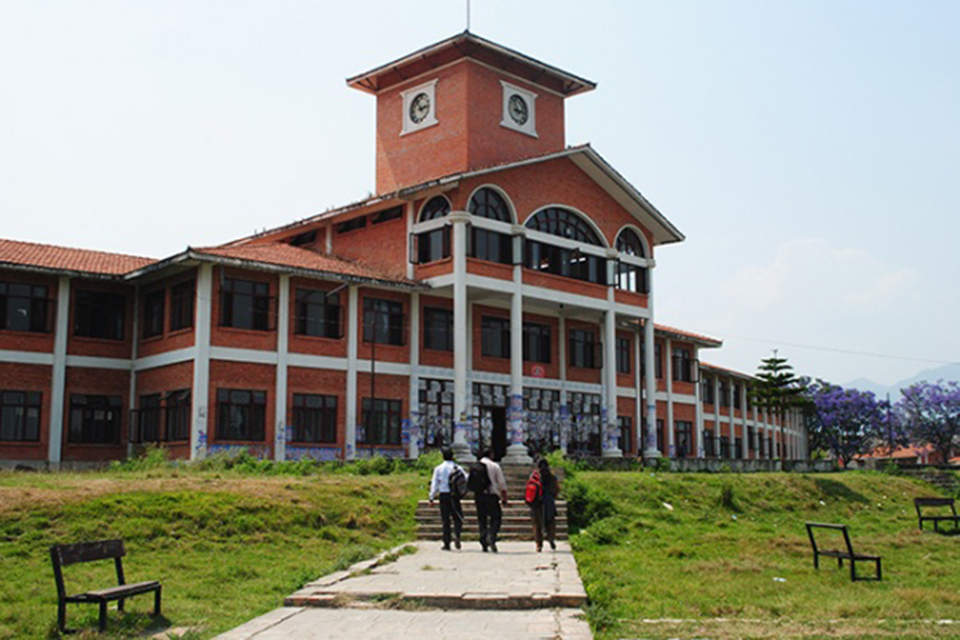 When I did not allow the student to cheat, he formed a ‘gang’ and was waiting to punish me outside.

“Sir, tell us the name of the teacher who was the invigilator today. We’ll smear soot on his face and punish him,” I was dumbfounded to hear one of the assistant deans of Humanities and Social Sciences quoting student union leaders as saying this to him after the exam.

Final examinations of first and third semester students belonging to all Central Departments of Humanities and Social Sciences, Tribhuvan University, Kirtipur and also of MA first semester students belonging to Humanities and Social Sciences of all campuses of Kathmandu are going on. I find the behavior of the examinees really disheartening. On top of that student leaders intimidate the invigilators, trying to render our evaluation system weak and dysfunctional. Let me share my own experience. I want to invite open creative debate on how we can systematize evaluation system and create a sound academic culture particularly in TU and across all educational establishments in the country.

As soon as students enter exam halls, they try to alter the ‘seat plan. They start pulling out pieces of papers with their symbol numbers on them. They do this to sit next to close friends and help each other in answering the questions. The challenge for the invigilator is to stop one examinee from copying answers from fellow examinees who share the small narrow bench and desk. When the invigilator distributes question papers the real ‘battle’ for three hours begins.

Some examination rooms are mournfully big with 100 examinees. Only two or three invigilators—two administrative staffs and one teacher—are assigned for the duty in bigger rooms. There are only two for smaller ones. When the invigilator stands at the front, students start making noise, cheating and copying each other’s answers. The situation becomes so tensed and so hectic for the invigilator when the supporting staffs leave to attend their administrative works.

After an hour in the exam hall, students want to go to restroom and ask for additional answer sheets. The invigilators have to stay vigilant in such situations. When the three-hour ordeal is over, the invigilators feel a great sigh of relief for completing the day’s duty by preventing misconduct in the exam hall.

The three hours I have passed for 11 days in the examination halls as an invigilator were the most difficult times of my life. Every day, exceptions part, going towards the exam halls, I felt as if I was going to face a group of enemies. The most appalling was the moment when a tall, muscular examinee came to me before the exam started, introduced himself as a leader of a student union in TU before saying that he was the examinee of economics.  In a threatening tone, he asked me to allow him to copy the answers from fellow examinees.

When I did not allow him to do that, he formed a ‘gang’ and waited for me outside the hall to ‘punish’ me. This is why some teachers were unwilling to go to specific halls, where majority of examinees are notorious noisemakers and cheaters. Such students largely came from Rural Development, Journalism and Mass Communication, Economics and Sociology studies.

After this incident, many questions have haunted me: What kind of academic culture are we developing in TU? Who are to blame for this? Are the invigilators to blame? Should the examinees not behave well? What kind of human resources will we produce from TU if we allow them to cheat or copy answers from fellow examinees? Don’t we need to revise current examination system? With such unruly examinees, will TU be able to meet its objective of ‘developing an efficient human resource for the overall development of the country’?

Though the semester system is already in effect in faculties of Science, Medicine, Engineering and Forestry, TU implemented it in Master’s degree for faculties of Humanities and Social Sciences, Management and Education from 2014 in the first phase. From 2017, the system has been extended to cover all constituent campuses of Kathmandu valley. From 2018, in the third phase, semester system is going to be enforced across the country.  Soon, TU is planning to implement semester system in Bachelor’s degrees as well. But will it work?

Semester system had failed in 1936 because of an inherent lapse in the evaluation system. This shows that merely changing examination system from annual to semester one does not ensure better results if we do not come up with the proper evaluation system.

I don’t intend to demean TU here. As a faculty of TU, I am aware that this oldest and the largest academic institution of Nepal has produced human resources of national and international repute since it was established in 1959. It was our first national institution of higher education.

Nor do I mean to make a sweeping generalization. But if we do not come up with innovative programs and policies to uproot vices in TU, including the evaluation system, if we let the current mess to continue, TU’s reputation will be in serious crisis.

Students have threatened, stalked and physically abused teachers and office bearers of TU in the past as well. In April 2009, the student wing of Unified Communist Party of Nepal ANNISU-R manhandled then Vice-Chancellor and Rector Prof Dr. Madhav Sharma and Surya Lal Amatya respectively by smearing soot on their faces within the university premises in broad daylight.

In such intimidating atmosphere, how can a teacher and a university staff work efficiently?  Isn’t it a reminder of how bad our academic culture is and how urgently TU’s education system needs to be overhauled?

If we cannot do this, newly revived semester system might fail again. As the country is going for restructuring its governance system, we should also think seriously about systematizing our higher education.

The government has ignored the urgent task of unbundling the overburdened Nepal Electricity Authority ... Read More...

‘Health ministry not in favor of enforcing lockdown immediately’
23 hours ago
Residents can install EVs charging units for their personal use: NEA
14 hours ago

Prices of petroleum products hiked
31 minutes ago
Problems of private sector will be addressed at the policy level: FM Sharma
34 minutes ago