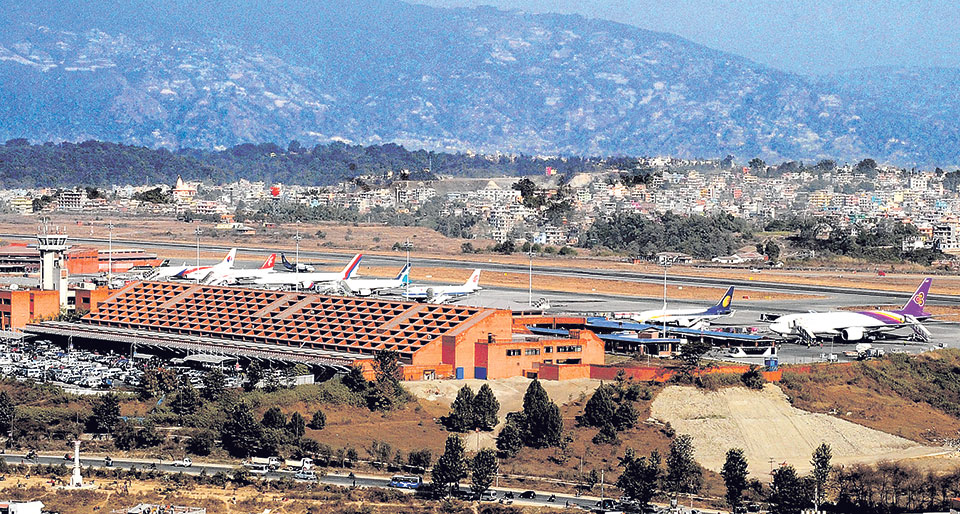 Talking to Republica, Raj Kumar Chhetri, general manager of TIA, said the airport management has started preparation to extend airport operation hours by three hours in the first phase.
The only international airport in the country took the initiative after Minister for Culture, Tourism and Civil Aviation, Rabindra Adhikari, said that the airport should operate round the clock to reduce air traffic congestion.

“Operation of the airport for 24 hours in a day will significantly reduce air traffic congestion at TIA. Also, airliners won’t have to hold in the sky for long waiting for their turn to land,” he said, adding, “It will also solve aircraft parking and many other problems.”

Chhetri also claimed that the ongoing expansion work will help to increase capacity of TIA.
Civil Aviation Authority of Nepal (CAAN) is implementing TIA Terminal Expansion Project with an investment of US$ 92 million. Asian Development Bank (ADB) has lent $80 million to CAAN for the purpose, while the government is investing $12 million.

“We can currently accommodate 200 cars in our parking areas. But the under-construction parking area can accommodate 1,600 vehicles,” Chhetri added. “Within a year, you can see significant changes in operation and services at TIA.”