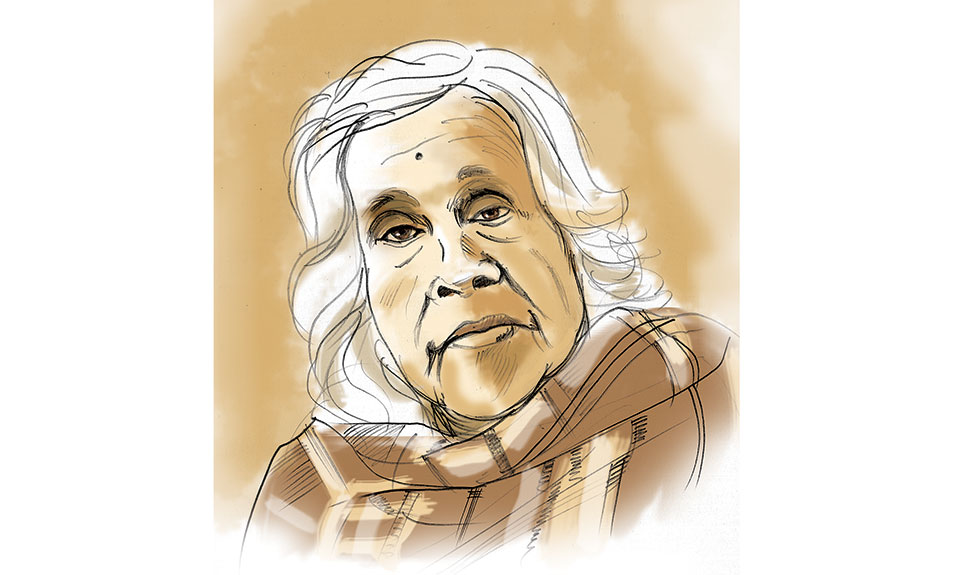 A story of love, caste, and bread and butter
KATHMANDU, Jan 11: If there is still something that worries Annapurna Rijal, a 66-year-old who can barely cook for herself, it is the health issues of the only man in her life. As she moves in and out of the decrepit little room she rents at Sanepa, Lalitpur she counts the days remaining till Thursday. That is when he visits her. He is now all of 70 and they do not talk much when they meet. The fire in their relationship has long subsided. But as soon as he has left, Annapurna starts the countdown to next Thursday. This is how it has been for over 15 years now.

She can produce nothing objective to show the world how she is connected to him except the citizenship card of her son Suresh Kumar Bajracharya. The father’s name on the card is Kabir Kumar Bajaracharya. She gave Kabir a lovely son 48 years ago, but he did not fulfill his paternal duties. Suresh grew up a tormented soul who took sleeping tablets to fight depression. He eventually committed suicide in 1999. Annapurana cannot find forgiveness for that rash step. Nor can she forgive Kabir for being nothing more to Suresh than a name in his citizenship card. But that is the hand destiny has dealt her and there is little she can do. She is now frail and forgetful.

Annapurna would have been left to her shadowy existence but for her neighbors. They could not bear to watch her forlorn existence. Two women, one of whom requested anonymity due to family pressure, told Republica that hers is a life of unrequited love.

The two women have known Kabir as Annapurna’s common-law husband. And they blame him for her decrepitude. Some 12 years ago, under the initiative of Ama Samuha, they pressured Kabir to sort things out for Annapurna. They demanded cash or a house or something substantial so that her life could be more secure. Annapurna was also on board. But she changed her mind when Kabir asked her to choose between him and money. “She was easily manipulated, and he is not for giving her anything more than a few hundred rupees a month for her bare survival. He is a rich man, with three houses in Kathmandu,” said Annapurna’s neighbor Sushila Bista.

As the two women excoriated the ‘culprit’ in Annapurna’s life and spoke up for justice while at a restaurant last Saturday, Annapurna was all attention. “He has high sugar level and is very old,” she muttered. The women told her not to get soft this time around as “the fight for justice is never easy”. They just want to see Annapurna living out the remaining years of her life in relative comfort, something which Kabir can easily afford. “She does not have anyone to look after her. If he put some money in the bank for her, she could live on the interest and a maid could be hired,” they said. “She is in poor health and suffers from depression. Recently, she fainted and we had to rush to help.”

Kabir met Annapurana when she was just 16. She was preparing for the SLC and a friend told her that a teacher was available to coach her for free. She jumped at the offer. She was an orphan brought up at Bal Mandir and was then living with a distant relative.

Teacher and student soon fell in love although Kabir was already married and had two sons. Love ruled for a few years. Kabir offered dreams to his ‘Kanchhi’. Those dreams never materialized.

“I had told her to come with me and live with the rest of the extended family back then. My parents were okay with the idea. I asked her again after the birth of our son. Had she agreed, she would have had equal rights over my property,” said Kabir. “Had I no love for her, I would not be meeting her every week. I am a God-fearing man, but I do not have much money to give,” he added.

Annapurna does not speak much about her situation. She chose not to live in a Newar joint family as she feared being short-shrifted as an outlier. Later, she tried to compromise, but Kabir was not ready for that. Any blame game would be fuzzy. What is clear is that Kabir is well to do and Annapurna needs help. Kabir buys her food and her drugs and pays the rent. She does not yet have her citizenship paper and does not receive an old-age allowance either. When she presses Kabir over her citizenship, he is never cooperative. Their son’s citizenship got made out back then as one of her relatives had intervened and warned them of dire consequences otherwise.

“Ours is a love marriage. I was getting an education and doing OK. I would probably have done something with my life. He was not so rich then. He later did well in business,” Annapurna said. “These days he is also frail, his sons live separately. I saw his other wife a while ago, and she is beautiful,” she added.

The loss of her son left her broken. Time stopped for her. Over two decades on, it still casts a shadow of gloom. She is largely neglected and lonely. The thought of next Thursday barely helps her keep going still. 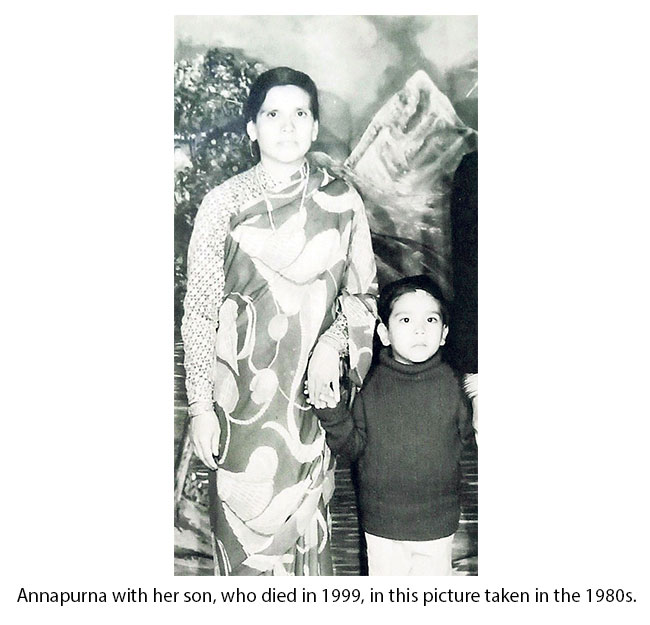 DAILEKH, April 28: One hundred and fifty-one people got their citizenship cards on Saturday in course of the two-day mobile... Read More...

Over 600 obtain citizenship from mobile camp in Doti

DOTI, April 6: A total of 603 people have obtained the citizenship certificates at an integrated mobile camp operated at... Read More...

Elderly hopeful of allowance after getting citizenship

MYAGDI, Nov 4: At the age of 77, Udikala Chhatyal of Gurja village in Myagdi district is hopeful of getting... Read More...