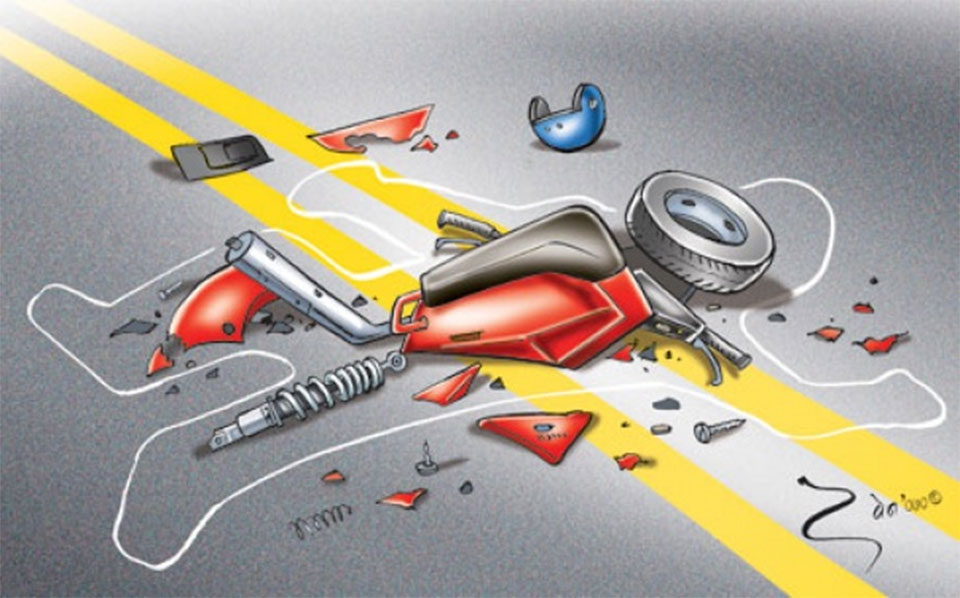 KAILALI, Dec 3: At least three persons were killed in two separate motorbike accidents in Tikapur of Kailali on Sunday night.

Motorcyclist Jiba Nanda Koirala, 38, and Bishnu Rimal, 27, of Tikapur-7, Baidi died when their motorbike met with an accident at Tikapur-7, Khairi at around 8.30 pm.

Likewise, motorbike rider Ashish Chaudhary who was injured when his motorbike (Se 6 Pa 1941) collided with a trolley of a stationary tractor at Tikapur Municipality-2, Bandipur, died on the way to Kohalpur Hospital, police confirmed. Pillion rider Mahendra Chaudhary, however, is being treated at Tikapur Hospital.

RASUWA, June 4: Three persons died and three others have been missing in a Tata Sumo accident that took place in... Read More...

Two dead as jeep veers off the road

DAMAULI, Feb 7: Two people were killed and three others injured after a jeep veered off the road at Jal... Read More...

Hello, big brother!
7 hours ago
WHO pauses trial of hydroxychloroquine in COVID-19 patients due to safety concerns
8 hours ago