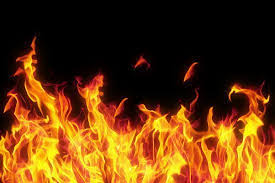 According to the District Police Office, Salyan, cases of forest fire were reported in various community forests across Salyan district lately. Punti and Gobardan died on the spot while Khagendra, who was seriously injured in the incident died during treatment in Kathmandu today.

“The fire continue to rage on and has not come under control yet although coordinated effort has been made between the security agencies and locals,” Sub Inspector Dangi said, adding that in lack of adequate resources, proper tools and equipment, fire could not be brought under control. Meanwhile, police have arrested a person on the charge of attempting to kindle fire in the forest during this dry season.

Efforts to douse the fire were underway, according to Karki. More than 3,000 hectares of forest land of 11 community forests in the district were damaged due to forest fire so far, he said. RSS

KATHMANDU, Jan 31: While road and fire accidents have been drawing the attention of the general public for the large... Read More...