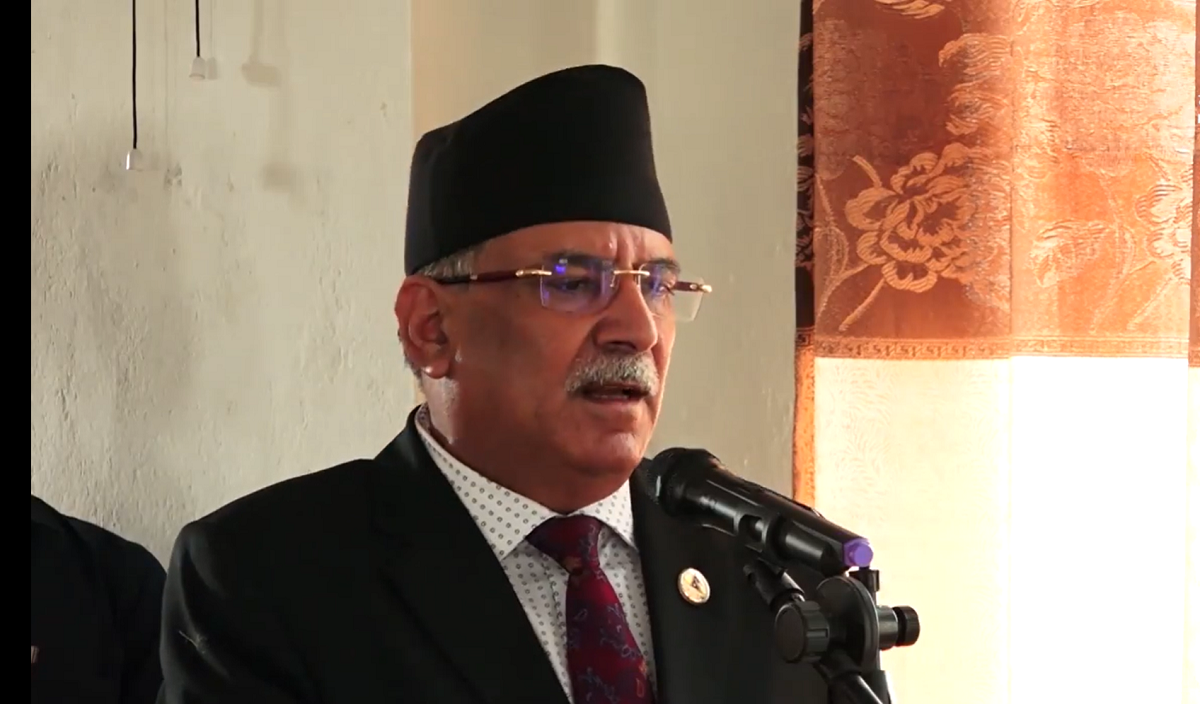 KATHMANDU, July 25: Stating that the possibility of the split of his party is not over yet, chairman of the ruling Nepal Communist Party (NCP) Pushpa Kamal Dahal has alleged that a group of people registered the CPN-UML at the Election Commission (EC) at the behest of the party’s another chairman and Prime Minister KP Oli.

Addressing a function organized to mark the memorial day of Pushpa Lal Shrestha and Nara Bahadur Karmacharya in Kathmandu on Friday, Chairman Dahal hinted that the NCP was in a crisis as a result of the behavior of Prime Minister Oli. “Our party is in a crisis as the CPN-UML party was registered at the Election Commission at the initiative of the party's other chairman even as our meeting was underway,” Dahal said.

While alleging that Prime Minister Oli was bent on splitting the NCP, Chairman Dahal also vented ire against Prime Minister Oli for encouraging students and party cadres to stage demonstrations across the country in his favor. “We have been holding discussions within the party. But there have been demonstrations across the country,” he complained.

An application was filed with the EC for the registration of a party named CPN-UML on July 1. The party was registered under the leadership of one Sandhya Tiwari of Jhapa as the intra-party dispute within the ruling NCP was at its peak.

Shortly after Chairman Dahal and the party’s senior leader Madhav Kumar Nepal sought the resignation of Prime Minister Oli, a section of NCP leaders and cadres took to the streets across the country in favor of Oli. The street protests have continued even today although the intra-party disputes have seemingly come to an end for now.

Dahal also expressed dissatisfaction over the dispute created by the leaders of the erstwhile UML that People’s Multi-party Democracy — a political ideology propounded by late Madan Bhandari — should be the political ideology of the NCP. He said that there was an agreement to accept Marxism, Leninism and the directive principle and People’s Multi-party Democracy, people’s democracy of the 21st century and Maoism as the new guiding principles of the party. “But there are some indications of backtracking on that agreement,” he further said.