KATHMANDU, Mar4: Thousands of people came together at Tundikhel in the capital on Saturday under the banner 'Buddha was Born in Nepal' and chanted Dhammapada, a collection of the teachings of Lord Buddha, with the aim of setting a new world record.

Organizer Bishwa Kritimani Parishad Nepal claimed that over 75,000 people participated in the mass gathering organized to beat the world record set by India's Art of Living Foundation and create a new one. The foundation had organized a similar gathering in India earlier and set a Guinness World Record. In the gathering in India, 56,660 people had recited Dhammapada.

The public gathering in Tundikhel, which was also attended by public figures from all walks of life including Prime Minister KP Sharma Oli, Defense Minister Ishwor Pokharel, CPN (Maoist Center) Chairman Puspa Kamal Dahal, former tourism minister Ananda Pokharel and actors and singers Rajesh Hamal, Nikhil Upreti and Dheeraj Rai, was also aimed at further asserting the fact that Lord Buddha was born in Nepal, according to the organizer.

With the national flags in their hands, the participants attended the function voluntarily from every nook and corner of the capital. Some participants had Buddha's image drawn on their cheeks. Buddhist religious leaders, too, were present.

Addressing the gathering after the recitation of Buddha's teachings, Prime Minister Oli said that the gathering will help clear all sorts of misconceptions about the birthplace of Lord Buddha.

The organizer will now formally apply for a new Guinness World Record. 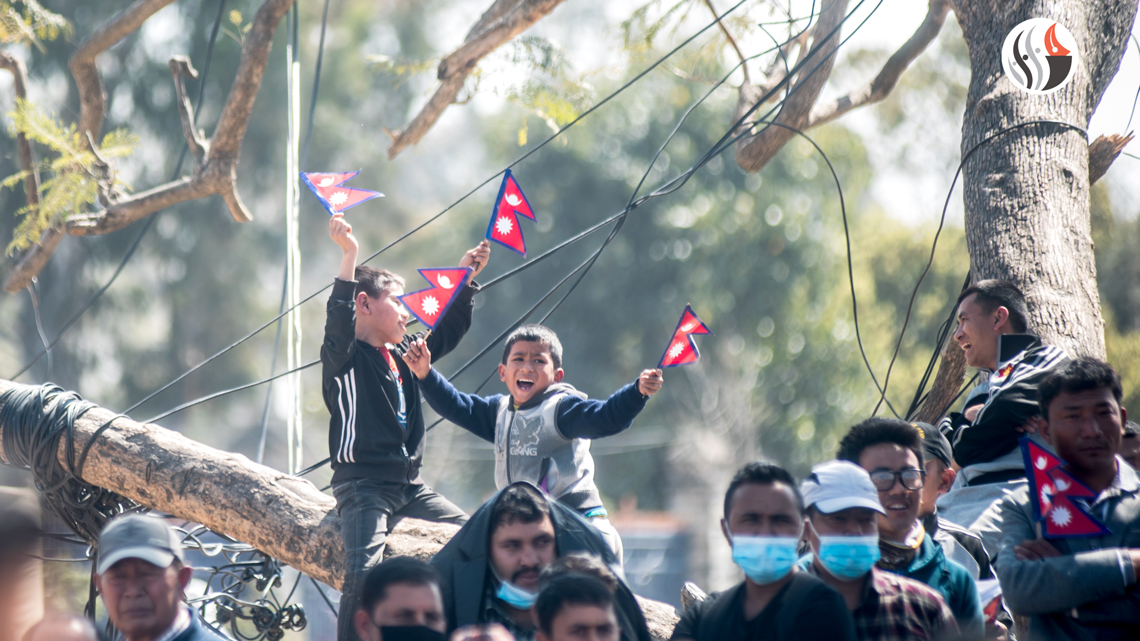 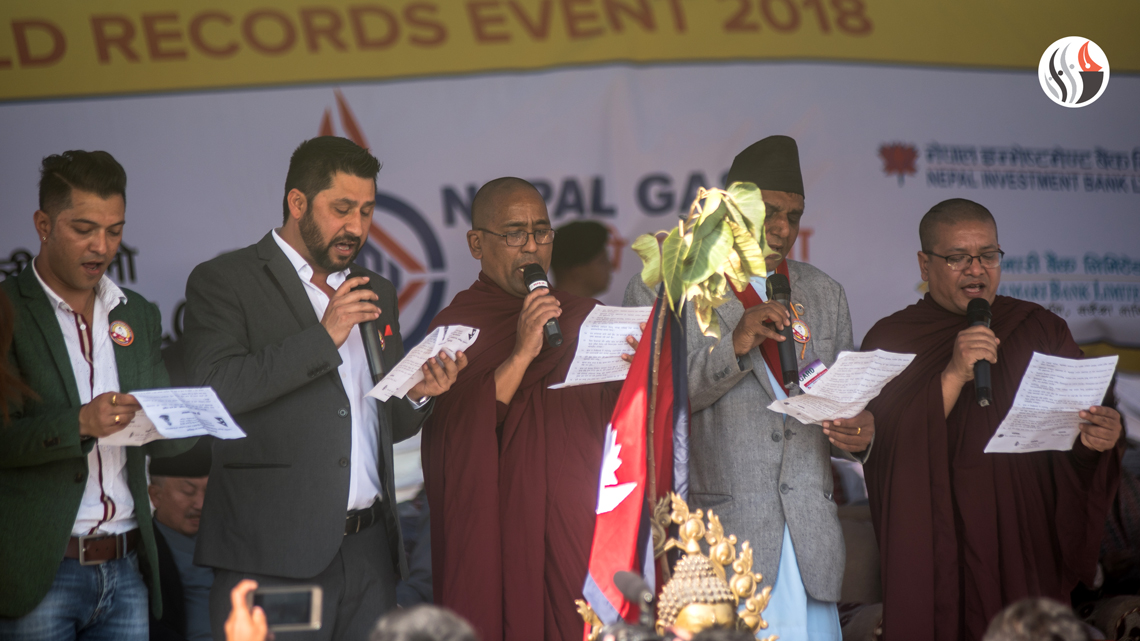 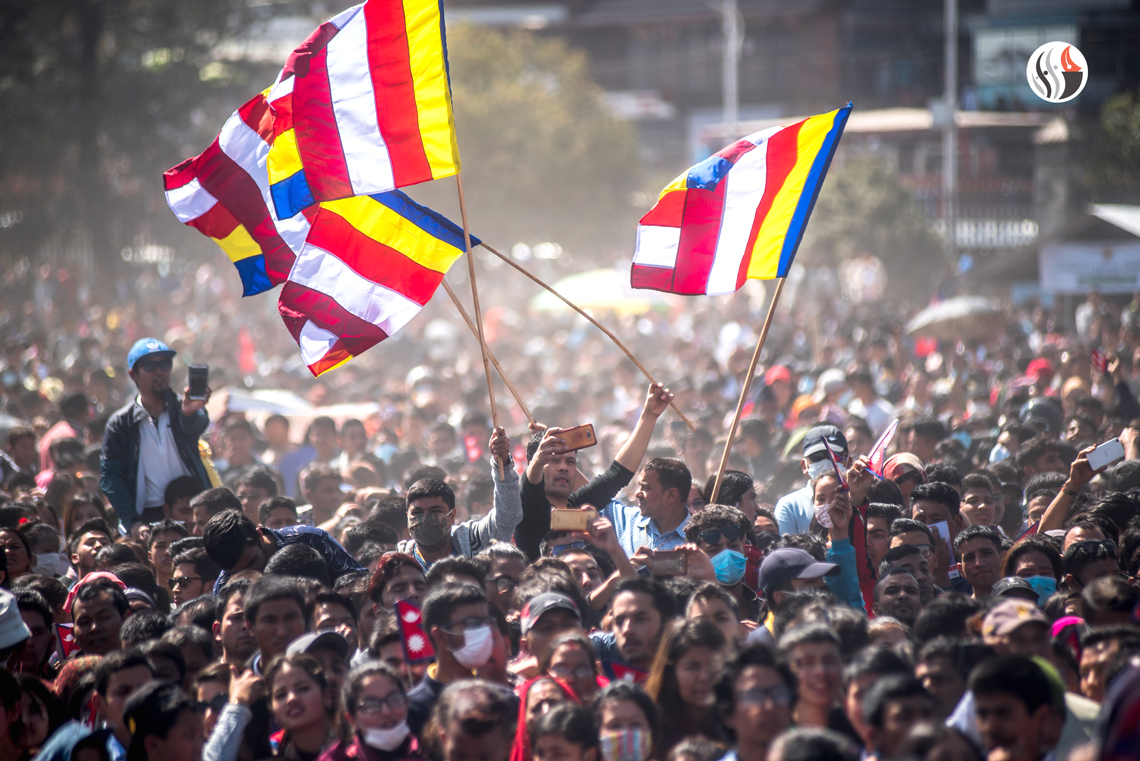