The V-shaped recovery marches on 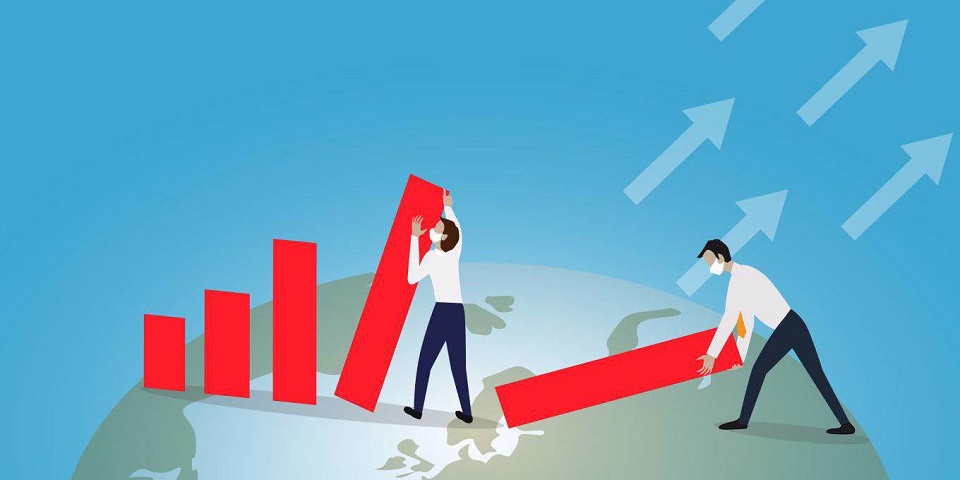 Expansionary macroeconomic policies suggest that domestic demand will drive this recovery more strongly than it did in the aftermath of the 2008 crisis.

LONDON – Large swaths of the global economy are exhibiting traditional signs of a V-shaped recovery from the pandemic-induced collapse this spring. The monthly indicators for many countries show vigorous rebounds in June and July, with 10-15 percent projected growth in real (inflation-adjusted) GDP in the third quarter, all else being equal.

To be sure, there are reasons to question whether the perceived upturn is merely a technical bounce-back—an illusion caused by the sheer depth of the initial collapse. This could well be the case, especially if many countries suffer a strong second wave of COVID-19 infections, or if high hopes for an early vaccine turn out to be misplaced. No one can know for sure. We will have to wait and see the evidence as countries try to strike a balance between managing the virus and getting their economies back to normal.

Though the United States has struggled more than other countries with the virus, its rate of new infections nonetheless has fallen, making it more likely that its summer economic rebound will accelerate. And in China, the latest indicators point to a high level of infection control and an accelerating recovery. Given the dominant roles of the US and China in the global economy, such positive developments augur a major recovery for world trade, notwithstanding the two countries’ ongoing conflict over trade and technology.

As for Europe, many countries are showing signs of a second COVID-19 wave, with increased incidence posing a particular threat to Spain’s recovery. But this is not the case everywhere. Other countries have stepped up their control measures, and if these prove sufficient, they can keep their recoveries on track.

That is what we know now as of mid-September. To be any more confident about the prospects for a sustained economic recovery in late 2020 and into 2021, we will need more evidence of progress toward improved treatments and safe, effective vaccines. Whenever a vaccine is made widely available, a further acceleration in economic activity can be expected. Those sectors that have suffered the most from social-distancing protocols—including international travel, entertainment, and hospitality—will start to come back to life.

In fact, unless all of the promising vaccine candidates that have already reached Stage Three trials fail, we can anticipate a recovery in these hard-hit sectors sometime in the coming months, at which point hope for a cyclical recovery will become even more justified.

But there are a number of structural issues to consider. For starters, the most pressing question of this fall is whether the G20, currently chaired by Saudi Arabia, can resurrect itself and deliver genuine international cooperation, as it did after the 2008 global financial crisis.

According to the World Health Organization and other international health bodies, roughly $35 billion is needed to ensure that vaccines can be equitably distributed to the world’s 7.8 billion people. This is a trivial sum compared to what many G20 countries have already spent to support their domestic economies. Yet funding the universal distribution of a vaccine is absolutely crucial for ensuring a global recovery, rather than one that is limited just to those countries where a vaccine is available.

Equally pertinent, though less discussed, is the balance of forces between domestic and external growth. Owing to the anxiety created by the pandemic, many governments, notably in the European Union, have demonstrated unprecedented levels of enthusiasm for fiscal stimulus, and these spending programs have been further supported by extraordinarily generous monetary policy.

Expansionary macroeconomic policies suggest that, barring a sudden and significant fiscal retrenchment, domestic demand will drive this recovery more strongly than it did in the aftermath of the 2008 crisis. This would likely translate into a recovery in world trade above what many commentators currently consider possible.

But that brings us to a third structural issue. When will all the current spending be paid for, and by whom? There already seems to be a reasonably strong consensus across advanced economies that early fiscal tightening should be avoided. I, for one, would welcome a tightening after the crisis has passed. But, of course, much will depend not just on the scale and speed of the recovery but also on the size of fiscal deficits. Here, it is interesting to note that expectations for additional fiscal stimulus in the US have recently been downgraded as a result of better-than-expected employment data.

As for monetary policy, the US Federal Reserve’s announcement in late August that it will shift to an “average inflation targeting” regime has been greeted as an additional form of support. But a caveat is in order. Whether the policy change sticks will depend on how inflationary pressures are actually developing. If financial markets were suddenly to become concerned about an unexpected increase in inflation, policymakers might have to shift their approach once again.

A remaining open question, one that I have raised in previous commentaries this year, is how policymakers will respond to the changes wrought by the COVID-19 crisis. Will they nurture a new business culture geared toward “profit with a purpose,” encouraging (or cajoling) more corporations to pursue decarbonization and solutions to societal challenges like antimicrobial resistance (AMR) and the threat of future pandemics? That would certainly be a welcome development, and it is hardly a step too far for our governments.

10:19AM most auspicious time for Dashain tika

KATHMANDU, Oct 26: Nepal Panchanga Nirnayak Samiti (Calendar Determination Committee) has said that 10:19AM is the most auspicious time for receiving... Read More...

KATHMANDU, Oct 25: The Ministry of Health and Population (MoHP) has urged all health institutions across the country to provide... Read More...