The right & responsibility to vote


43-year-old Sudhir Shrestha, owner of a music and movie store in Jawalakhel, Lalitpur, is quite excited about the upcoming local level election, the first phase of which is all set to take place on May 14. This, he clarifies, is not because our government – both local and national – has always been keeping its promises but because he believes every citizen has the right to choose their representative and an election gives them that chance.

“I know at one point we chose Pushpa Kamal Dahal (Prachanda) as our prime minister so we shouldn’t be boasting about our rights and power to pick our leaders but, whether the outcome is good or bad, the citizens need to be put in the position to choose,” says Shrestha. This, he argues, is their basic right and one every serving government hasn’t paid much heed to unless it served some of its ulterior motives.

Previously, the local election was held in Nepal in May 1997. After the elected officials five-year term ended in 2002, government representatives and unelected members of political parties have been running the local administrative offices. This increased corruption because unlike elected officials who are accountable to the people, these unelected officials and bureaucrats didn’t have to answer to anyone.

42-year-old Sagar Munan-karmi, who works in the administration of NASA International College in Tinkune, Kathmandu, believes when the representatives are our own people change is inevitable because they are more likely to listen to you and your grievances are theirs too. Though the local election isn’t expected to affect national politics immediately, in the long run it will change many ground realities.

“The local election will put our representatives in decision making positions. This way we can secure our futures,” says Munankarmi, adding that its high time we stopped complaining about how things are and played our part in bringing change. Munankarmi, though frustrated with how politics has played out in Nepal, isn’t quick to complain. He thinks the state of Nepali politics shows our collective failure.

“The problem with many of us is that we don’t speak out when we have to. I know many people who didn’t register to vote because they were simply too lazy to carry out the registration process,” he says. Shrestha, however, is of the mindset that this shows that the government hasn’t made people understand the value of voting.

Local election paves way for provincial and national election because, as per the constitution, polls are to be held in a set of three within a time frame of 10 months. Not many this scribe spoke to seemed to be aware of this, while equally many didn’t know that they could register to vote in the cities they have been permanently living in and that they don’t have to travel to their villages.

There also seems to be a lot of confusion surrounding the election process, and the fact that there is a phase two as well. Initially, the government had decided to hold the elections in local bodies across the country in one phase. However, the Madhesi community feels the new constitution leaves them politically marginalized and wants it to be amended first and has been protesting against the polls. As a result, the local election is now set to take place in two phases, the second of which is scheduled for June 14.

However, for the first phase, many party cadres have been actively campaigning for their candidates. The enthusiasm among them is palpable and there is also much convincing happening. So much so that Sujala Tiwari, 34, a teacher, says she is now confused as to which party to vote for. “I knew in whose favor I was going to cast my vote, but now after the door-to-door campaigns conducted by various parties I don’t know what to do,” she says, adding that the only thing certain as of now is that she will definitely vote, on whose favor remains to be seen.

Tiwari agrees with Munankarmi that no matter what, if you are eligible, you have to vote. According to her, it falls on every aware individual to talk about the right and responsibility to vote. She believes this will cause a ripple effect and more and more people will start to exercise their rights, and this, she says, can only be for the nations betterment.

However, what seems to dishearten many people is the erratic way in which election has been conducted in Nepal in the previous years. Many seem to be sure that the next one too won’t be after five years. This general mindset is what deters many, especially young people, from even registering to vote.

23-year-old Suman Ranjit has never bothered to register his name in the voting list. He confesses he never felt the need to do so because a) in his lifetime, he would only have to vote once or twice at the most and b) in his own words, every person in power is the same. Promises, according to Ranjit, are only to create an image during campaign time. Even when the local election was announced he was sure it would either be postponed or canceled.

“The fact that the election is actually going to be held ‘as promised’ hasn’t changed my belief in our messed up system,” he says. And for those who actually haven’t lost faith in the system, like Shrestha and Munankarmi, this is a sad thing. Shrestha, whose entire family is all set to vote on Sunday, says that the government needs to prove to people like Ranjit, whose mindset has been scarred by bad governance, that things can change by holding elections every five years from now on. “That will be a hopeful start. When election is held regularly, in the next 10-15 years, our administrative processes could change for the better, and with it so will our country’s governance,” he says. 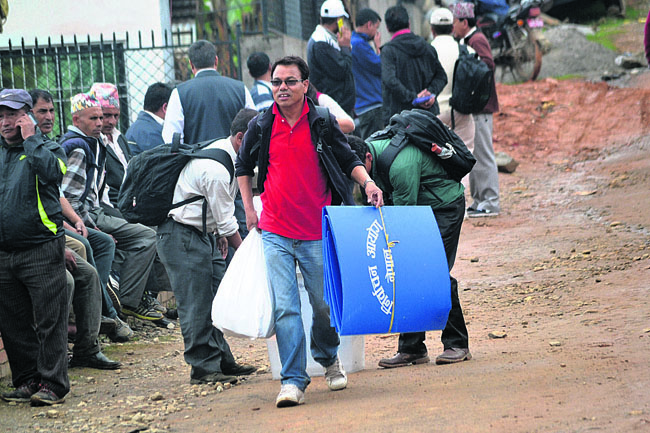 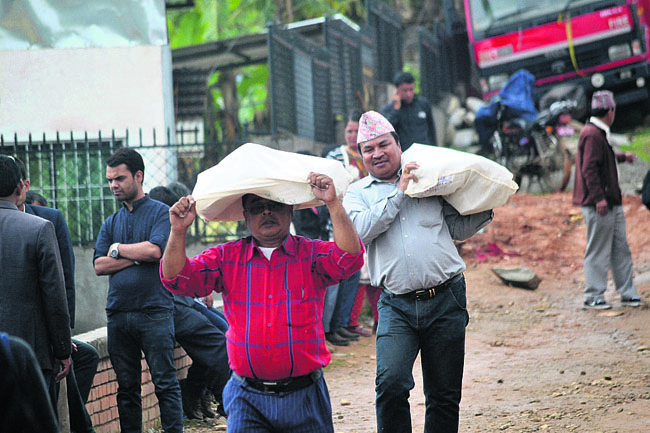 Parties 'agree' for vote counting right after phase I polls