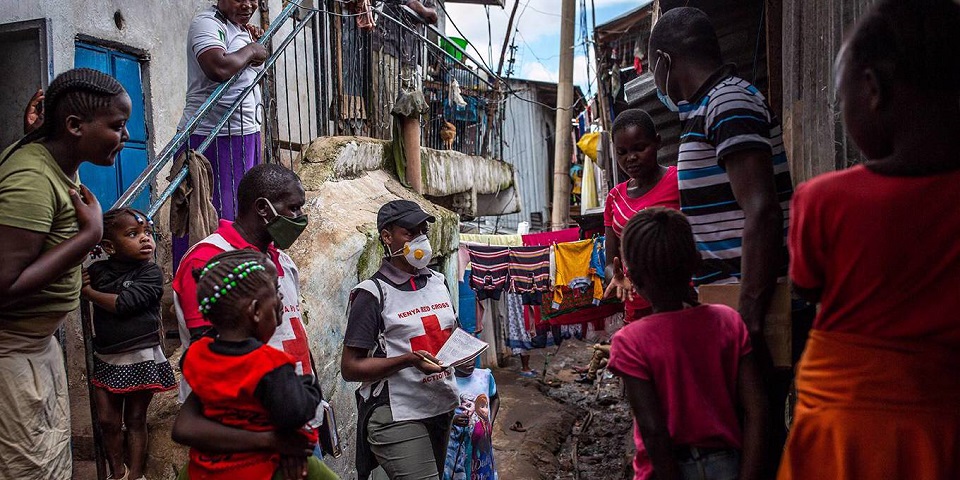 To combat the pandemic in the absence of a universally available vaccine, the virus also must be contained in poorer countries, all of which are woefully ill-equipped for the task.

WASHINGTON, DC – COVID-19 has confronted the world with a horrific crisis. Because developing a vaccine will likely take at least a year, governments need to buy time to keep health-care facilities from being overwhelmed and to minimize the number of people who fall ill and die, not least by reducing the rate of new infections.

In rich countries, the arsenal has included social distancing, sheltering in place, shuttering nonessential businesses (or more telecommuting), and recommending or requiring face masks. Though the economic costs of these first-phase measures have been dreadful, they are preferable to the human and economic costs that would follow from letting COVID-19 spread unchecked. The second round of the fight can start when the numbers of new cases and deaths are flat or falling, and when testing and contact-tracing capabilities have been deployed widely enough to spot and contain potential outbreaks.

But the pandemic will never be under control as long as there are still rising infection rates elsewhere in the world. A viral contagion is like a wildfire: it takes only a few sparks to trigger a resurgence. No matter how rigorously rich countries try to prevent the virus from crossing their borders, there will always be enough leakages to cause a new outbreak. Thus, to combat the pandemic in the absence of a universally available vaccine, the virus also must be contained in poorer countries, all of which are woefully ill-equipped for the task.

After all, social distancing and sheltering in place are impossible in crowded urban areas with community wells and toilets, where many families live from hand to mouth on a day laborer’s pay. Even if they were enforceable, lockdowns in these situations would mean starvation for many people.

Moreover, most poor countries have inadequate health-care infrastructure (too few hospital beds, scarce personal protective equipment) and underfunded and understaffed public-health systems. They also lack the domestic resources to finance social programs, as well as the foreign-exchange reserves to import critically needed supplies and equipment. Many governments are already in dire fiscal shape, and cannot provide even minimal support for unemployed workers and their families.

Poorer countries thus have two overarching needs. First, they require additional support for their health systems, so that they can provide sufficient medical care to all who become infected. Otherwise, COVID-19 cases, not to mention the mortality rate, will grow—possibly exponentially. Second, most poorer countries need financing to avert widespread starvation and penury. While a few have at least some fiscal space to increase their expenditures, most do not.

Coordination among rich countries will be necessary to address both needs. So far, there has been some progress with respect to finance, but not nearly enough when it comes to addressing the health crisis.

In terms of finance, many developing and emerging economies already had stretched budgets and were borrowing to support economic growth prior to the pandemic. Argentina and Lebanon were experiencing deepening debt-servicing crises, and many other governments had become too indebted to be able to risk much more external borrowing.

To address this problem, the G20 has agreed to let 76 countries freeze repayment of bilateral sovereign debt until the end of this year, and has urged private creditors to do the same. At the same time, the International Monetary Fund has canceled six months of debt payments due from 25 countries, and made additional funds available for quick disbursement. And the World Bank and regional development banks have also committed additional resources to the effort.

The world clearly needs a better mechanism for addressing unsustainable sovereign debt, but that is a task for the future. During the ongoing crisis, there are proposals for a debt-servicing standstill, perhaps through an IMF facility. These measures would certainly provide more resources with which to limit the spread of the virus and prevent deeper humanitarian disasters. But closer coordination to support fragile public-health systems is also urgently needed.

Historically, the United States and the World Health Organization have taken the lead in fighting epidemics such as the 2014-16 Ebola outbreak in West Africa. But under US President Donald Trump, the US has abandoned its leadership role and launched a political war against the WHO, even going so far as to suspend funding for the organization. (In response, China has announced that it will contribute an additional $2 billion to the WHO.)

Considering that the current need for resources far exceeds what can be met, it is crucial that health-care assistance be allocated as efficiently as possible. That can be done only through careful coordination. If poorer countries are left reliant wholly on bilateral assistance, some will end up receiving more support than others, regardless of their needs.

Assisting poorer countries is not just the right thing to do; it is also the only way to contain the pandemic. We have never needed an effective WHO—or US leadership—more than we do now. The rich world should do itself a favor and permit no further delay in marshaling resources and assistance for low- and middle-income countries, which should be allocated through the WHO based on those countries’ health needs.

How the pandemic will disrupt project lifecycle

There have been many analyses worldwide about the effects and possible effects of Covid-19 in social, economic, cultural, education, and... Read More...