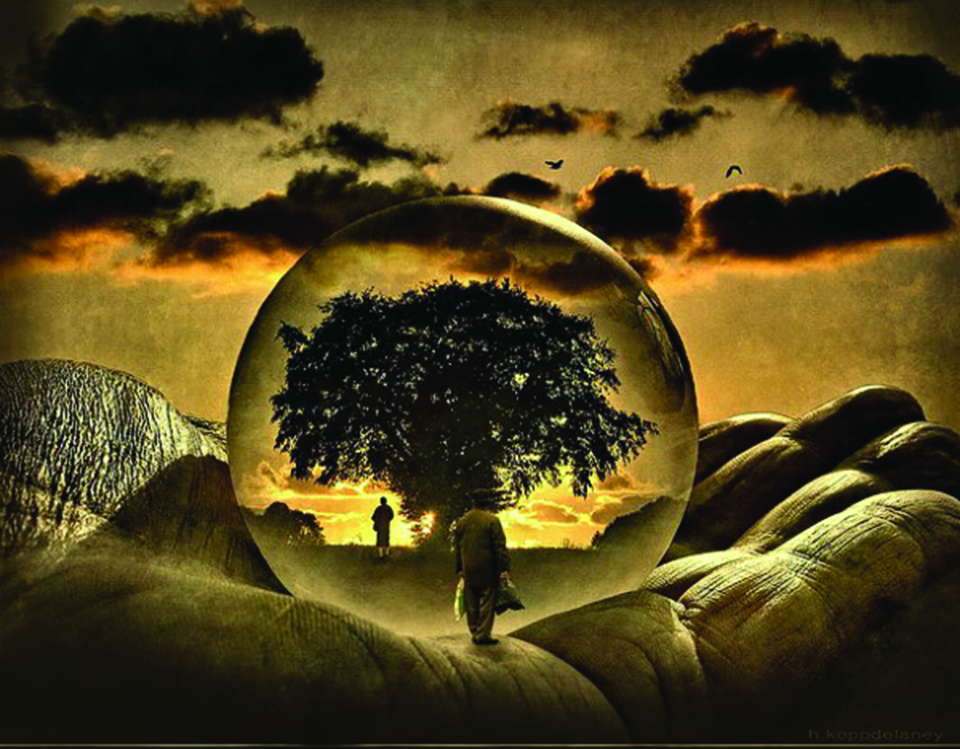 There is nothing wrong with the dreams and the dreamers. Only problem is when dreams turn into nightmares

Our two-thirds majority Prime Minister K P Sharma Oli has gone one step further by wishing that he be able to dream even after his death. He has dreamt of many things, primary one being ‘Prosperous Nepal, Happy Nepali.’ If one reverses this dream, it will turn out as a poor Nepal and sad Nepali or to be precise, in Nepali it will read as  garib Nepal and dukhi Nepali. One can do loads of analysis on the causes and consequences of garibi (poverty) and dukha (misery) of Nepal and Nepali people, but one thing is sure: It is poverty that is breeding sadness and turmoil in Nepal.

Let us go back to our school days and recall the story of Som Sharma’s dream in case you have missed the class or you happen to be a non-Nepali speaker. Here is the synopsis of the story:

Once upon a time, there used to be a poor Brahmin called Som Sharma. He used to live begging on the street. One lucky day, he managed to beg more alms than what is required for his daily sustenance. He hung up his surplus flour beside his bed and started daydreaming: “What should I do with this surplus alms? Shall I sell it in the market?”

“Yes, I will sell in the market,” he decides. “It will fetch some good money. With this money, I will buy some chickens. The chickens will lay eggs and with these eggs, I will hatch more chickens,” he went on.  In his wishful dream he starts dreaming of opening up a huge poultry farm and, finally, ending up becoming a rich and a successful businessman in the town. But his dreams do not stop here. He thinks of marrying the most beautiful girl in the town.

What he had done in reality was - give a big kick to the bagful of surplus alms he had hanged beside his bed, spilling all the flour on the ground. Som Sharma is back to nowhere. From his sweet dreams of becoming a rich and powerful person, he is back to becoming a poor, begging Brahmin.

History has been treacherous for Nepali people. We have seen many Som Sharmas coming and going out of power in Nepal. In the past, some assured to make Nepal a Singapore, others have wished to make it Switzerland of Asia (by the way, 15 percent GDP of Switzerland is estimated to be generated from the black money deposited in their banks). Post-2006, they sold the dream of ‘New Nepal.’

The latest dream of one more Som Sharma is to have railways and waterways and sell hydro-power to the farfetched countries like Burma and Thailand. An all-rounder economic pundit has even predicted that with railway links, the country can have two million tourists visiting Nepal by railways. Another boffin has predicted that within ten years, instead of Nepali youths going abroad, there will be foreigners rushing in for jobs and employment opportunities inside Nepal.

Forget about economic opportunities, investments and job creations, Nepal can simply get rich by selling mineral water. In fact, all “water” in Nepal is rich with “minerals.” One does not need to listen to Prime Minister’s sentimental speech delivered from the lake of Rara. There is nothing wrong with the dreams and the dreamers, only problem, as was with Som Sharma, is when dreams turn into nightmares.

Let me wrap up by citing my late management Professor Ram Prasad Rajbahak: “Normally a beggar owns his begging bowl. In case of Nepal, we do not even have this privilege.”

Combining anti-establishment rhetoric on cultural and economic issues has worked well for right-wing populist parties. Will it work in Germany? Read More...

Jazeera Airways announces launch of service to GBIA
23 minutes ago