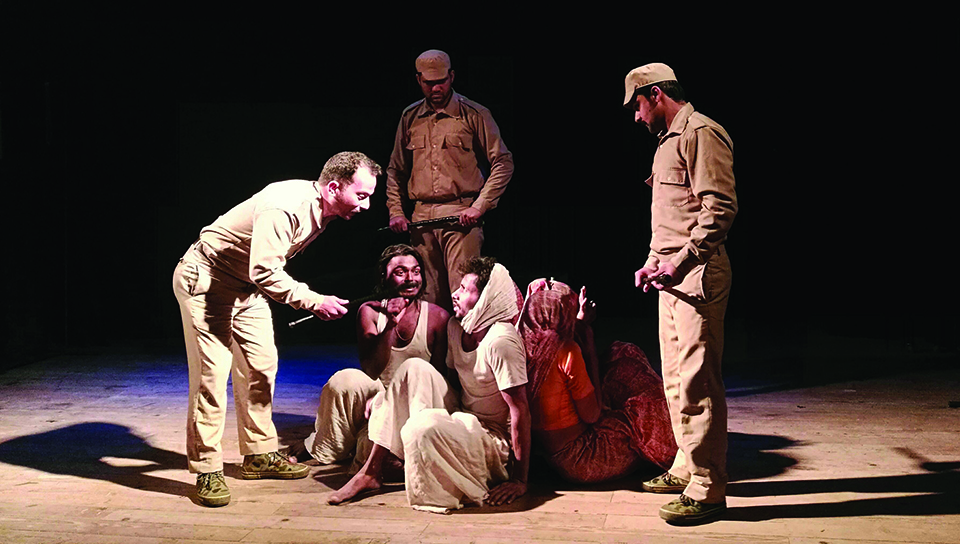 It’s too early to declare the divisive statute dead, but its dysfunction was visible from the day of its promulgation

An old saw holds that time heals everything. If only life were that simple. Given time, some wounds do heal by themselves with a little help from elements. Left unattended, a few others fester and turn septic. Even lacerations that lessen with time leave inerasable scars behind in the body and mind.

The scars of 9/11 in Madhes are still fresh not only in the memories of its survivors but also all those Madhesis that endured the pain with a sense of complete helplessness as security forces killed unarmed protestors and silent spectators with gay abandon.

Three years on, no perpetrator of the mayhem has as yet been brought to book.  The report of the judicial commission that was formed to investigate causes, course and consequences of violence during peaceful protests in Madhes is still being treated as state secret.

The context is different, but the lyrics of an old song capture the agony of autumn of 2015 in poignant manner: “That September that brought the pain / That September in the rain.” Three years ago, it rained tears throughout Madhes. The lachrymal fluid flowed freely as security forces rampaged through streets manhandling onlookers, lobbing teargas cells and firing live bullets.

It was the September rain in Jaleshwar that led Ramshila Mandal to her death. A local leader of Rastriya Prajatantra Party, she was unusually outspoken and didn’t hesitate to call a spade with its proper name. On 9/11, she had taken shelter to escape the downpour when she fell down completely unaware of what had happened. The gunman in uniform had been a sharp shooter: According to doctors, a single bullet had hit her almost exactly in between two eyes. It seemed as if Nepali security forces had improved their ability of shooting to kill after their humiliation at the hands of Maoists.

In retrospect, over five dozen victims of the Third Madhes Uprising were spared slow and painful death—all of them were shot above waist and most of them died on the spot. Three years later, the 30-year-old ‘Free Madhes’ activist Ram Manohar Yadav wasn’t so ‘lucky’.

Arrested on the charges of intending to wave black flag—or actually doing so according to the official version of the event—Ram Manohar, a patient of hypertension on prescription, was denied medicine, not allowed to meet his family members and maltreated even if not physically and mentally tortured as is being alleged. When his health deteriorated, the custodial patient was shuffled from hospital to hospital for nearly 500 kilometers through Nepali roads. He was finally declared dead at the Teaching Hospital in Kathmandu where the body still lies. Even dignity in death has been denied by the authorities that haven’t allowed postmortem and refuse to hand over corpse to the family for final rites.

Rightly has it been said that when it comes to the nature of power, the more things change, the more they remain the same. In September 1768, the Chieftain of Gorkha principality overran Nepal Valley and founded the Shah Dynasty. Two decades later in Europe, the French Declaration of the Rights of Man and of the Citizen of 1789 was formulated, which states, among other things: “Any society in which the guarantee of rights is not assured, nor the separation of powers determined, has no constitution.” The Shah Dynasty is gone and Nepal has yet another constitution, but not the one that constitutes “the people”, but a charter that undermines the very idea of “We the people” and strengthens the belief of ‘us’ versus ‘them’.

In a recent program, former Prime Minister Baburam Bhattarai claimed that he had heard from the ‘horse mouth’ that Indians had wanted Nepal to institutionalize religious freedom rather than secularism. According to Bhattarai, Indians had also shown interest in acquiring the right to build fast-track highway. Denied its requests at the last moment despite assurances from the highest level, New Delhi turned against the hastily drawn-up charter passed through the ‘fast-track’ without so much as even pretence of discussions in the Constituent Assembly.

While the two proximate causes appear entirely plausible, what probably frightened Indians was Nepal’s insistence upon renewing the ideology of monarchical nationalism through the republican constitution. Completely bereft of any useful content, the container of Nepali nationalism is built of anti-Madhesi metal, which sometimes translates into anti-Indianism.

It took a while for the security analysts at the South Block to realize the full force of 16-Point Conspiracy. By that time, it was too late. Other geopolitical players had already begun to call the shots in Kathmandu. When S Jaishankar arrived as the special envoy of Indian Prime Minister Narendra Modi, all that he could do was whine and fume. The deed had been done. The PEON (Permanent Establishment of Nepal) had adroitly used the catastrophe of Gorkha Earthquakes as a pretext to promulgate a hegemonic constitution with Khas-Arya ethno-nationalism as its core ideology.  Everything else in the document was an affirmation of the status quo that put the HAMNS (Hindu, Aryan, Male and Nepali Speakers) at the wheels.

Indians could do little to challenge politicos of Nepal that had sacrificed their own long-term interests for short-term gains. For Madhesis, their future itself was at stake. The state had reneged on its promise of ensuring self-rule through federalization, proportionate inclusion in the instruments of governance and representation based on population.

An Indian envoy had been the guarantor of at least two political settlements reached between Madhesi politicos and the Head of State and the Head of Government of that time Prime Minister Girija Prasad Koirala. Discontent in Madhes and discomfiture of Indian interlocutors was completely ignored as regressive forces rammed a divisive statute through the brute force of its overwhelming majority in the Constituent Assembly and mobilization of all security forces, including the Nepal Army as backup, in the Madhes.

Articles or clauses of a constitution are matters of detail; what really counts is the ideology that the statute enshrines. The charter is implemented and interpreted on the basis of politics that has birthed it in the first place. The contested constitution of Nepal is ‘ethno-nationalist’ and looks for foundational principles upon ‘owned history’ rather than ‘shared vision’ of a common future. History, as historian Eric Hobsbawm perceptively observes, can be the “raw material for nationalistic or ethnic or fundamentalist ideologies, as poppies are the raw material for opium…” The separation of ‘us’ and ‘them’ became inevitable.

It’s too early to declare the divisive statute dead, but its dysfunction was visible from the day of its promulgation. Perhaps to hide his embarrassment—he had signed on the dotted line under duress—President Rambaran Yadav reverentially bowed to the document. Curfew was imposed in several districts. Despite the official diktat to light lamps, a voluntary blackout greeted the decision in Madhes. Other than the officially orchestrated crowd, a sense of gloom and doom was unmistakable in the streets of Kathmandu. Lawmakers marching out of the CA building looked so downcast that they would have appeared more cheerful in some funeral processions.

In the aftermath of 16-Point Conspiracy, the government had declared a war against some of its own people that were perceived to be ‘them’. Taking his instructions from the de facto Chieftain at Balkot rather than the de jure dotard at Baluwatar, the-then Home Minister Bamdev Gautam was determined to win the game irrespective of the loss of life, liberty and property of Madhesis. Consequences were disastrous. It shot a demagogue into primacy of politics, which will continue to haunt the country for a long time to come.

Toadies and sycophants lined up behind the ethno-national chauvinist KP Sharma Oli. In addition to logical and illogical ways of presenting one’s arguments, an Oliological method came into play that blended chauvinism, populism and xenophobia in a demagogic manner. It produced a bumper crop of Oliars (somewhat fittingly pronounced as ‘Oh! Liars’) of the nationalist media and intelligentsia that continues to dominate public sphere without remorse.

Revolutionary poet of Pakistan Habib Jalib captures the mood of Madhesis, Janjatis and religious minorities that have been externalized by the hubristic and hegemonic charter: “Aisi Dastoor ko subahe be-noor ko, Main nahin manta, main nahin janta”. Exact translation of the thunder is impossible, but roughly put, “Such a constitution of might, a morning without light / I don’t accept, I refuse my consent.”

Combining anti-establishment rhetoric on cultural and economic issues has worked well for right-wing populist parties. Will it work in Germany? Read More...