The art of perseverance 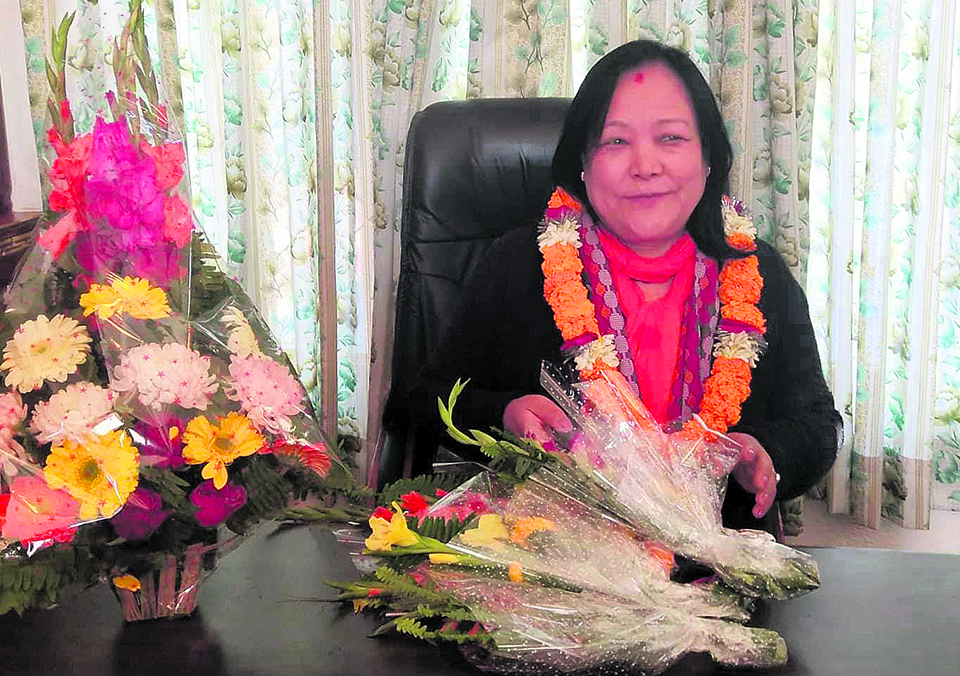 Lhakpa Phuti Sherpa was born in 1964 in Mushey village of Solukhumbu district, Nepal. As a child she would see tourists pass through her village in order to climb various mountains and she had always been fascinated by their motivation to take up such a daunting challenge. Just like the tourists who come all the way to Nepal to climb the various peaks, Sherpa too had a calling for the mountains and that has today made her a respectable as well as a powerful figure in the mountaineering scene in Nepal.

Sherpa started working as a cook and eventually worked her way up to a tourist guide and she accompanied tourists to various places around Solukhumbu. Unfortunately, like was the case for many women of her times, she was deprived of a proper education, which troubled her for the most part of her life. However, she claims to have now made peace with it. “My parents couldn’t provide me with formal education but they did teach me the importance of hard work, perseverance and determination all of which have helped me become who I am today,” she says.

Despite the hardships and lack of education, Sherpa always held the belief that women were not weaker than men and could achieve anything they wanted to and so, in 1990, she opened a trekking company called Luxury DMC Travels which organized trips to places in Nepal, India and Tibet. In 1993, Sherpa became the deputy team leader of the first Nepalis Women Expedition to Everest. It was the very team that had accompanied the first female Nepali mountaineer Pasang Lhamu Sherpa to the summit of the Everest.

To gain further expertise in the field of mountaineering, Sherpa traveled to various nations, mainly Switzerland, and was able to learn a lot of things related to mountain hospitality. However, all this was not enough for Sherpa as she wanted to do something for the community as well as the people around her and in the mountaineering scene. So she became an executive member at the National Mountain Academy (NMA) for two and a half years after which she was appointed its executive director.

When Sherpa first started work in the capacity of executive director at NMA, it wasn’t as established as it now is and, Sherpa says, often times it was really difficult to make themselves heard as a newly found institution. According to Sherpa, the mountaineering field does have manpower like guides and businessmen/women but they still lack a good set of academicians who are fully knowledgeable about topics like mountain flora fauna, mountain geology, medicine, glaciers etc. And for this, Sherpa felt the need to devise a curriculum that would teach people about these things, so that they could be more aware of the natural and scientific aspects of mountains rather than just focusing on trekking or business.

And so, through years of perseverance, under her leadership, NMA was able to introduce a plus two optional course on mountaineering. Sherpa and her team also devised a curriculum for a bachelor’s degree in mountaineering and Sherpa recalls the years of struggle it took to finally make that possible. All of this was never easy, she says, as mountaineering was a new subject altogether and it had never been done before. However, Sherpa confesses that she has never known how to give up. She felt like if she broke the barrier by proving her worth as a woman in power she could pave the way for many other women to make something of themselves.

In the end, NMA was able to introduce the first ever bachelor’s degree course on mountaineering that was approved by and affiliated to Tribhuvan University. Sherpa feels immense joy in the fact that she was able to bring in an entire curriculum in order to give others the opportunity to study what she couldn’t when she was young. She feels this gives ample opportunities to students who want to learn more about the mountains of Nepal.

Similarly, Sherpa and her team have also devised a two years master’s degree curriculum on Adventure (Mountain) Tourism and it will be introduced next year. Along with all this, under her jurisdiction, NMA has collaborated with organizations like Trekking Agencies Association of Nepal (TAAN) to provide trekking guide training program to men and women and, last year, around 750 people were able to receive training via the program.

Moreover, NMA also provides ski training for guides in Nepal, in order for them to find jobs and opportunities during the off seasons. For this, the guides are taken to places like India, Switzerland and France to refine their skills. “People say skiing is not possible in Nepal, but if countries like India and China have introduced skiing, Nepal too has the potential for it,” says Sherpa.

Five years ago, with the help of the Nepal government, NMA also held its first ever all female guide training program and it was a major success. It helped women find their place as tourist guides in various trails in Nepal. Many other stories like these have been published on her autobiography “Forty Years in the Mountains”, which talks about her relationship with the mountains and everything and everyone related to it.

Sherpa is thankful to all the people who have helped her accomplish things she set out to by supporting her during the tough times. She says she believes in the motto “Where there is a will, there is a way” with all her heart and also credits that mindset for her success. “I have also always been motivated by my wish to set a good example, be it for my children or for the women around me,” she concludes.

‘Art of cinema matters, not budget’