Tens of thousands join gay pride parades around the world 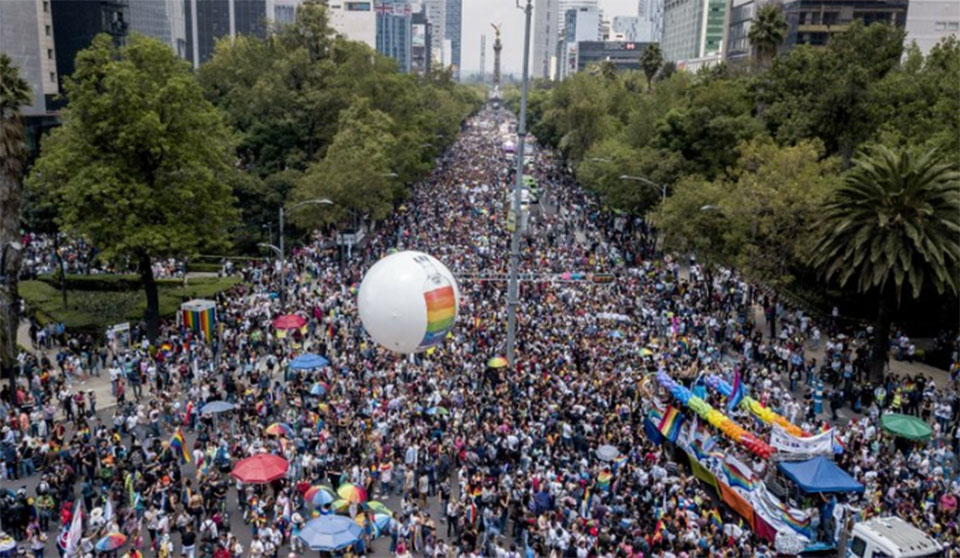 MEXICO CITY, June 30: Tens of thousands of people turned out for gay pride celebrations around the world on Saturday, including a boisterous party in Mexico and the first pride march in North Macedonia’s capital.

Rainbow flags and umbrellas swayed and music pounded as the march along Mexico City’s Paseo de la Reforma avenue got underway, with couples, families and activists seeking to raise visibility for sexual diversity in the country.

Same-sex civil unions have been legal in Mexico City since 2007, and gay marriage since 2009. A handful of Mexican states have also legalized same-sex unions, which are supposed to be recognized nationwide. But pride participants said Mexico has a long way to go in becoming a more tolerant and accepting place for LGBTQ individuals.

“There’s a lot of machismo, a lot of ignorance still,” said Monica Nochebuena, who identifies as bisexual.

Nochebuena, 28, attended the Mexico City march for the first time with her mother and sister on Saturday, wearing a shirt that said: “My mama already knows.” Her mother’s shirt read: “My daughter already told me.”

Human rights activist Jose Luis Gutierrez, 43, said the march is about visibility, and rights, especially for Mexico’s vulnerable transgender population. The Inter-American Commission on Human Rights says that poverty, exclusion and violence reduce life expectancy for trans women in the Americas to 35 years.

In New York City, Friday marked the 50th anniversary of the Stonewall uprising, when a police raid on a gay bar in Manhattan led to a riot and days of demonstrations that morphed into a sustained LGBTQ liberation movement. The city’s huge Pride parade on Sunday also swings past the bar.

Other LGBTQ celebrations took place from India to Europe, with more events planned for Sunday.

In the North Macedonian capital of Skopje, U.S. Charge d’Affaires Micaela Schweitzer-Bluhm attended the first pride march there in a festive and incident-free atmosphere despite a countermarch organized by religious and “pro-family” organizations.

People from across Macedonia took part, along with marchers from neighboring Bulgaria, Greece and Serbia and other countries.

“This year Skopje joined more than 70 Pride (marches) and the USA are very proud to be part of this,” Schweitzer-Bluhm told reporters. “There is a lot of progress here in North Macedonia but still a lot has to be done.”

In Paraguay, about 2,000 people paraded through the capital some carrying signs saying “Universities Free of Homophobia” and “Equal Rights.”

The gay pride march came on the same day that conservative Paraguayan President Mario Abdo Benítez tweeted: “We will defend the family as the basis of society and the protection of life from conception.”

Souls of My City: Pride for culture

Sita Magar and Sujan Magar are both 19-year-olds originally from Syangja. ... Read More...

KATHMANDU, June 30: The World Bank has objected to the government’s revision of the housing grants tranches, stating that such revision... Read More...