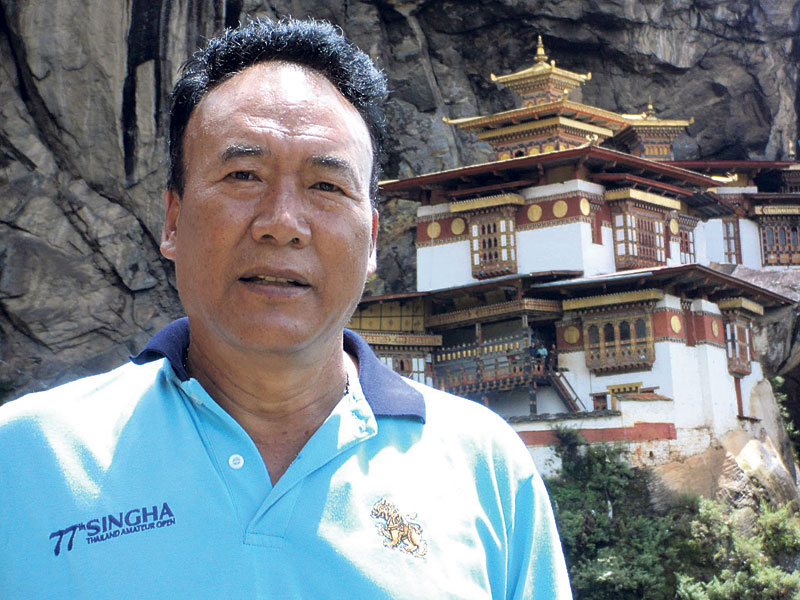 KATHMANDU, Aug 30: Former vice president of All Nepal Football Association (ANFA) Tashi Ghale, who is also a former president of A division outfit Manang Marshyangdi Club (MMC), announced his candidacy for the post of ANFA president on Monday. Ghale made such announcement during a program organized by MMC to introduce newly-appointed executive committee of the club and felicitation program of graduates of the recently held AFC A license course.

The post of ANFA president had remained vacant since FIFA imposed a 10-year ban on Ganesh Thapa, charging him of misconduct on November 16 last year. Following the ban imposed on Thapa, who ruled ANFA for more than two decades, Narendra Shrestha has been assigned the duties of acting president of the football governing body of Nepal. The election for new president is schedule for October 24. Acting President Shrestha and Vice President Karma Tshering Sherpa are likely to be other contenders to vie for the post. The newly-elected president will have tenure until October next year.

“I feel proud that the club has nominated me to vie for the post of ANFA president. However, I feel that I may not win the election,” said Ghale, who was also named one of the members of the 15-member executive committee of the club nominated by Manang Sewa Samittee, the mother organization of the club.

He also fiercely criticized ANFA as an undemocratic institution. “Though there is democracy in the country, there is no democracy in ANFA,” he said hinting at Ganesh Thapa's tenure since 1995.

“ANFA has been engulfed in turmoil since the last 30 years,” he said.

Ghale urged ANFA's top brass including acting President Shrestha, General Secretary Dhirendra Pradhan among others who also attended the function not to make the election a farce like in 2009 when Gita Rana was barred for contesting for the top post. Back in 2009, ANFA created a provision of five proposers and seconders each while filing candidacy which prevented Rana from contesting in the polls as she did not have adequate supporters.

Referring to a report of National Sports Council (NSC) about ANFA, Ghale termed ANFA as a failure as he pointed out four things - match fixing, three different statutes, case pertaining at court and over-age controversy in international age-group tournaments - to back his claims.

Speaking during the same function NSC Member Secretary Keshav Kumar Bista opined that election was a democratic way of choosing leadership. He, however, warned that election for the sake of election would bring even more problems.

KATHMANDU, Sept 23: Tashi Ghale has withdrawn his candidacy for the post of ANFA president on Friday. Organizing a press conference... Read More...