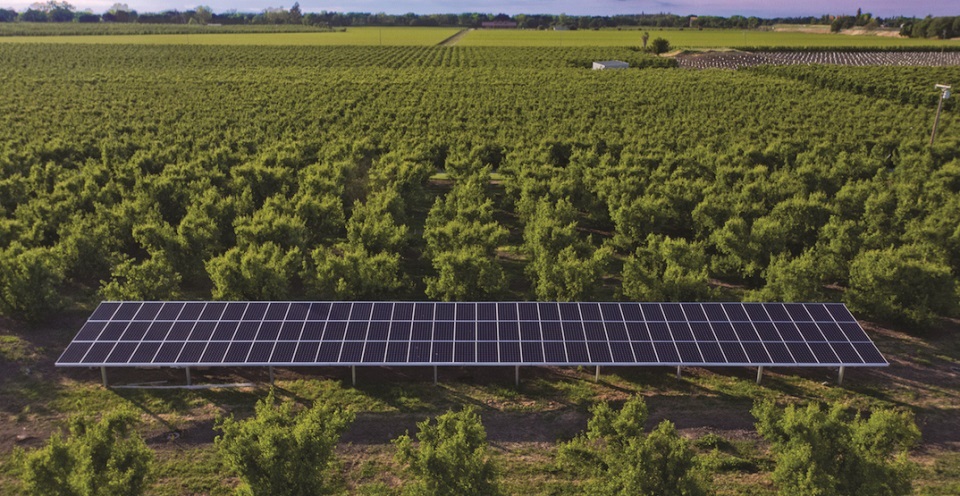 Using the sun to dry crops and grain is one of the oldest applications of solar energy in agriculture. These days, solar energy can be used in agriculture in a number of ways. It saves money, increases self-reliance, and reduces pollution. Solar panels can be used to power an irrigation pump which can then be used to pump water for irrigation. Solar dehydrators are another type of solar technology used in the agriculture industry. Solar drying equipment can dry crops faster and more evenly than leaving them in the field after harvest. Solar energy can help farmers reduce their costs and improve their efficiency and self-reliance. That is why many farmers around the world prefer to implement solar technologies on their farms. Solar farming is not only cost effective but also environment-friendly and reliable. Use of solar energy can also be helpful for reducing the drudgery of women farmers.

These days, commercial greenhouses have become popular in the urban areas and they often rely on the sun for both light and heat. Photovoltaic (PV) panels are often a cheaper option than new electric lines for providing power to remote locations. Many farmers in Nepal lack access to electricity, and those that have access experience frequent power cuts. In this context, solar photovoltaic (PV) systems have shown their potential in rural electrification. Solar photovoltaic systems, through their flexibility in use, offer unique chances for the energy sector to provide “packages” of energy services to remote rural areas for agriculture, rural health care, education, communication, lighting and water supply. Applications such as PV-powered drip irrigation systems, pest control, processing plant operation, aeration pumping for aquaculture, and poultry lighting are finding increasing niche markets.

Solar in agriculture
Sun drying is one of the most widespread and cheap methods practiced globally to dry crops after harvest.  But the use of modern solar dryer is recently finding its way for drying agricultural produce. Solar  dryers  are  available  in  various  ranges  of  size and  design  and  are  used  for  drying  of  various agricultural  products. It is more effective technology to preserve agricultural products, control post-harvest losses and reduce transportation costs for agricultural food products. There are various types of solar dryers classified based on modes of heating, air circulation and application. In Nepal, fruits and vegetables are dried on racks in a small chamber with a solid earth back wall and plastic film covering. The drier is constructed from available stone, mud, bamboo and white plastic sheet and built facing south to maximize the sunshine it receives. The design ensures a constant airflow. It is definitely a clean source of energy and emits a minimum amount of GHGs when compared to fossil fuels. Fruits and vegetables dried in solar dryer are better in quality and hygienic than dried in open.

Application of solar technologies for irrigation is gaining popularity among the farmers. In a pilot study done in Saptati district of Nepal, the impact of the solar pumps on crop production and livelihoods was very positive. It significantly reduced the use of diesel pumps. So solar pumping can be a viable option for farmers to boost crop yields, reduce cost of production and increase incomes of the farmers. But, solar pumping technology is still out of reach for most Nepali farmers. The solar pump can pump water for at least 25 years with little overhead and management costs. A solar pump is clearly the more viable option in the long run and once commercial and public banks start lending to install it, it will have a significant impact on the lives of farmers.

Solar panels, however, do take up a lot of space, especially for larger utility-scale systems. In order to solve this problem, agriculturists abroad are working by mounting solar panels high enough to allow the crops planted below to receive almost as much sunshine as they would if the panels were not there and to permit farm machinery to operate beneath them. It has been found a promising solution for increasing both the land use efficiency and the share of renewable energy provided by the agricultural sector.

Experience of neighbors
In recent years, photovoltaic agriculture has been developing rapidly in China due to powerful support policies and flourishing controlled environmental agriculture. Solar greenhouses have played a vital role in China’s agricultural production. New innovations in greenhouse design are allowing growers to produce more varieties of crops, even during long winter months. Solar greenhouses have many advantages such as energy savings, reduced pollution, and increased production. Growing fruits and vegetables in off-season can be done in a sustainable way.

Nepal can take advantage of the Chinese and Indian experiences in the use of solar energy in agriculture. Modern solar greenhouse is an important initiative in China’s protected cultivation history for it contributes to energy saving, pollution reduction, and comprehensive competitiveness of modern agriculture improvement. Similarly, the use of power generated from solar energy is increasing in India to operate agricultural or farming tools. It is simple, cost effective, reliable and long-lasting. Most common agricultural tools such as tractors, watering systems, rotator, roller, planter, sprayers and broadcast seeder have now started to work on solar power by replacing the battery power.

Support the solar
However, the government should play a proactive role to get benefits of PV applications in agriculture by providing policy and other supports to the interested farmers and entrepreneurs. Young farmers in Nepal are showing interest in solar greenhouse farming. If these young farmers get opportunity for training, they will certainly play an important role in the modernization of Nepali agriculture by using solar energy. Support should be provided for achieving the government’s target of reducing food import.

It is also necessary to take into consideration of investment ability, investment scale, and a planting scheme. Probably high value crops may be appropriate for getting maximum profit from solar greenhouses.

Farmers worry over marketing of kiwifruit

PHUNGLING, Jan 4: The farmers here are worried about the marketing of kiwifruit. Although they had begun kiwifruit farming expecting... Read More...