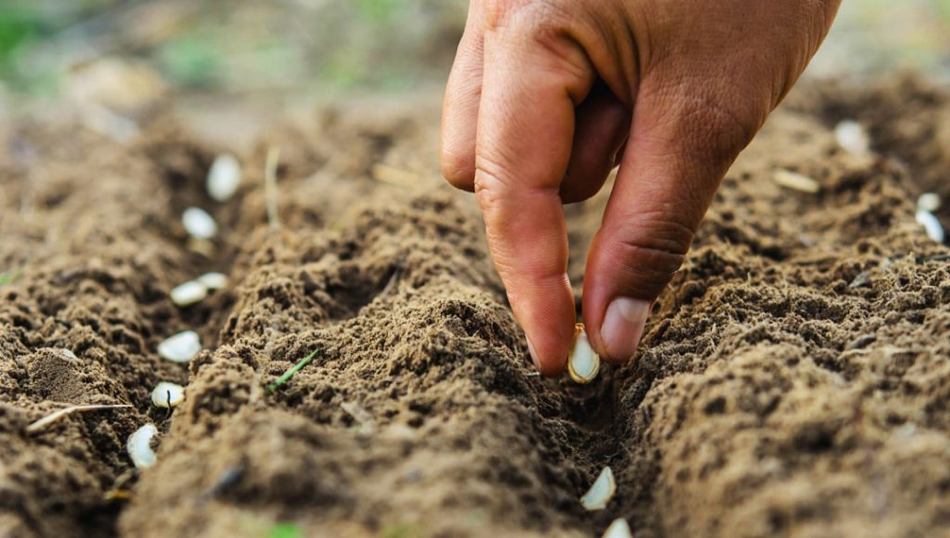 Availability of good quality seeds is one of the prerequisites to increase crop production. They need to be made available on time and in places where needed at reasonable price. But the seed supply system of Nepal is not reliable and farmers have always complained about unavailability of quality seeds. Nepalis are lagging behind in conserving diverse genetic resources, utilizing available resources in developing appropriate varieties and producing their seeds, and coordinating actors for smooth flow of seeds along the value chain. As a result, Nepali markets are dominated by imported seeds, which is continuously on the rise.

The demand of hybrid seeds is soaring in the Nepali market due to their high production potential. A large quantity of hybrid seeds worth millions of rupees is imported annually from abroad to fulfill this demand. In addition, entrepreneurs' access to open pollinated seeds is easier in the international markets than in the domestic market. Therefore, reducing import is not possible without developing suitable hybrid and open pollinated varieties of different crops according to farmers' choice, and making their seeds available when and where needed.

The formal seed industry, comprising the development of new varieties and the supply of source seeds, was almost entirely in the hands of the Nepal Agricultural Research Council (NARC) until 1998. The National Seed Policy (NSP) of 1999 for the first time had a provision for private-sector involvement in crop-variety development and the seed trade. Even then, the seed sector was found ineffective to enhance the dynamism of Nepali agriculture.

Realizing the ground reality of safeguarding the national interest of self-sufficiency in quality seed, and their import substitution and export promotion, National Seed Vision (2013–2025) has been under implementation. This vision is the first official document of its kind, which provides directives to all stakeholders associated with the seed business in Nepal for development and maintenance, seed multiplication, seed processing and conditioning, seed marketing, and seed quality control and use. It has also clearly identified the gaps, opportunities, and strategies to be adopted to achieve the goal and outcomes by 2025 under the proposed seed system in Nepal. The vision proposes promotional programmers to improve the quality of Nepali seeds and to increase their demands in the domestic and international markets. It has also recognized the important roles to be played by seed producers and seed entrepreneurs.

The implementation of this vision is now distorted due to restructuring of agriculture.

Two types of seed supply systems are prevalent in Nepal. The first is informal seed system, which supplies more than 90 percent of all the seeds used by farmers in cereal crop production. This supply system is characterized by farmers producing and preserving their own seeds for subsequent planting. Most traditional and local land races are product of such supply system. The second is the formal seed system characterized by a vertically organized production and distribution of tested and released/registered varieties by public and private organizations using agreed quality control mechanism. This system supplies less than 10 percent seed for cereal crop production.

In case of vegetable seeds, only about 50 percent of estimated seed requirement is met by domestic production. Till the year of Agriculture Perspective Plan (APP) initiation, about a dozen of hilly districts used to produce considerable quantities of different types of vegetable seeds. A good system of vegetable seed production was in place. The seed enterprise was encouraging and very profitable. Introduction of hybrid seed, conflict in seed producing areas, alternative employment opportunities, weak research and extension support, and termination of external supports due to low priority given by the government discouraged seed  growers from continuing their enterprise.

The use of hybrid vegetable seeds in Nepal has increased manifolds but hybrid development process is very slow. The gap in demand of hybrid seeds is mostly met by imports. The main reason for this slow process is due to inadequate human resource coupled with weak commitment and dedication of the scientists. Few works have been initiated towards development of drought tolerant variety, low and high temperature tolerant variety along with specific diseases resistant variety.

However, the low priority given to the seed sector by the APP has been corrected in the Agriculture Development Strategy (ADS). The National Seed Vision has been prepared and incorporated in the ADS to fulfill the gaps that had prevailed in the seed sector in the past. Through its implementation in perfect harmony with the ADS, the seed vision is expected to contribute to production of wide range of crop seeds so that the seed industry would be self-reliant and the national interest of substituting import and promoting export would be safeguarded. But the implementation of the ADS itself is very weak.

Community-based seed organizations dealing with rice, wheat, maize, kidney bean, chickpea, mung bean, lentil, field pea and oilseed have been established in some districts. They are market-oriented, and cost-effective, because they involve all stakeholders including farmer groups, government and non-government research and development organizations, seed traders and entrepreneurs. This system of seed production is helpful for farmers to get seeds of the varieties they prefer. Furthermore, 25 community seed banks have so far handed over 1000 local seed varieties of 62 crop species to the central government-owned gene bank. More such community seed banks are needed to promote collection and utilization of local seeds. At the same time, they need government’s full support to make farmers self-sufficient in seed requirement.

Can job creation and productivity increase happen together?

Citizenship Bill withdrawn from parliament due to lack of unanimous position among parties: Govt
33 minutes ago