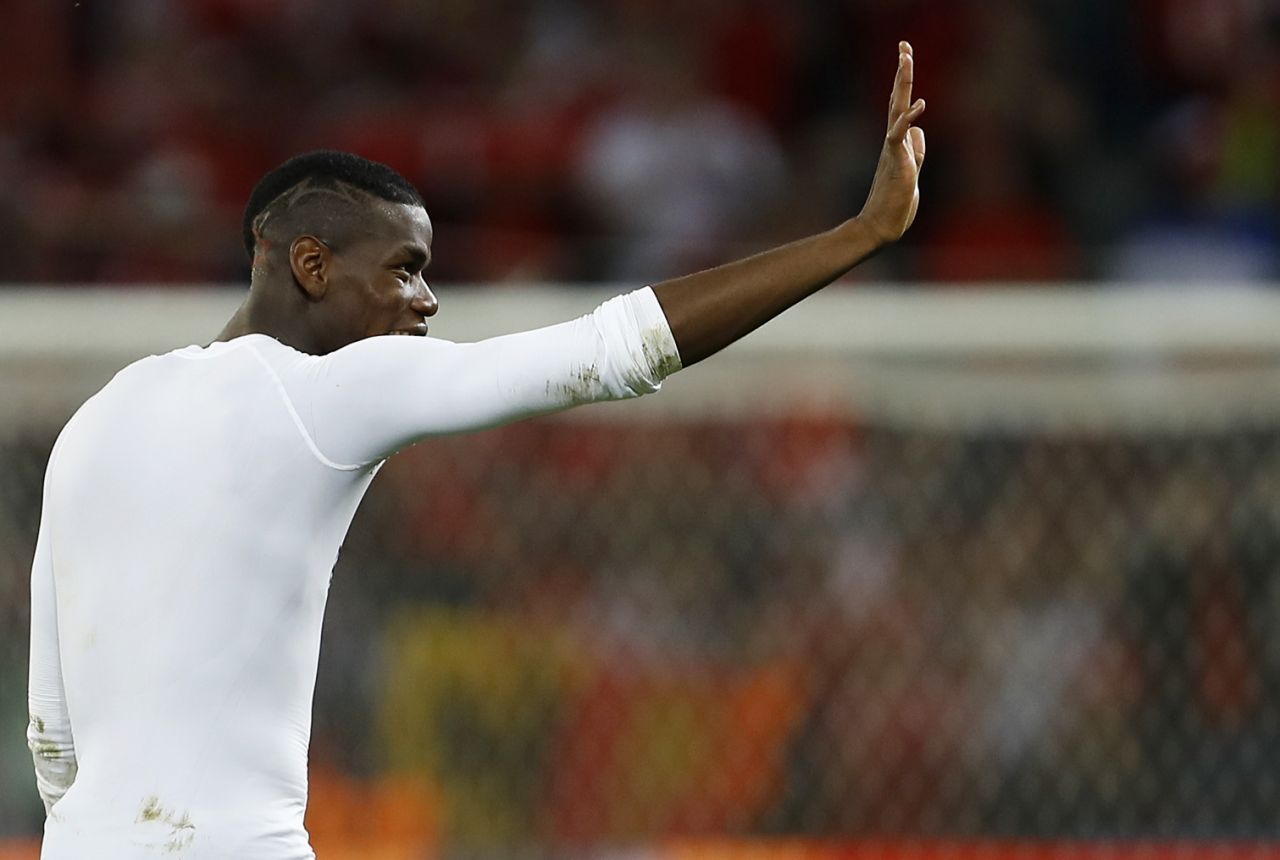 France's Paul Pogba salutes fans at the end of the Euro 2016 Group A soccer match between Switzerland and France at the Pierre Mauroy stadium in Villeneuve d’Ascq, near Lille, France, Sunday, June 19, 2016. AP

PARIS, June 20: France and Switzerland settled for a 0-0 draw that suited both sides, while Albania staked its claim to a place in the last 16 of the European Championship by eliminating Romania in a 1-0 victory on Sunday.

Two years ago in Brazil, France overran the Swiss in a 5-2 rout at the World Cup but in Lille it was a very different story. Switzerland matched France for possession to secure second place behind the host nation in Group A — and seal its first appearance in the knockout stages of the European Championship.

France had the better of the scoring chances, with midfielder Paul Pogba hitting the crossbar in the first half with a swerving shot from 25 meters. Substitute Dimitri Payet, who scored in both of the team's previous games, did the same in the 75th minute with a fine volley.

But the hosts have yet to really hit their stride at the tournament and will look for an improvement when they take on one of the third-place teams in a week's time.

"I'm not blind, I know we can do better — but a new competition starts for us on Sunday," France coach Didier Deschamps said.

It was a particularly bad game for kit suppliers, with the ball bursting in the second half and Switzerland having to provide three new shirts for its players after the originals ripped.

After two narrow defeats, Albania's victory over Romania has given it a fighting chance of advancing to the knockout stages as one of the best third-place teams at the tournament.

Armando Sadiku scored the only goal with a far post header over goalkeeper Ciprian Tatarusanu, who had left his line. It was also Albania's first ever goal in an international tournament.

"If we stay in the tournament we will be trouble to other teams, to important teams, because today we got some more confidence," Albania's Italian coach Giovanni De Biasi said through a translator. "We needed the first two games to settle in."

Albania, which has three points on the board, must wait to find out if it will be playing in the last 16 as one of the four best third-place teams at Euro 2016.

A wide open Group B will be settled on Monday, when Russia plays Wales in Toulouse and England takes on Slovakia in Saint-Etienne.

England is currently top with four points, followed by Wales and Slovakia on three points, while Russia has one.