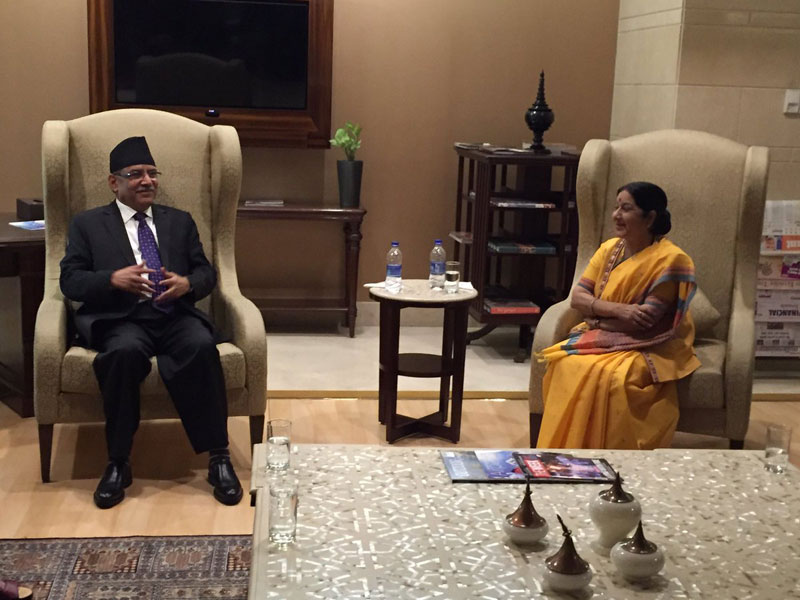 Dahal is on a four-day state visit, leading a 125-member delegation, at the invitation of his Indian counterpart Narendra Modi.

Dahal and Swaraj had a brief talk at the  VVIP lounge at the airport.

During the visit, PM Dahal shall hold an interaction with Nepali community immediately after he reaches India on Thursday. The interaction to be organized by Nepali Embassy will be attended by Nepali industrialists, industrialists and entrepreneurs, students, political activists and media person.

The Prime Minister will be holding an interaction with Nepali industrialists and businessmen based in New Delhi. He will return home on September 18, adds the Ministry of Foreign Affairs. 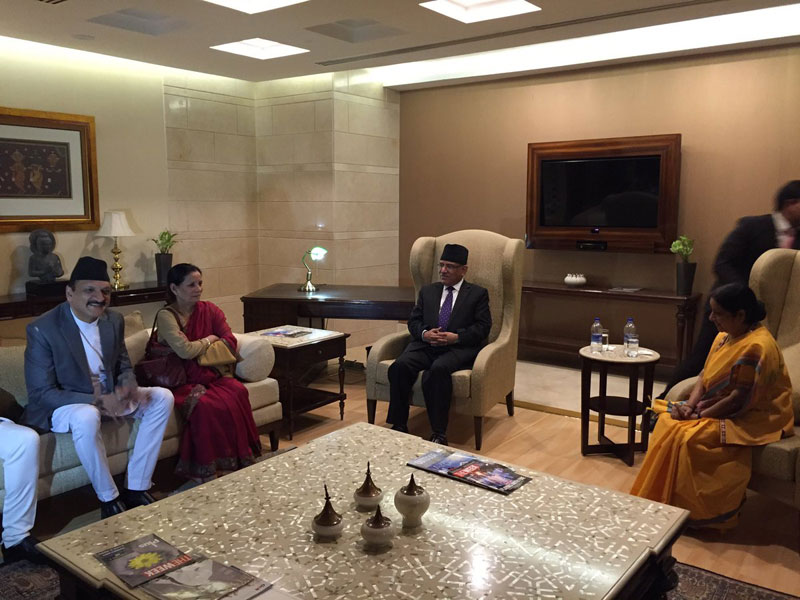