Students deprived of higher education due to lack of citizenship 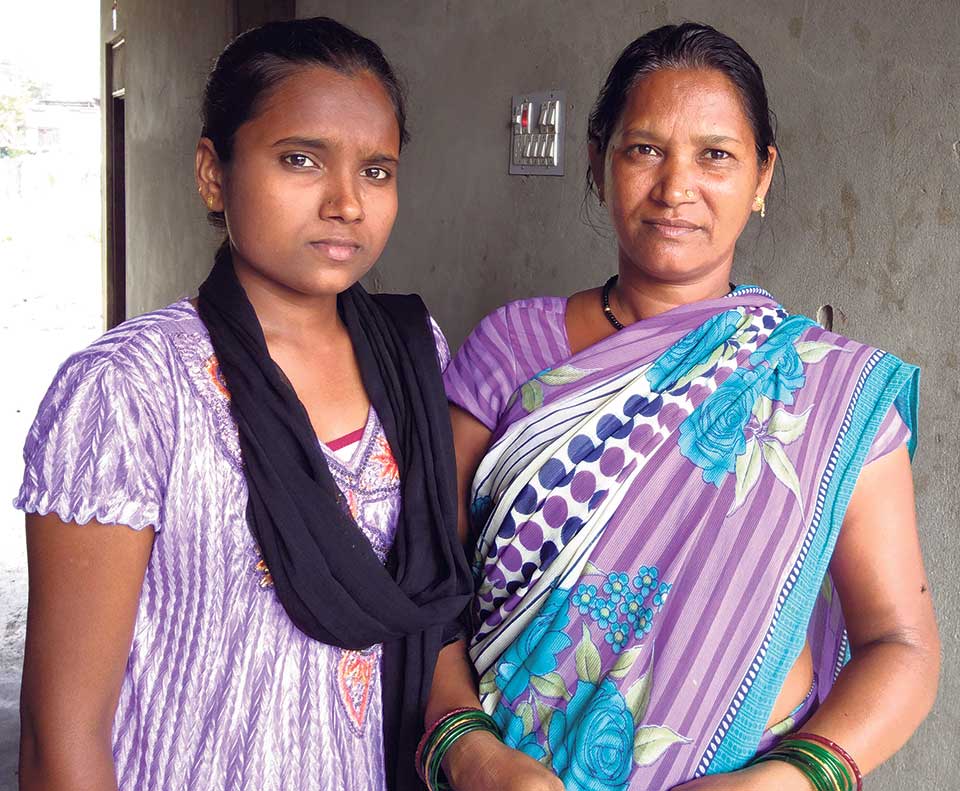 Manisha and his mother Kamleshwari.

RUPANDEHI, Sept 15: Manisha Gupta recently passed her 10+2 exams from Kanti Higher Secondary School (KHSS), Butwal. She wanted to claim a scholarship for her further education as her family will not be able to afford it. Unfortunately, she could not do so as she doesn't have the citizenship certificate.

Manisha who has always been a bright student went to Pokhara University to fill the scholarship form for Bachelor's in Business Arts (BBA). However, the university refused to accept her form stating she must have a Nepali citizenship.

This has compelled her to knock the doors of various organizations and government authorities seeking help. "I was born and brought up in Butwal," she said, adding, "There is a lot that I want to do in my life after completing my studies. But I won't be able to do so because I don't have the citizenship."

On December 2, 1999, Manisha was born in Gadhitole, Butwal. She appeared in her Secondary Education Examination (SEE) from Ujir Sigh Secondary School in 2016. The district administration issued her a birth certificate as well. Apart from her citizenship, her other documents were enough to qualify her for the scholarship.

The lack of citizenship prevented her not only from studying under a scholarship but also from studying by paying fees. "This will also pose problem for me while seeking a job in the future," she said.

Bishnu Gaud, a 12th grader at KHSS, shares a similar fate. Despite being one of the best students of his school, he too will not be able to claim a scholarship for his higher studies. He has made rounds of the district administration office to obtain a citizenship certificate but in vain.

He lost his father years ago and has been living with his mother in Devinagar of Butwal. His mother too hasn't got a citizenship certificate, as his father did not have citizenship. These two are just the representative cases as there are a large number of youths in various districts of tarai who have been deprived of higher education due to the lack of citizenship.

Dr Kumar Sharma, chairperson of the provincial law and planning commission, said that many people are unable to obtain citizenship certificates despite being born in Nepal. "Citizenship is just for identity. It is unfair to prevent Nepali citizens from studying when foreigners are allowed to study in our country," he said. He stressed that the government should change its policies about how a person can obtain a citizenship certificate.

BUTWAL, Oct 5:The ruling Nepal Communist Party (NCP) has issued a whip to its lawmakers in Province 5 Assembly to... Read More...