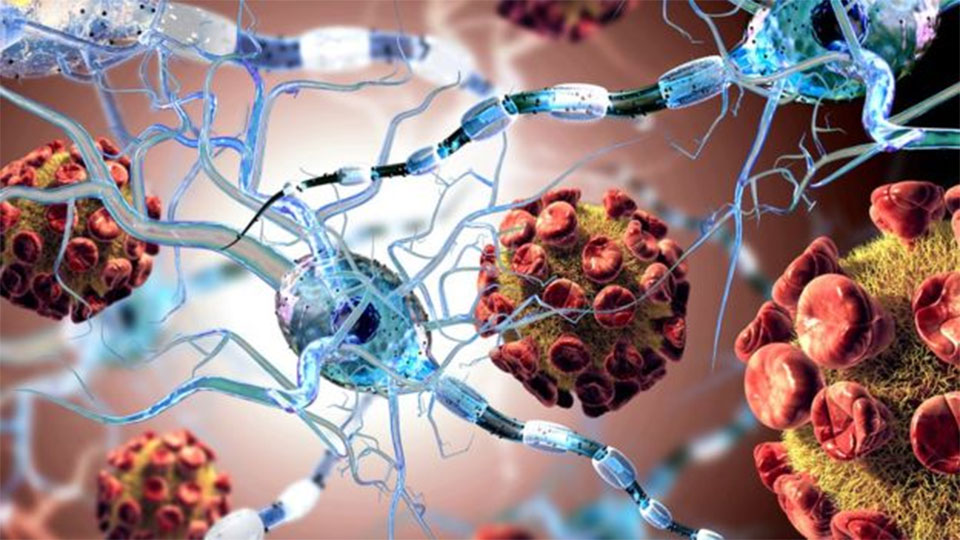 Doctors say a stem cell transplant could be a "game changer" for many patients with multiple sclerosis.

Results from an international trial show that it was able to stop the disease and improve symptoms.

It involves wiping out a patient's immune system using cancer drugs and then rebooting it with a stem cell transplant.

Louise Willetts, 36, from Rotherham, is now symptom-free and told me: "It feels like a miracle."

A total of 100,000 people in the UK have MS, which attacks nerves in the brain and spinal cord.

Just over 100 patients took part in the trial, in hospitals in Chicago, Sheffield, Uppsala in Sweden and Sao Paolo in Brazil.

They all had relapsing remitting MS - where attacks or relapses are followed by periods of remission.

The interim results were released at the annual meeting of the European Society for Bone and Marrow Transplantation in Lisbon.

After one year, only one relapse occurred among the stem cell group compared with 39 in the drug group.

After an average follow-up of three years, the transplants had failed in three out of 52 patients (6%), compared with 30 of 50 (60%) in the control group.

Those in the transplant group experienced a reduction in disability, whereas symptoms worsened in the drug group.

Prof Richard Burt, lead investigator, Northwestern University Chicago, told me: "The data is stunningly in favour of transplant against the best available drugs - the neurological community has been sceptical about this treatment, but these results will change that."

The treatment uses chemotherapy to destroy the faulty immune system.

Stem cells taken from the patient's blood and bone marrow are then re-infused.

These are unaffected by MS and they rebuild the immune system.

Prof John Snowden, director of blood and bone marrow transplantation at Sheffield's Royal Hallamshire Hospital, told me: "We are thrilled with the results - they are a game changer for patients with drug resistant and disabling multiple sclerosis".

Prof Basil Sharrock, neurologist at Royal Hallamshire Hospital, told me: "This is interim analysis, but with that caveat, this is the best result I have seen in any trial for multiple sclerosis."

She told me: "MS ruled my life and I lived in fear of the next relapse.

"The worst time was not being able to get out of bed because I had no stability in my body - I struggled to walk and even spent time in a wheelchair.

"It also affected my cognition - it was like a brain fog and I misread words and struggled to keep up with conversations."

The BBC's Panorama filmed her undergoing her transplant in October 2015 and she is now back to full health.

She got married to her partner Steve, on the first anniversary of her transplant, and their baby daughter Joy is now a month old.

"I feel like my diagnosis was just a bad dream. I live every day as I want to, rather than planning my life around my MS."

The transplant costs around £30,000, about the same as the annual price of some MS drugs.

Doctors stress it is not suitable for all MS patients and the process can be gruelling, involving chemotherapy and a few weeks in isolation in hospital.

Dr Susan Kohlhaas, director of research at the MS Society, said the stem cell transplant HSCT "will soon be recognised as an established treatment in England - and when that happens our priority will be making sure those who could benefit can actually get it".

She added: "We've seen life-changing results for some people and having that opportunity can't depend on your postcode."

July 31: The deterioration of motor skills in Parkinson's patients is driven by the decline of dopamine production, but researchers... Read More...

‘Nepalgunj–Delhi flight could be a game changer for Province 5’

KATHMANDU, Jan 1: For Kailash Thakur, life was hard and not much bright until he got eye sight through a... Read More...

National Assembly to meet on January 31
41 minutes ago