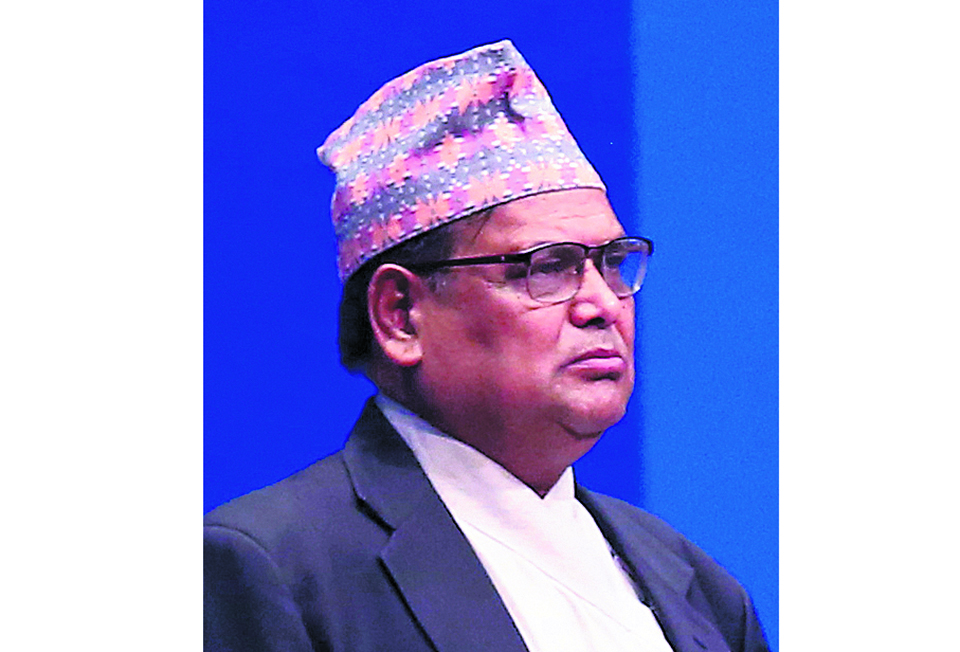 The female employee at the Parliament Secretariat accused Speaker Mahara of sexual harassment after reaching her rented apartment at Tinkune, Subidhanagar. A team from Metropolitan Police Circle Office, Baneshwar had also reached the apartment at about 8:45 pm after the victim reported to the police.

Police had found the woman slightly inebriated and complaining of sexual harassment by Mahara. They suggested to her to file a complaint.

Although the police asked her to file a complaint on Sunday evening, the victim has not done so as of Monday evening. The woman claimed that Mahara used to come to her apartment and attempt sexual advances in the past also.

Meanwhile, Speaker Mahara’s secretariat in a statement issued late Monday evening said the reports about his involvement in sexual harassment are baseless. “It cannot even be imagined that the honorable speaker is involved in misbehaving with anyone. I want to inform all media and journalist friends that there is no basis for the attempts that are being made to malign the character of House Speaker Mahara in connection with yesterday’s [Sunday] alleged incident,” a press statement issued by Mahara’s press advisor Dilli Malla said.

The statement said that he had not gone anywhere except the parliament secretariat at noon Sunday and had returned to his official residence in Baluwatar by 2 pm. It also said that broken glasses and an insole allegedly from his shoes that were said to have been found at the rented apartment of female employee did not belong to Mahara.

KATHMANDU, Oct 3: Pressure is mounting on the ruling Nepal Communist Party (NCP) to launch an internal inquiry into allegations against... Read More...

Avalanche in Manaslu mountain base camp, bad weather makes rescue difficult
4 hours ago
Sabitra's request to find her husband who disappeared in Italy five years ago
4 hours ago