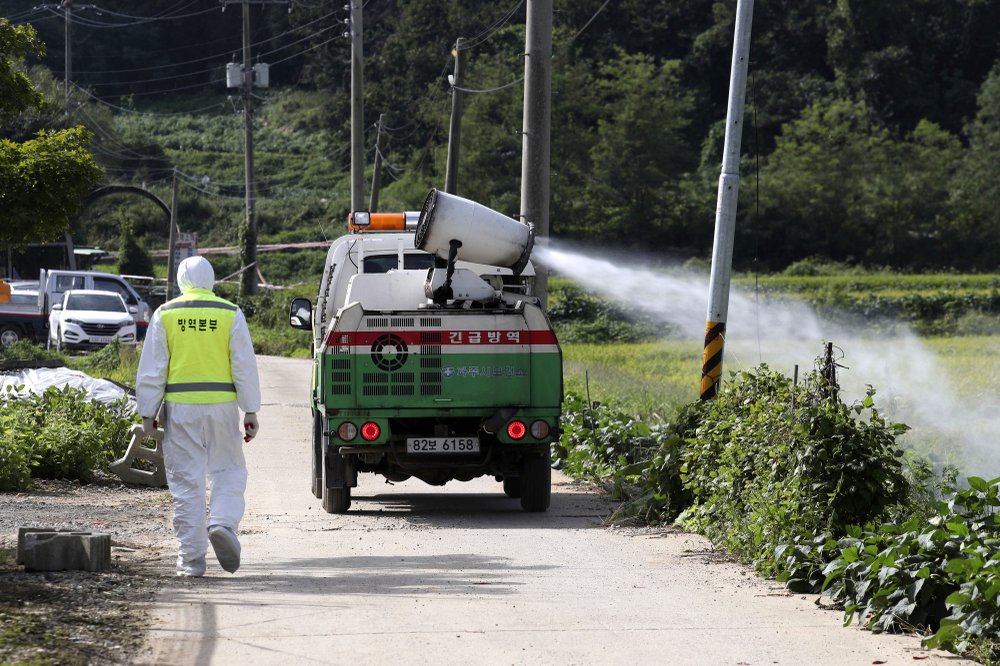 SEOUL, Sept 17: South Korea is culling thousands of pigs after confirming African swine fever at a farm near its border with North Korea, which had an outbreak in May.

Kim Hyun-soo, South Korea’s agricultural minister, said the country’s first case of the highly contagious disease was confirmed Tuesday in tests on five pigs that died Monday evening at the farm in the city of Paju.

Officials were planning to complete by Tuesday the culling of some 4,000 pigs raised at the farm and two nearby farms run by the same owner. The government also strengthened efforts to disinfect farms and transport vehicles and ordered a 48-hour standstill on all pig farms, slaughterhouses and feed factories across the country to prevent the spread of the disease, which threatens a massive industry that involves 6,000 farms raising more than 11 million pigs.

African swine fever has decimated pig herds in China and other Asian countries before reaching the Koreas. It is harmless to people but for pigs is highly contagious and fatal. There is no known cure.

The outbreak in South Korea comes despite months of heightened monitoring efforts at border area farms after the disease spread to North Korea. In May, the North told the World Organization for Animal Health, or OIE, that 77 of the 99 pigs at a cooperative farm near its border with China died of the disease and the remaining 22 pigs were culled.

South Korea’s agriculture ministry said investigators were sent to the farm to trace the source of the outbreak and it wasn’t immediately clear if the disease would have crossed from North Korea.

North Korea has scaled back cooperation with South Korea after a summit between leader Kim Jong Un and President Donald Trump collapsed in February, and it has ignored repeated South Korean calls for joint efforts to stem the spread of the disease.

South Korea placed hundreds of fences and traps around border area farms to prevent pigs from being infected by wild boars that roam in and out of North Korea, while the military used its heat sensors installed along the border to monitor the movement of the animals.

IN PICTURES: Four cops injured in clash with locals in Khokhana
22 hours ago

Another health crisis is looming; more than 1105 people committed suicide in 100 days
3 hours ago

MCC headquarters positive about extending deadline for ratification of the deal, says Finance Minister
19 hours ago

Does COVID-19 transmit from the dead body of an infected person? Health ministry says ‘no’
7 hours ago
Oli-Dahal meeting ends
40 minutes ago

PHOTOS: Bauddhanath  reopens after more than two months
54 minutes ago

Inspired by Dr KC, Bam says he is ready to die for the people
1 hour ago

MCC headquarters positive about extending deadline for ratification of the deal, says Finance Minister
19 hours ago