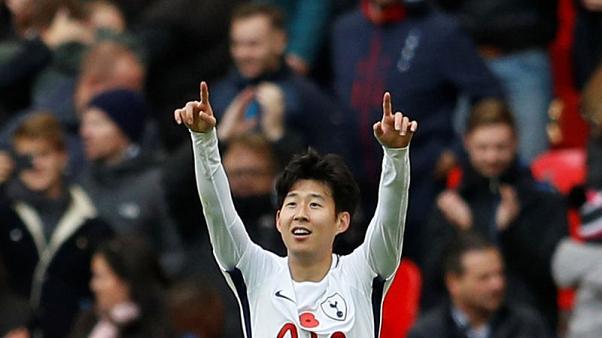 LONDON, Nov 6: Tottenham Hotspur’s Son Heung-min is keen to continue his goalscoring exploits, the striker said as he became the Premier League’s highest-scoring Asian after scoring the winner in Sunday’s 1-0 victory over Crystal Palace.

South Korea international Son surpassed compatriot and retired Manchester United midfielder Park Ji-sung with a 20-yard curler for his third goal of the season across all competitions to get Tottenham a win at Wembley.

”It was a special day for me,“ Son told the club’s website. ”Park Ji-Sung had the record and he’s my idol. He’s a legend. He’s got everything. I have a lot to do to catch him.

“It’s a record which makes me happy. I can enjoy this day but I‘m still hungry. I hope I can score many, many goals for Spurs.”

Son is likely to feature in South Korea’s upcoming friendlies against Columbia and Serbia before league action returns with the north London derby on Nov. 18 as Tottenham travel to Arsenal.

SWANSEA, Oct 3: Bob Bradley has become the first American manager of a Premier League club after being hired by Swansea. Read More...