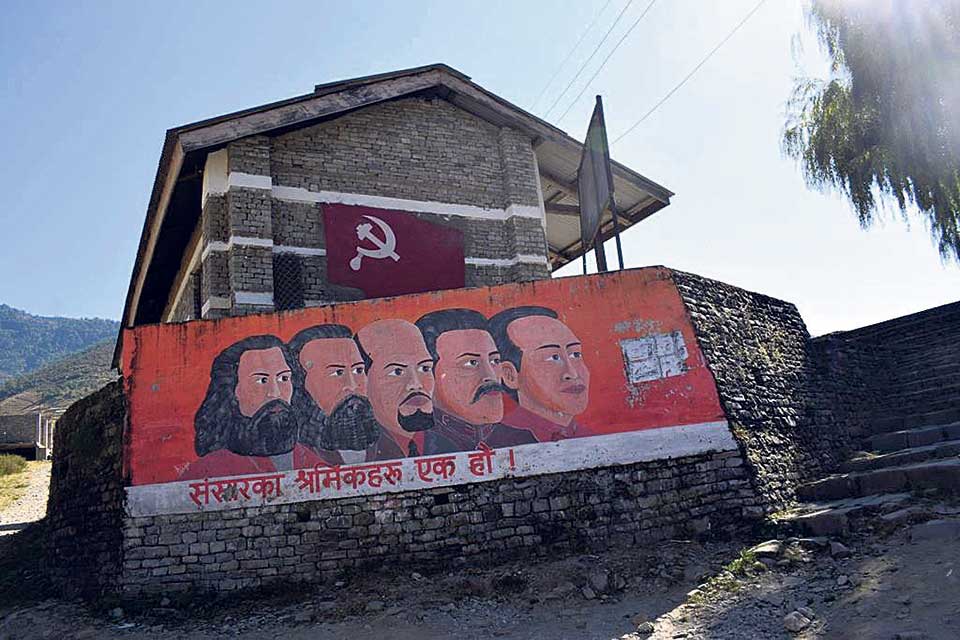 An insurgency era wall painting made by the Maoist in Thibang, Rolpa in this file photo. | Photos: Dinesh Subedi/Republica

ROLPA, Oct 30: For some locals of Thabang is no more the Thabang they remember. One of the locals to feel so is Girish Pun. A former Maoist guerrilla, while sharing such feelings he was referring to the changes that have taken place in this place, which was considered as a Maoist forte during the insurgency. Since the end of war, other political parties have made inroads into this town and have introduced their ideologies. As such, people here now have diverse opinions and follow different ideology.

“There was a time when people here had one single voice on an issue. They would take decision in consensus and no one would oppose it later,” Pun reminisced.  “Elders to young, men and women, all would embrace the same ideas, follow the same ideology. That was how people had remained loyal to the cause of the war,” he added.

A resident of Thulogaun, Pun shed further light on the changing scenario of Thabang. Just like federalism ‘divided’ the country, politics has now divided Thabang and the society, he noted. Thabang had mukhiya (head of the village) culture and this culture brought people together as the villagers followed the path their Mukhiya walked on. The mukhiya would not impose things on people either, he would take decisions by considering people’s interest, he said.

When the war was launched, mukhiya culture was widely practiced in the area. Even after the war, the culture continued though the younger generations did not revere it the way their elders did.  He opined that the mukhiya culture did not die due to ‘modernity’ but actually came to an end due to political division among the locals.

“Earlier, they were one in terms of political ideology. They thought they represent the poorest and the least privileged. So, they remained loyal to the party which claimed to be their refuge. But in the course of time, they saw that leaders cannot trusted and realized that everyone was working for their own petty interest,” notes an elderly man from Thabang village, Rajkumar Roka.

Roka stated that the lack of respect for the so-called communist leaders and opportunist attitude among the locals brought divisions in the society. “Now people in Thabang are not one. They are divided into groups. They fight and struggle with each other. We miss the old Thabang, its unity and beauty,” he remarked.

According to Roka, the division among people has pleased nobody but political parties. While there were all Maoists in Thabang in the immediate aftermath of the insurgency, lately the area is home to individuals to diverse political parties. “Nowadays you can find people loyal to the Maoist, Nepali Congress, Rashtriya Prajantantra Party, and so on,” said Roka.

He opined that Biplab led Maoist party still has a good hold in the area, compared to other parties. “Though the CPN heads the local government here, in reality the Biplab led Maoist faction is more powerful,” he said. “Without his consent, things don’t move in Thabang,” he added.

Some people term the influence also as terror. Biplab has not won people’s heart. It is only that his party cadres terrorize people to enforce their decisions, they claim.

Requesting anonymity, a local of Thabang stated that Biplab wants its hold intact in Thabang. “Biplab has lost his aura elsewhere in the country. He is still dependent on Thabang to project power and therefore he is trying to force his will upon the people here,” he noted.  During the local election, Thabang locals were in dilemma on participating in the elections. They had boycotted elections prior to that to express their disappointment with the leaders that they had elected in the elections prior to that. However, they decided to cast their votes and welcomed the local elections.

“Local election was a huge hope of Thabang locals. People had dreamt of huge change. But things have not gone as expected,” Roka maintained. Roka says he is not happy with other political parties’ inability to counter Biplab’s influence in the area. “We are actually very sad to see that Thabang’s composure and unity has been destroyed,” he stated.

According to Barman Budha, a former lawmaker and the then Maoist leader, the old Thabang is no more in existence. Its strength was in the unity of its people, he says. “Personally, I am still close to the Maoist leaders Prachanda, Baburam, Biplab, Baidhya, all. But they are divided into factions. And this has reflected among us also,” said Budha. He added that gradual arrival of other political parties in Thabang has also led to change in political dynamics.

He opines that not only Thabang, but also the entire country would have prospered if the Maoists had followed the right path. “They did indeed had a vision for changing this society and nation. They had very different spirit back then, but later it was crushed by greed, fear, and challenges,” he added. 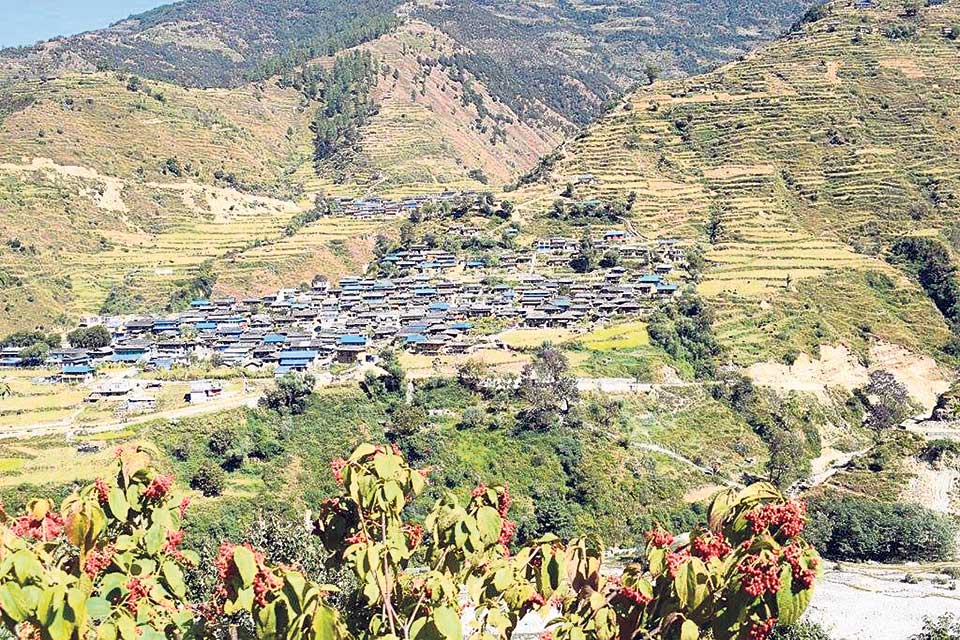 Rabi Lamichhane dismissed from the post of DPM and Home Minister, SC finds him guilty in citizenship and passport case
9 minutes ago

Experts' conclusion: Air accidents increased due to lack of full compliance with ICAO standards
29 minutes ago