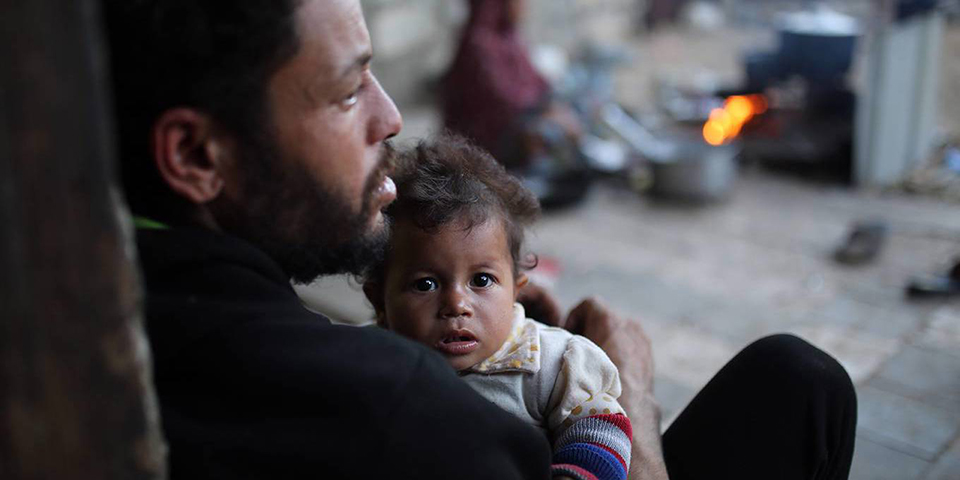 If the US really wants to resolve the Israeli-Palestinian conflict, it should adopt the practical positions that Palestinian negotiators were ready to accept nearly 20 years ago

JERUSALEM – The right of Palestinians (and their descendants) who fled their homes during the 1948 war to return to their ancestral homes has long been one of the most intractable issues in the Israeli-Palestinian conflict. And while US President Donald Trump’s administration seems eager finally to resolve it, its approach is all wrong.

Trump’s team—led by his son-in-law, Jared Kushner, and his lawyer-cum-Israel-adviser, Jason Greenblatt—wants to resettle refugees wherever they are, and to dissolve the United Nations Relief and Works Agency for Palestine Refugees in the Near East (UNRWA), which has been providing humanitarian support since 1949. This plan undoubtedly has Israel’s support, but it utterly fails to acknowledge the needs, interests, and aspirations of the Palestinians.

For starters, Trump’s approach would directly and negatively affect UNRWA’s mandate, which provides five million registered Palestinian refugees in Gaza, the West Bank, Jordan, Lebanon, and Syria with education, health care, and social support. Moreover, it would allow Israel to shed its responsibility for the Palestinian refugee problem once and for all, defying international rules in the process.

According to UN Resolution 194—implementation of which UNRWA was supposed to facilitate—“refugees wishing to return to their homes and live at peace with their neighbors should be permitted to do so at the earliest practicable date.” In addition to the right of return, it stipulates that “compensation should be paid for the property of those choosing not to return and for loss of or damage to property which, under principles of international law or equity, should be made good by the governments or authorities responsible.” All countries, including Israel, accepted this resolution.

According to polls conducted in refugee camps, most Palestinian refugees are not interested in actually returning to what has become the state of Israel. They largely accept the idea of an Israel within its pre-1967 borders, and, as Palestinian President Mahmoud Abbas put it in 2014, they have no desire to “flood” the country with millions of refugees. Moreover, the Arab League and the Organization of Islamic Cooperation both accepted the 2002 Saudi Arabia-sponsored Arab Peace Initiative, which offers Israel veto power over Resolution 194’s implementation.

Abbas has declared that, though he does not want to move back to his birthplace, Safed, he would like to visit. For many, the issue is as much emotional as it is practical.

That is why the first step toward any solution must be for Israel to accept its “moral and historic” responsibility for the Palestinian refugee problem, and recognize Palestinian refugees’ inalienable right to return. Only when Palestinians get that acknowledgement will they agree on a permanent solution for the refugee issue.

Such a solution could involve some refugees, especially those currently living in difficult conditions, moving either to a Palestinian state, to a third country, or – yes – to Israel. But it would also include mechanisms that would limit the return of Palestinian refugees to Israel.

That was essentially the offer Palestinians made in 2000, toward the end of Israel Prime Minister Ehud Barak’s tenure. Palestinians and Israelis seemed to be progressing toward an agreement to allow 100,000 Palestinians to return to Israel, which would also contribute money to resettle refugees and to an international fund that would offer some compensation for property loss.

Nearly 20 years later, that plan—which would permit some refugees to return on the basis of what Israelis would consider family reunification, while Palestinians could claim that it was based on the right to return—is what US officials like Greenblatt should be building upon. They should recognize that a major sticking point in 2000 was Israel’s stubborn refusal to accept responsibility for the refugee problem.

Pushing back against such stubbornness is crucial to progress. Defunding UNRWA—a flagrant attempt to bring about its demise—has the opposite effect, as does insisting that Palestinian refugees be resettled where they are.

The Trump administration’s as-yet-undisclosed peace plan is supposed to attract support from Palestinian business leaders at an “economic workshop” to be held in Bahrain later this month, by promising to bring tens of billions of dollars in foreign investment. But those leaders—as well as the Palestinian government—have largely dismissed the effort. In the words of Prime Minister Mohammad Shtayyeh, the only way to resolve the conflict is “through political solutions to end the occupation and realize the rights of our people.”

There is still time for the Trump administration to adopt a new approach. Scholars at Canada’s McGill University have documented in minute detail what such an approach—one that heeds current political realities, and respects Palestinian needs and aspirations—could look like.

In May 1949, the UN adopted Resolution 273 admitting Israel as a member state, because Israel had pledged to cooperate with the ad hoc committee entrusted with implementing Resolution 194. Instead of fulfilling that promise, Israel has left the hard work of supporting Palestinian refugees to UNRWA for seven decades. And thanks to the Trump administration, even that lifeline is now being cut.

If the US really wants to resolve the Israeli-Palestinian conflict, it should adopt the practical positions that Palestinian negotiators were ready to accept nearly 20 years ago, as part of a deal that also included an independent Palestinian state. And it should push Israel to do the same. In the meantime, it needs to support, rather than undermine, the critical work of UNRWA.

DAMAK June 8: The Bhutanese refugees living in different camps in eastern districts of the country have extended congratulations and... Read More...