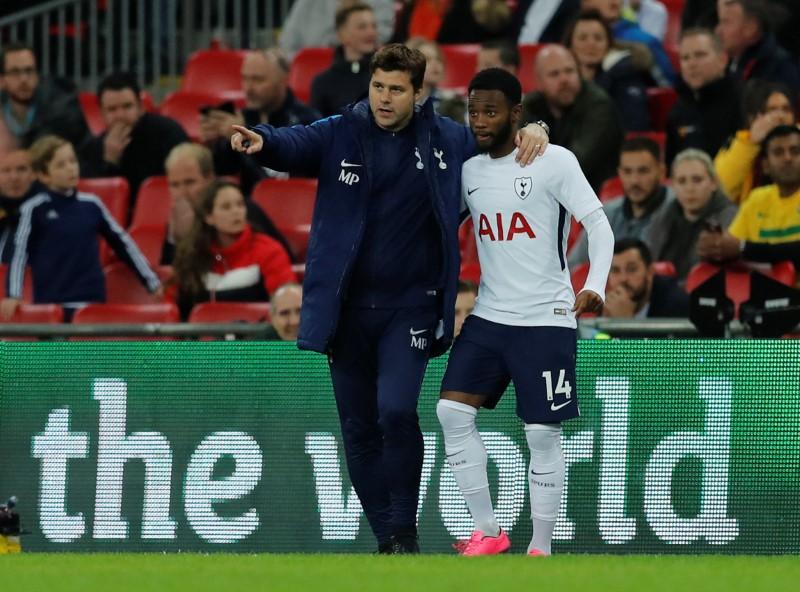 LONDON, Oct 26: It may only be October but Saturday’s clash between Manchester United and Tottenham Hotspur at Old Trafford is already shaping up as an early-season eliminator to challenge runaway leaders Manchester City for the Premier League title.

Despite being at home and above Spurs on goal difference, second-placed United will be very wary of the league’s team of the moment.

Tottenham’s 4-1 destruction of Liverpool last week, soon after United’s uninspiring goalless draw at Anfield, means the visitors will arrive full of confidence despite their shock 3-2 defeat by West Ham United in the League Cup on Wednesday.

“Spurs know it will be a measure of themselves playing there,” former United assistant manager Mike Phelan told Sky Sports. “But I don’t think (the two results) will change Jose Mourinho’s mentality. The expectation at Old Trafford is always to win.”

That will not be easy against a team of so many permutations. Against Real Madrid, Spurs played with a target man, Fernando Llorente; for Liverpool it was the blistering pace of Son Heung-min alongside Harry Kane.

In Kane, Spurs have a striker in hotter form than even United’s Romelu Lukaku with nine goals in six games while their defence look a more coherent unit than United’s in the continued absence of Eric Bailly.

While the expected return of Phil Jones should ensure no repeat of last week’s disasters in the 2-1 defeat at Huddersfield Town, Mourinho’s sharp criticism suggested all is not right in United’s camp and the absence of Paul Pogba has deprived them of their early-season swagger.

There was also something missing from Manchester City in midweek, although despite not scoring for 120 minutes against Championship leaders Wolverhampton Wanderers in the League Cup they triumphed in the penalty shootout.

Sergio Aguero still seeks the one goal that will make him the club’s all-time record scorer and will back himself against West Bromwich Albion on Saturday, assuming tinkerman Pep Guardiola lets him on the pitch.

City have already won at the Hawthorns this season, 2-1 in the League Cup, and return to find Albion without a victory in eight matches and now up against three of the league’s top four in their next four matches.

Manager Tony Pulis believes the strength of the promoted teams will put a premium on Premier League survival this season and could find the club’s nine-year stay in the top tier under threat.

Liverpool’s manager Juergen Klopp is another feeling the pressure, although for different reasons. Bruised by last week’s shambolic performance at Wembley, Klopp needs an immediate response against a Huddersfield team fresh from beating United and managed by the best man at his wedding, David Wagner.

The pair remain good friends but sentiment will not be on show on Saturday when Klopp cannot afford another setback. He may decide to put his faith in Joe Gomez in central defence in place of Dejan Lovren, who he substituted after half an hour against Spurs.

Elsewhere, David Unsworth leads Everton as caretaker manager at Leicester City who, if they do not make a permanent appointment by Sunday, will again run out under Michael Appleton, who has won both of his games in temporary charge.

Arsenal should have enough firepower to see off Swansea City while Watford look to continue their impressive season at home to another of this season’s strugglers, Stoke City.

United offer hope to Spurs with 2-0 win over Chelsea