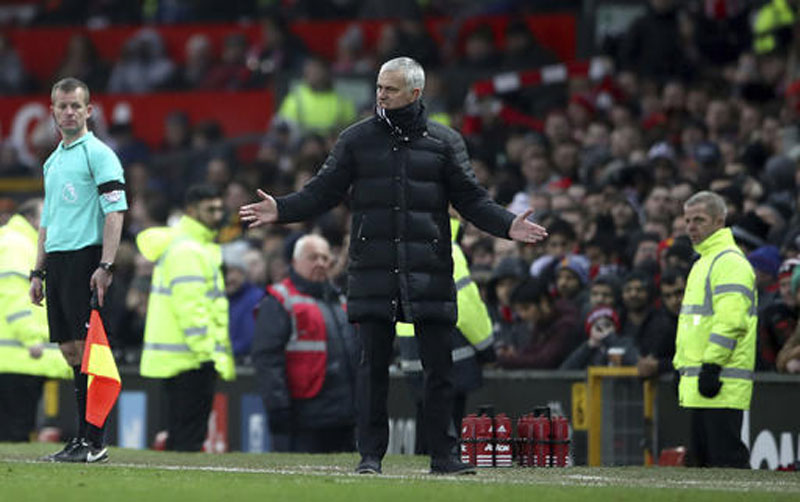 LONDON, Feb 14: The Europa League is often viewed as an unwanted distraction by English Premier League managers as they chase a more prestigious Champions League place.

But while finishing in the top four still remains the priority, the incentive of a ticket into theChampions League for the Europa League winner, introduced in 2015, has changed perceptions.

Their clubs head the betting to lift the Europa League trophy after it resumes on Thursday.

Mourinho said in November that giving the winner of the Europa League a Champions League place gave the competition a "different meaning," and he was unlikely to field a weakened side despite United's hectic fixture schedule.

As well as chasing a top four spot in the Premier League - United is in sixth place -- it has reached the fifth round of the FA Cup, and plays in the League Cup final against Southampton on Feb. 26.

The prospect of United's Paul Pogba, the world's most expensive player, coming up against his older brother Florentin, a defender for Saint-Etienne, has given the game an extra edge.

"It's something for the whole family to enjoy because I don't know if it will happen again," Florentin told UEFA.com.

"My parents will have mixed feelings because whatever happens there will be one winner and one loser. However, there are two winners because this game will be an unforgettable occasion."

Spurs enter the Europa League after being eliminated from the Champions League in the group stage, and Pochettino, like Mourinho, has more of a positive view of the competition now.

"We need to think of it as a good opportunity to win a trophy," he said.

Spain's Villarreal, which reached the semifinals last season before losing to Liverpool, would have hoped for an easier draw than Roma.

Luciano Spalletti's Roma, second in Serie A, has won eight of their last nine matches in all competitions. They possess one of Europe's leading marksman in Edin Dzeko, who netted his 25th goal of the season last weekend. Dzeko, however, will not take a penalty should Roma be awarded one having missed his last two spot-kicks.

Germany's Borussia had the misfortune to be paired with Barcelona and Manchester City, as well as Celtic in its Champions League group, but still picked up five points from six games.

Borussia has never lost a home game against Italian opponents, and has a new coach in the dugout since the group stage finished; Dieter Hecking replaced Andre Schubert.

Shakhtar is the only side to win all six of its group stage fixtures and averaged 3.5 goals per game

Zenit's new signing, Branislav Ivanovic, was a Europa League winner with Chelsea in 2013. The Serbian defender scored the winning goal in stoppage time to defeat Benfica in the final. In midfielder Giuliano, Zenit has the joint leading scorer in the competition with six. Athletic Bilbao's Aritz Aduriz also has six.

VIGO, May 5: Marcus Rashford was decisive again, scoring from a free kick in the second half for Manchester United... Read More...