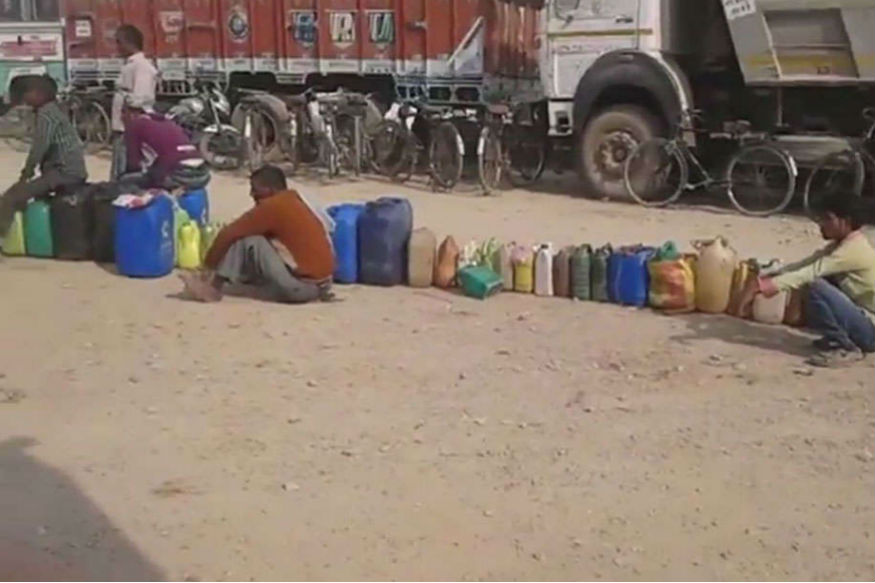 LUCKNOW, INDIA, May 30: As fuel prices have risen to historic highs, people living along the Indo-Nepal border areas of Uttar Pradesh have found out a new way to cope with the fuel prices: they are smuggling in petrol and diesel from neighbouring Nepal.

They are getting it in cans after filling their vehicle’s fuel tank to capacity. The difference between the fuel price in India and Nepal is about 12 to 13 rupees per litre, which is good enough to motivate people to take this step.

In the Bahraich district of Uttar Pradesh, which touches the Indo-Nepal border, people are driving their vehicles to get their tanks topped up and also some of them are carrying huge cans to smuggle the fuel as well.

Surprisingly, the presence of Border Security Force (BSF) in this area also can’t do much about the new way to save money.

Interestingly, India supplies petroleum products to Nepal and 250 tankers of fuel are supplied daily to the neighbouring country. The prices of petroleum products in India are at an all time high due to several taxes being levied upon it by the Centre and the states, whereas in Nepal there is a single tax regime.

This move by Indians is giving 15 to 20 percent increase in profits to the petrol pump owners on the other side of the border.

An officer with Nepal Oil Corporation, Jagdish Yadav said, “There is an increase of about 15-20 per cent in the sale of petrol in the last few days near the Indo-Nepal border.”

Taking cognizance of the current situation, SP Bahraich, Sabha Raj has said strict action will be taken against people who are found involved in smuggling of fuel.

“I have been informed about the matter. We will take strict action against those involved and will also take precautionary measures in the future,” he said.

KATHMANDU, May 22: Though price of petroleum products has fallen, the Nepal Oil Corporation (NOC) seems to be in no mood... Read More...