Why cargo is piling up at the Indo-Nepal border 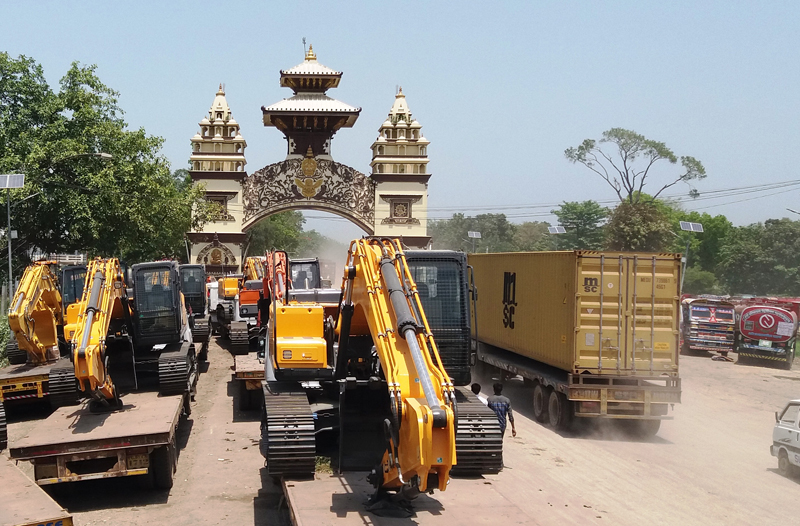 KOLKATA, Mar 12: Vishnu Chowdhary, CEO of the Concor-operated Himalayan Terminal at Birgunj in Nepal, is worried.

Ten rakes carrying nearly 900 containers (with Indian and third country imports) will report to his terminal in the next few days. He is expected to unload the cargo and return the empty boxes. The faster he completes the process, the higher is the turnaround of rakes and profits. But Chowdhary barely has empties. His stack-yard is nearly full with 800 loaded boxes, as Nepalese importers have nearly stopped taking delivery of cargo for the past few days.

The Himalayan Terminal is no exception. The issue has hit all the major trade points across the India-Nepal border starting from Bhairawa (Nepal)-Sunauli (UP) to Kakarvitta (Nepal)-Panitanki (West Bengal). Sources report a huge stockpile of imported vehicles at the Birgunj border.

Nepal is witnessing a spike in demand for imports riding on strong consumer demand. But, from the beginning of this year, importers have been slow in taking delivery of cargo. As in February, Chowdhary had to run three empty rakes due to lack of empties. The crisis accentuated to a new level in March. And, if not resolved early, it will impact trade.

According to sources in Nepalese industry, the root of the problem lies in a liquidity crunch followed by a recent directive of the country’s finance ministry to asses customs duty based on recommended value rather than the declared value of goods.

“Not taking delivery of the container is costly, as the shipping lines will charge huge demurrage. It may happen when the importer runs out of money,” said a Nepalese trader.

Analraj Bhattarai, a former banker who is now setting up Nepal’s first rating agency, confirmed that Nepal is hit by a “severe liquidity crunch” leading to an interest rate war and choking of the credit flow.

The country has been reeling under a liquidity crunch for the past two years for a variety of reasons. Mainly, the government is more proactive in collecting revenue than pacing up capital expenditure. During the first half of the 2017-18 Nepalese year, beginning July, capital expenditure was only 23 per cent of the budgetary allocation.

Meanwhile, Nepal is witnessing a middle class driven sharp rise in consumer demand over the last couple of years, which is reflecting in its widening trade gap. Remittance is the primary source of this demand growth.

But Nepalese banks are not ready to handle this demand growth. The Himalayan country has as many as 26 class-A banks (and at least 36 development banks and finance companies), with limited source to raise deposits.

To add to the complexity, the country’s central bank imposed a steep 80 per cent credit, capital and deposit (CCD) ratio to restrict broad money supply to check inflationary pressures. Bhattarai said adoption of Basel-III norms would increase the lendable fund of the banks.

But till that happens, the interest rate is shooting up. The lending rate has doubled to over 15 per cent in a year with fixed deposits fetching as much as 11 per cent (in some cases even higher).

“The spiralling of interest rates is surely impacting trade,” Bhattarai said. He anticipates the change in valuation method, introduced by the Nepalese finance ministry two weeks ago, adding to the trouble.

The finance ministry aims to prevent under-invoicing of goods, which is reportedly rampant. But the timing is wrong. “Many importers stopped taking deliveries fearing huge payout in duties in penalties,” said a source.

EXCLUSIVE: Why everything the Western media tells you about Venezuela is lies

LEEDS, July 5: Over the course of two tumultuous decades, the US government has determinedly endeavored to destabilize, undermine and... Read More...