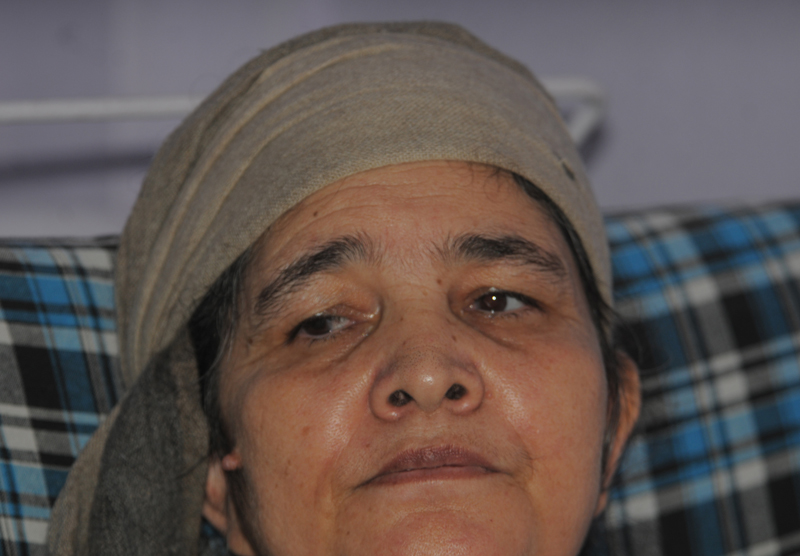 KATHMANDU, June 17: A sit-in was held today near the Prime Minister's official residence, Baluwatar, demanding the guarantee of the life of Gangamaya, who has been on a fast-onto-death for long, calling for justice to her murdered son.

Her son Krishna Prasad Adhikari was murdered after abduction by the then Maoist cadres during the Maoist insurgency in the country.

'Save Gangamaya Campaign' organised a sit-in demanding her life, immediate enforcement of the court verdict handed on the case relating to the murder of Krishna Prasad of Phujel, Gorkha and justice to all survivors of the conflict.

Krishna Prasad was shot dead on June 6, 2004 in Chitwan when he had been there to meet his grandparents. Later, his father Nanda Prasad died on September 22, 2014 due to untiring fast-onto-death for justice to his son. The dead body of Nanda Prasad is still in the Tribhuvan University Teaching Hospital (TUTH) because Gangamaya refused to perform the last rights of her spouse until justice was guaranteed to the victim family. RSS

KATHMANDU, Jan 1:  A sit-in has been organized near the official residence of the Prime Minister at Baluwatar Monday, demanding Dhankuta... Read More...

Man thanks iPhone’s Siri for saving his life in explosion

A New Hampshire man who was injured in a house explosion is thanking Siri for saving his life. ... Read More...

KATHMANDU, April 2:  Coordinator of  Naya Shakti Nepal (NSN) has been taken under control by the security personnel as the... Read More...