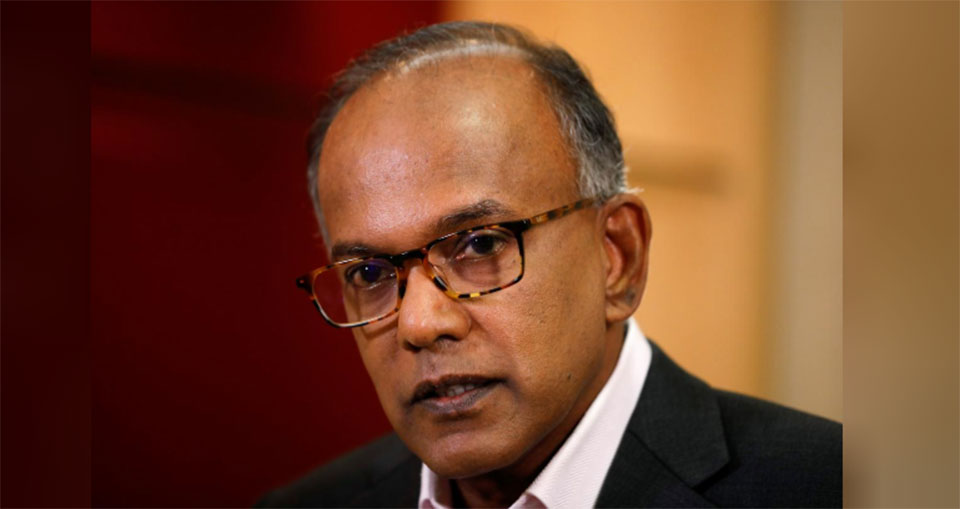 SINGAPORE, Aug 1: Drug trafficking into Singapore, which has some of the world’s toughest drugs laws, has risen recently, the law minister said on Wednesday, and he defended capital punishment for serious drug crime as reflecting public support.

Rights group Lawyers for Liberty warned of an “execution binge” after it said a number of prisoners on death row in Singapore had their requests for presidential pardons rejected this month.

“We have seen an increase in the number of people coming in from countries trying to traffic,” Minister of Law K Shanmugam told Reuters.

He did not elaborate on what type of illegal drugs were being smuggled in.

The wealthy city-state has a zero-tolerance policy for illegal drugs and imposes long jail terms on convicted users. It has hanged hundreds of people - including dozens of foreigners - for narcotics offences over past decades, rights groups say.

Malaysian-based law reform and rights group Lawyers for Liberty said this month that up to 10 prisoners in Singapore had their clemency petitions rejected in July.

“It indicates that Singapore is preparing for an execution binge, in total disregard of international legal norms and decent world opinion,” the group said.

Singapore does not disclose publicly information about clemency petitions and decisions.

Singapore, which has warned against a global trend to ease drug laws, reported 13 executions in 2018 - 11 for drug offences. Amnesty International said it was the first year since 2003 that the number hangings reached double-digits.

Globally, Amnesty recorded the lowest number of executions in the past decade in 2018.

Shanmugam said the higher number of executions last year was also partly due to a hiatus in executions over several years as the government reviewed the death penalty.

He said there remained “very strong support for the government’s current position” on drugs even as some neighbouring countries ease their tough stands.

In Thailand, there has been debate on broader liberalisation of laws around marijuana after the drug was legalised for medical use and research in 2018.

“In the places where they have legalised marijuana ... crime has gone up ... medical costs and hospitalisation costs have gone up significantly, much more than the tax dollars that the state had hoped to receive,” he said.

“Leave aside the economic costs, the social costs in terms of lives and the trauma and families has been very significant.”

Trump says meeting with DPRK's Kim in Singapore on June 12

WASHINGTON, May 10: U.S. President Donald Trump tweeted on Thursday that his meeting with the top leader of the Democratic... Read More...