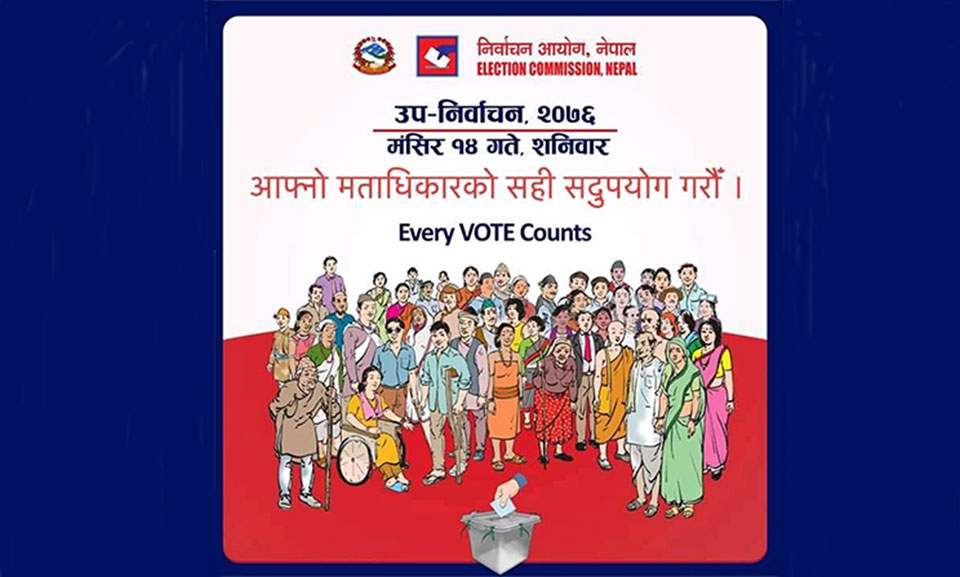 KATHMANDU, Nov 28: The Election Commission (EC) has enforced 'silence period' from midnight Wednesday for the November 30 by-elections. The silent period was enforced after completing all logistical and administrative preparations from the election body.

Issuing a press statement on Wednesday, the EC urged the political parties, their candidates, office bearers, civil society organizations, media and voters not to carry out any kind of publicity campaign until the voting concludes.

The parties should stay away from holding election campaigns and stop using SMS, and social media to canvass votes. Prior to voting, all stakeholders have to remove their respective election symbols, publicity materials including posters and banners put up in the periphery of 300 meters of the polling centers.

Additionally, use of stickers, caps, logos, bags and scarfs among other things symbolizing particular candidates or political parties are prohibited. The media should refrain from disseminating news for the publicity of candidates and political parties.

The election body is holding elections in all three levels — local, provincial and federal—to fill 52 vacant positions in 37 districts including a seat of federal parliament after leaders elected in the 2017 elections died or resigned. The by-election will elect three members of provincial assembly in Baglung, Bhaktapur and Dang districts.

KATHMANDU, Dec 8: After holding the by-elections successful, the Election Commission (EC) is gearing up to hold election of the... Read More...