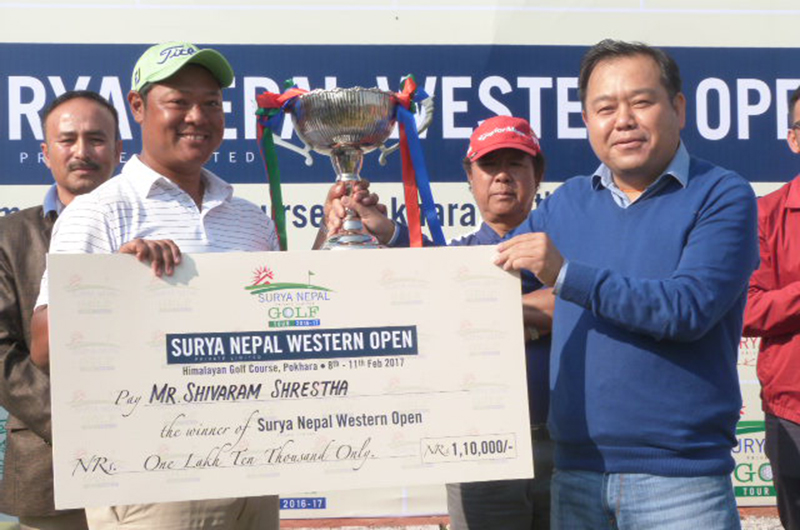 Shrestha carded six-under 64 on Friday at the par-70 course to post a total score of nine-under 201. Bhuwan Nagarkoti remained in the second position in the third event of the Surya Nepal Golf Tour 2016-17. Nagarkoti remained nine-shot behind the winner.

Shrestha broke two records in the process. He bettered his previous course record of five-under by one shot and broke Dhana Thapa’s record of five-under winning total in 54-hole competition. It is the 33rd major trophy for Shrestha. He earned the check of Rs 110,000 along with the trophy.

Nagarkoti finished second with the total score of even-par 210 after he carded two-under 68 in the final round. Defending champion Dhana Bahadur Thapa played one-over 71 to finish third at two-over 212. Deepak Magar (72) and Rabi Khadka (69) shared the fourth position at 216.

Kamal Tamang won the amateur section title with the total score of 11-over 221 while Yub Raj Bhujel was second in count back after he was tied with Mithun Rai at 234.

Why nations fail: Lessons for Nepal
6 hours ago

Bangladesh moves ahead with Rohingya refugee relocation
45 minutes ago