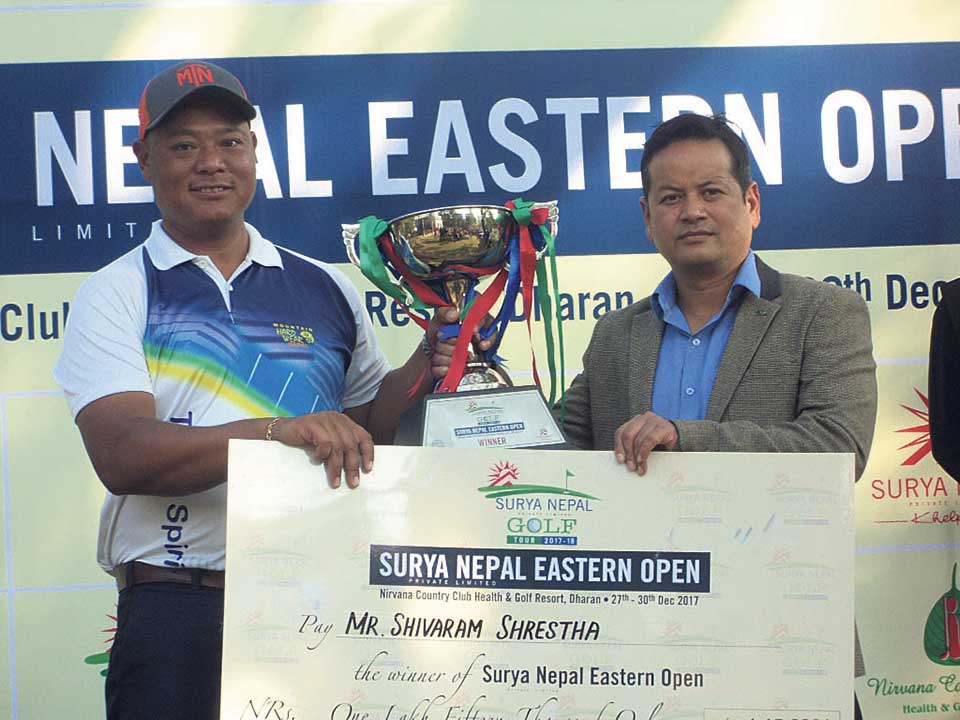 Rai won the amateur trophy on count back as his score for last 36 holes was at four-under compared to Karki’s two-under.

Shiva Kumar Majhi finished fourth among the professionals with the total score of one-over 211. He scored two-over 72 on Friday and got 42,000.

Surya Prasad Sharma, Deoraj Pakhrin and Suman Rai were tied ninth at five-over 215 and got Rs 22,000 each.

Pro-am event is scheduled for Saturday in which 15 professionals and 45 amateurs are scheduled to take part.