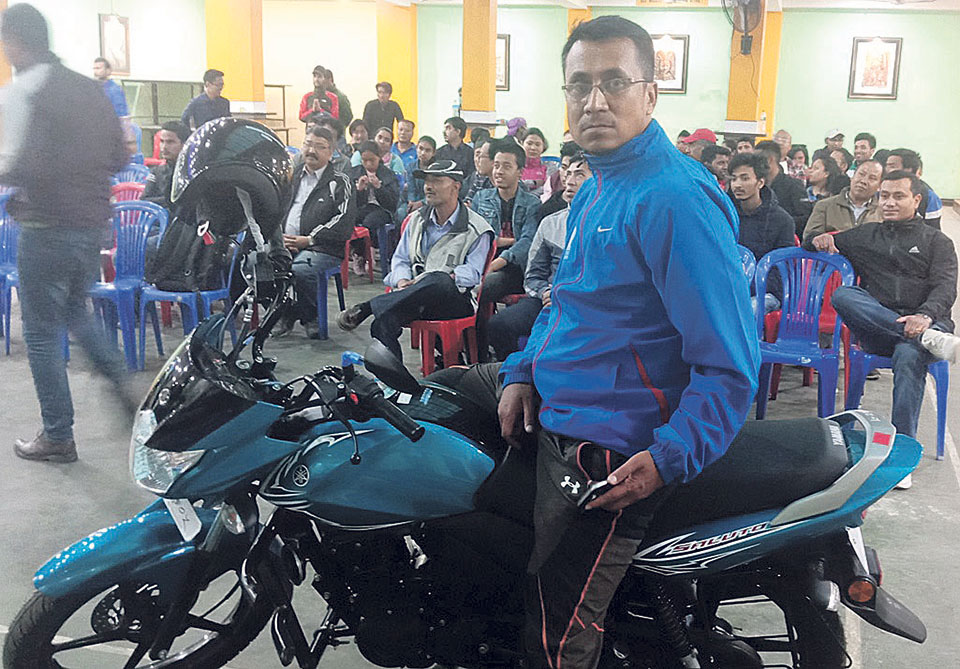 Keshav Shrestha of Golden Gate College poses with the motorcycle he won after defeating Kshitiz Bhandari of Swagatam Sakosh in the final of Ganeshman Singh Memorial Cooperative Cup Chess Tournament in Lalitpur on Monday.

In the tournament played in Jawalakhel, Shrestha beat Swagatam Sakosh’s Kshitiz Bhandari 1.5-0.5 to lift the title.

Shrestha was rewarded with a motorcycle, while Bhandari took home Rs 50,000.