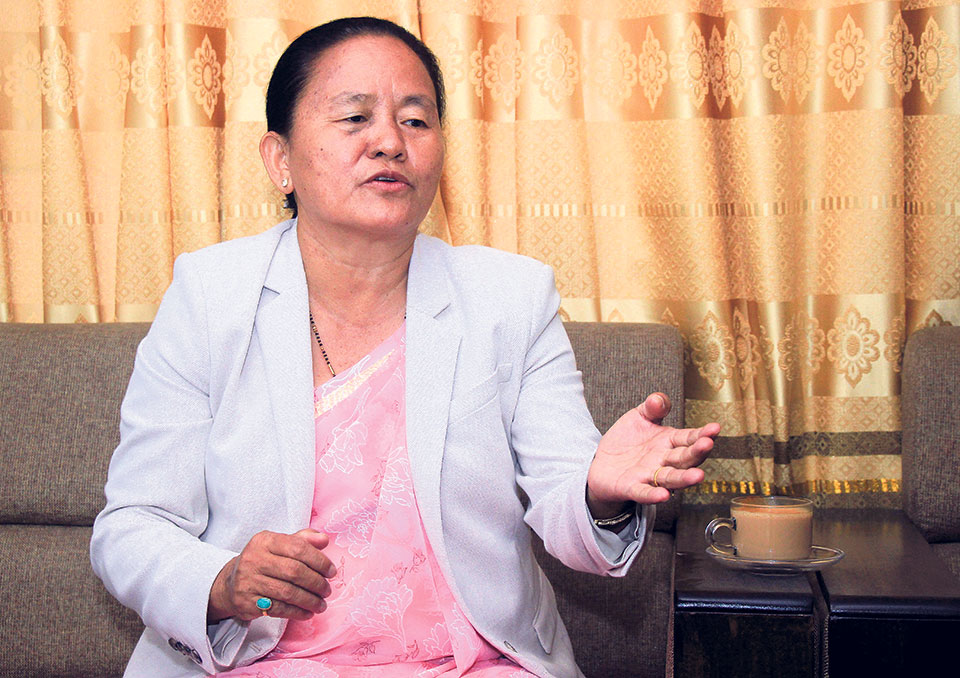 It seems that the quota system is not going to go away any day soon as long as our old fogies rule our land from their couches. Our political parties claim to be democratic but its own netas are autocratic losers who favor byaparis and mundrey dons over loyal, hardworking cadres when it comes to distributing tickets to fight elections. Our netas love contractors more than their cadres.

Our netas have destroyed their own political parties so that a few of their near and dear ones can make the moolah and live their lives in luxury while millions of us have to go overseas to make a few Dinars and Ringgits. Our netas seem to know that power does not last forever and maybe that’s why they are in a hurry to destroy everything while making tons of dough before they run away when the going gets tough.

We were happy when we had our women as the Speaker of the House, as the Chief Justice and as our Madame President. But it seems that our netas do not want women to be in power and are scared of our naaris. Yes, we do have our Madame President but she is busy cutting ribbons and flying around instead of being our guardian. Once again, this country has the chance to have a woman lead the House but it seems that Oli Ba and our Emperor want their own courtier as the Speaker. This country is now ruled by our mini-maharajas who will not stop promoting nepotism and corruption till there is no one to extort from.

It’s sad that her own party has asked her to step down. What’s wrong with Shivamaya Tumbahanphe? Nothing. She is probably the most competent person to be our Speaker. She holds a PhD in political science from TU. She has been active in politics for the past four decades. She has been a loyal cadre of her party. But all that is not enough for our old buffoons who like to make deals left and right for everything from justices, ambassadors, government secretaries and more.

Shivamaya is right when she tells our greedy politicians that she does not have to follow any directive from her own party as the parliament is an independent institution. So instead of asking her to resign, our great communist government can field a candidate for the position of the Speaker and then start their own natak. Our communists brag about their majority in the House but it seems that our comrades can’t even decide on whom to nominate as their candidate for Speaker.

If our communists really do talk the talk then they should nominate Shivamaya as the candidate for the post of Speaker and let the opposition wallahs get the deputy speaker position. It’s that simple but our netas have different priorities. Our politicians spend most of their time worrying about how to make that extra moolah because they know that the free illegal money will dry up when they are out of their kurchis. This country is going down the drain because our netas spend most of their time looking after transfers and lucrative postings for government employees who can hand out boras of cash. They make deals with byaparis for their own self-interest while the country goes broke.

Our political parties have failed to comply with the Election Commission’s directive to ensure 33 percent representation of women in the central committee of their parties. I think it’s time our women leaders from different political parties joined forced to form their own ‘women’ party. We have seen the Congressis, the Communists, and the Madhesis and even the Pancheys and none of them turned out to do any good for this country. It’s about time our mothers, wives, sisters and girlfriends work together to form the first-ever ‘all-women’ political party in this great nation of ours.

We are tired of old men making our lives miserable. We are tired of political cadres making millions while our villages now have only senior citizens and babies while the youth go to foreign lands in hopes of providing for their families. We are sick and tired of the massive loot committed by those in power.

Therefore, it is now high time our ladies show our old fogies who really rule the world. It’s about time all our Nepali women leaders, students, activists, housewives and the rest seriously think about forming a political party to take Nepal to greater heights. And let’s just make one exception. Let us not have Sujata Auntie in the new political party. She’s already done enough and we know her level of competency.

We, men, have failed miserably and even though our communists talked about equality and women empowerment, they have failed to walk the walk and have shown us their true colors. It’s time women showed us the way and take us to the promised land because men have failed to throw away the patriarchal mindset prevalent not only in politics but in society itself.

Wave of announcing candidacy though election date not announced yet

KATHMANDU, June 22: Many people have started announcing their candidacies even when the date for the election to the House... Read More...

36 political parties registered in Jhapa for May 13 local polls